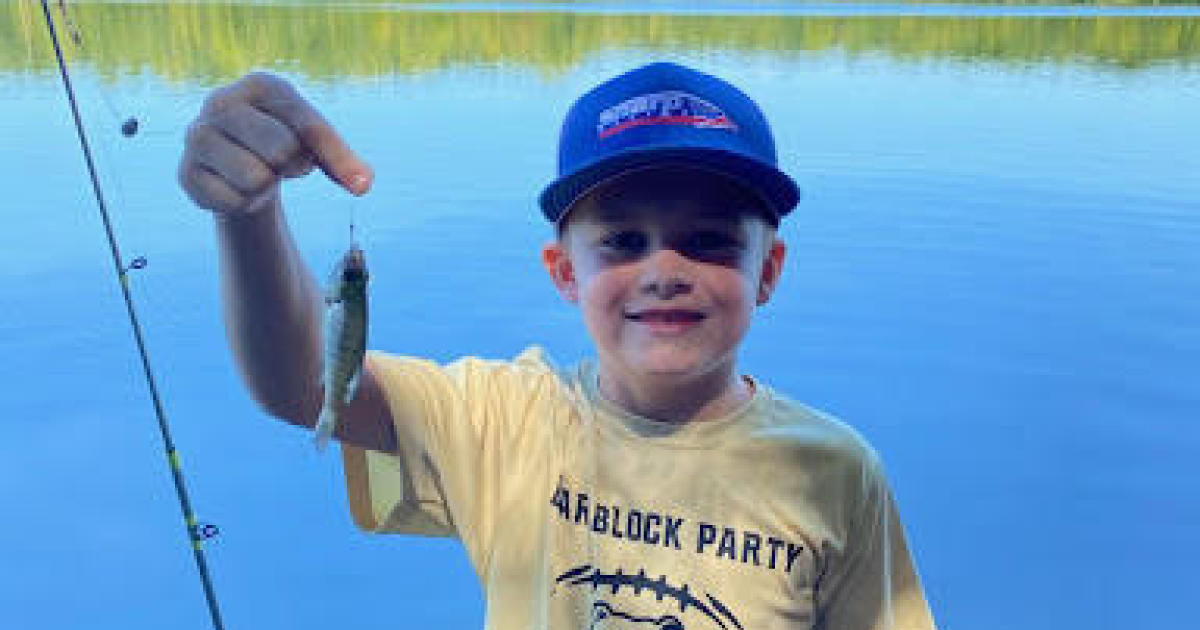 Update: After this story aired, Rachel Moyer, who runs the Greg Moyer AED Fund, shipped an AED to Decker’s parents, who will carry it with them to Decker’s sports activities.

A Tennessee family is hoping their fight to get a lifesaving medical device for their son highlights the need for doctors — and not insurance companies — to make crucial health care decisions.

The boy, 7-year-old Decker Sharp, is smart, athletic, funny and gives the best hugs, his mother told CBS News. But Decker was born with congenital heart defects — specifically, an atrioventricular septal defect and pulmonary stenosis. That means his heart was filled with holes and the pulmonary valve was too narrow, according to his family, who lives in Nashville.

Looking at Decker, one wouldn’t know anything is wrong, but there’s another problem lurking. Decker’s ascending aorta is essentially thinning and there’s pressure building in his heart, the family said.

Decker also loves to play sports, which is something that runs in his family. His father, Doug Sharp, was a U.S. Olympian who won a bronze medal in bobsledding in 2002. Decker’s pediatric cardiologist is allowing the boy to play sports, but she told his parents that they need to carry around an automated external defibrillator, or AED, at his sports events. The device is used to shock someone’s heart.

The cardiologist, Dr. English Flack, who works at Monroe Carell Jr. Children’s Hospital at Vanderbilt, believes Decker may be at risk for sudden cardiac death while exercising because of his aortic stenosis, which is the result of his congenital heart defect. She told the family that she worries Decker’s first cardiac arrest would be a big one — and the last as it could kill him.

But Anthem, the insurance company for Decker and his family, denied the doctor’s prescription for an AED.

In a statement to CBS News, Anthem said it made the decision after carefully reviewing the case, its medical policies and the medical literature regarding use of AEDs for atrial septal defects.

“The existing medical evidence does not support that AEDs offer benefit to patients with atrial septal defects, and as a result, these devices are not a covered benefit under the family’s heath plan,” the statement reads.

CBS News’ David Begnaud noted that if Flack were to say that Decker needs to have an implantable cardioverter defibrillator (ICD) connected to his heart, which is not what she’s recommending at this point in his life, the insurance would cover it. But her prescription for the parents to carry around an AED to save their son’s life given his high risk of sudden cardiac arrest has been denied.

An AED is not used to fix a heart defect, but it is used to save someone’s life if a person with a defect goes into sudden cardiac arrest. That’s why an AED is needed. The device, which costs between $1,000 and $3,000, is also recommended by the American Medical Association and can be found in almost every ambulance in America.

“We are disappointed in Anthem’s decision, but unfortunately not surprised,” Decker’s family said in a statement. “Our hope remains that this will start a conversation to set parameters around when AED coverage is appropriate. They certainly save lives. Moreover, we whole heartedly believe doctors should lead healthcare decisions, not insurance companies.”

“We understand Decker’s parents’ concern given his condition. Our clinical team has carefully reviewed and re-reviewed Decker’s case, our medical policies, and the medical literature regarding use of AEDs for atrial septal defects. The existing medical evidence does not support that AEDs offer benefit to patients with atrial septal defects, and as a result, these devices are not a covered benefit under the family’s health plan.

“Anthem Blue Cross and Blue Shield’s appeals process does afford the family additional review from an independent physician should they want to exercise that option. This process provides further opportunities for new or additional facts and circumstances to be considered in the coverage decision. Anthem’s coverage policies are based on evidence-based medicine utilizing medical society position statements, leading peer-review medical journals and input from physician specialists across the country.”

David Begnaud is the lead national correspondent for “CBS Mornings” based in New York City.