An eighth Amazon warehouse employee has died from COVID-19

An eighth Amazon employee has died of COVID-19. The news comes as the company is under scrutiny for failing to be more transparent about the wider number of infections among its warehouse workers. 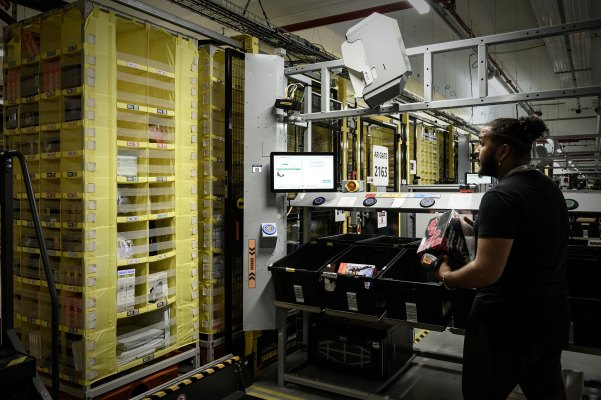 A spokesperson confirmed the reports of the death, telling News Journos, “We are saddened by the loss of an associate who had worked at our site in Randall, Ohio. “Her family and loved ones are in our thoughts, and we are supporting her fellow colleagues.”

According to the company, the worker in North Randall, a village outside of Cleveland, was sent home from work on April 30. She received a positive test a little over a week later, on May 8. Amazon says it notified fellow employees of the death and has provided counseling to colleagues.

The overall number of Amazon workers who have tested positive for the virus remains a mystery. The company stands by its decision not to disclose such information. “We don’t think that number is super valuable,” it has said previously. In a statement provided to News Journos, it added:

Our rates of infection are at or below the rates of the communities where we operate. We see that in our quarantine rates as well. Quarantine rates are a critical part to understanding what’s happening in the workplace – it shows that our hard work around social distancing is paying off. Unlike others who hide beyond HIPAA, we alert every person at the site anytime there is a confirmed diagnosis. This alert to employees is a direct text message noting when the person with the confirmed diagnosis was last in the building.

The lack of transparency is one of a number of sources of criticism surrounding Amazon’s COVID-19 response.

While the company has repeatedly maintained that it has done all it can to protect the employees in its fulfillment centers, potential exposure to the virus among warehouse workers is difficult to avoid, even with the proper PPE. Earlier this month, a letter from 13 state attorneys general demanded that Amazon disclose the number of workers who have been impacted by the virus.

“We have requested but not received information on how many of the Companies’ workers have been infected with COVID-19, and how many have died from it,” the letter reads. “Please provide a state-by-state breakdown for each Company with this information.”

Earlier this week, The New York Times noted one particularly hard hit warehouse in northeastern Pennsylvania, where more than 100 workers have apparently tested positive for the virus. The exact figure is unknown, as Amazon will not disclose it. Yesterday, the Milwaukee Journal Sentinel noted that at least 30 workers at the nearby Kenosha warehouse have tested positive for the virus.

As more housebound Americans rely on Amazon for deliveries, workers have largely fallen under the “essential services” guidelines issued by many states. In mid-May, the company extended its $2 an hour “hazard pay bonuses” through the end of the month. Amazon confirmed that it will return to standard salaries, come June, stating:

To thank employees and help meet increased demand, we’ve paid our team and partners nearly $800 million extra since COVID-19 started while continuing to offer full benefits from day one of employment. With demand stabilized, next month we’ll return to our industry-leading starting wage of $15 an hour.

The company has been subject to additional scrutiny over the firing of several employees that have raised public concerns over its treatment of workers during the crisis. While Amazon has repeatedly denied the firings were retaliation, the reports were enough to warrant another letter, this time from a number of high-profile senators, including Elizabeth Warren and Bernie Sanders.

Our rates that we have by site vary and vary almost entirely based on the communities of which our associates live. What we see is that our rates of infection are at or below the communities we’re operating in at almost all of our facilities. And, we see that in our quarantine rates as well. Quarantine rates are a critical part to understanding what’s happening in the workplace – it shows that our hard work around social distancing is paying off. Unlike others who hide beyond HIPPA, anytime there is a confirmed diagnosis we alert every person at the site. This alert to employees is a direct text message noting when the person with the confirmed diagnosis was last in the building —even if it’s been a month or more.

Our top concern is ensuring the health and safety of our employees, and we expect to invest approximately $4 billion from April to June on COVID-related initiatives to get products to customers and keep employees safe. This includes spending more than $800 million in the first half of the year on COVID-19 safety measures, with investments in personal protective equipment, enhanced cleaning of our facilities, less efficient process paths that better allow for effective social distancing, higher wages for hourly teams, and developing our own COVID-19 testing capabilities, etc.