Morrison made the announcement from the capital, Canberra, after he lodged his formal recommendation for the election date with Governor-General David Hurley, whose authorization is needed to dissolve Parliament and order a federal election. 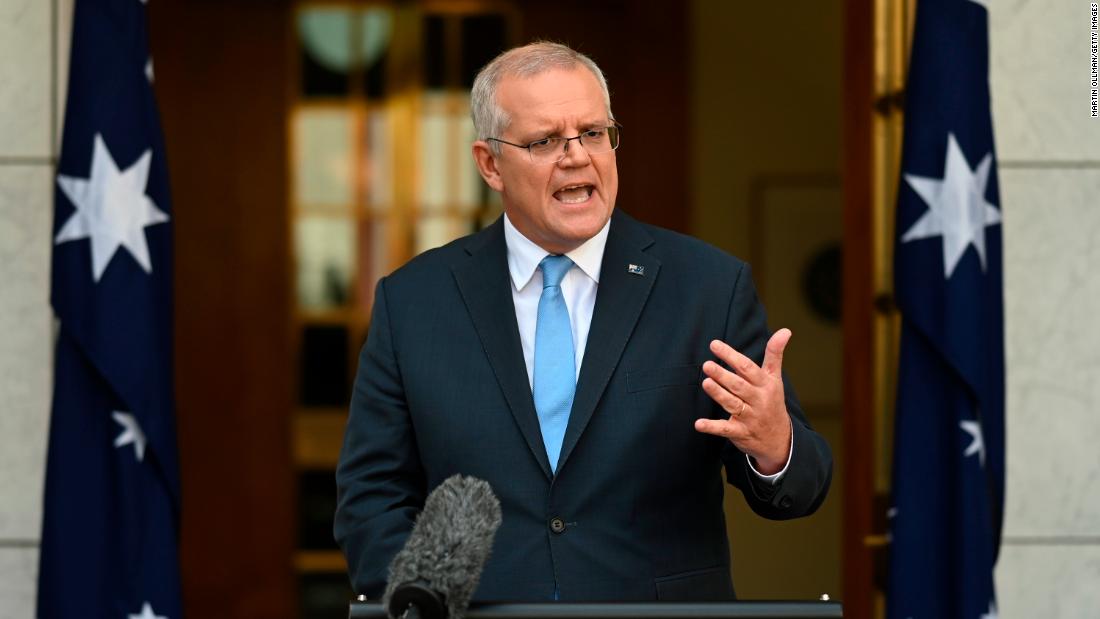 Share
Stakes are high for Morrison’s center-right Liberal National coalition government as they go up against the opposition Labor Party. The government has faced backlash over its handling of Australia’s vaccine rollout, and more recently over what critics say was a slow response to deadly floods that devastated parts of Queensland and New South Wales.

In a speech, Morrison acknowledged that Australia had faced “incredibly difficult times” and pointed to what he said were his government’s successes in economic and health measures in the face of Covid-19. He said his government would continue to focus on building a stronger economy and “the biggest rebuilding of our defense and security forces since World War II.”

“[This election is] a choice between a strong and tested government team that has demonstrated our ability to make difficult and tough choices in tough times, and a Labor opposition who has been so focused on politics over these past few years that they still can’t tell you what they do, who they are, or what they believe in, and what they stand for,” Morrison said.

Opposition leader Anthony Albanese will attempt to lead the Australian Labor Party back into federal government for the first time since 2013. The Labor Party has rallied its platform around promises to combat rising cost of living and promote jobs growth, affordable child care and local manufacturing.

Albanese released a video on Twitter Saturday urging Morrison to call the elections, while saying “Australians are used to Morrison keeping them waiting” and referencing what he characterized as slow action in Covid-19 vaccine rollout, bushfire response, and support for flood victims from the Morrison government.

After advising Hurley, the governor-general and Queen Elizabeth’s representative in Australia, on the election date Sunday morning, Morrison became the first Australian Prime Minister to serve a full three-year term since John Howard was voted out of office in 2007.

after he lodged his formal recommendation for the election date with Governor-General David HurleyaustraliaCanberraMorrison made the announcement from the capitalwhose authorization is needed to dissolve Parliament and order a federal election.
0 2,786
Share