The Bangladesh government has kept over 300 Rohingya refugees confined on Bhasan Char, a remote silt island in the path of a “super cyclone” without adequate protections or safety measures, Human Rights Watch said today. Three people were reported killed in Bangladesh soon after the storm struck the coast. 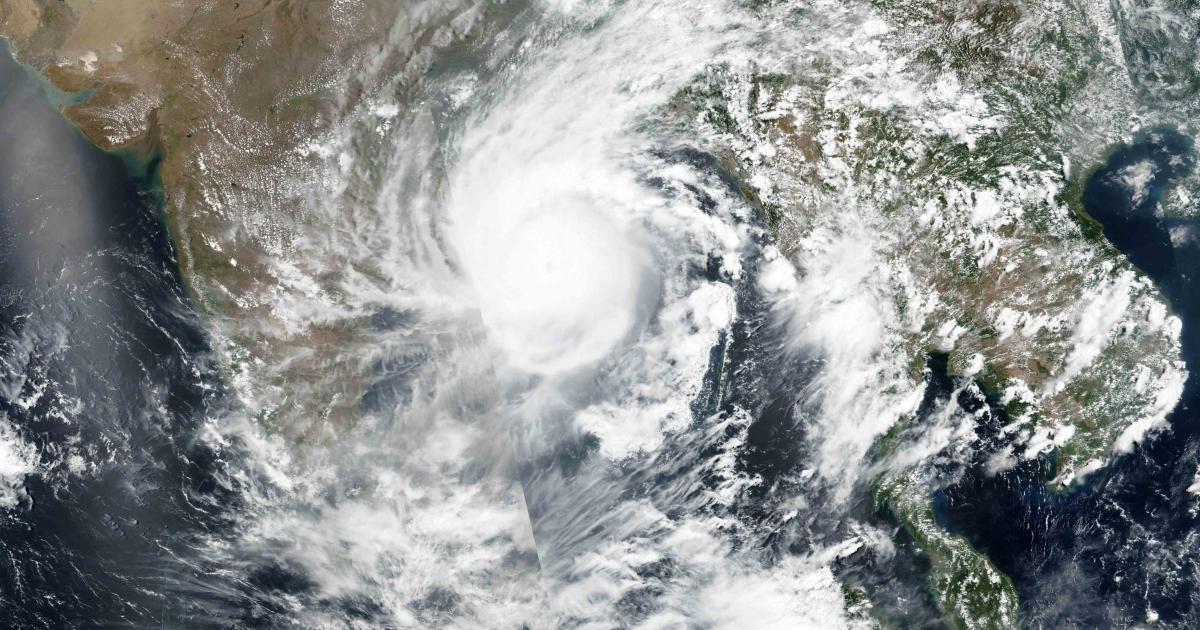 The authorities should take immediate steps to ensure safety and transfer the refugees, including nearly 40 children, to the camps in Cox’s Bazar as soon as possible. The United Nations refugee agency and other humanitarian organizations are there, prepared to provide them with critical services and reunite them with their families.

“The Bangladesh government properly brought Rohingya refugees stranded at sea ashore, but holding them on a tiny island during a cyclone is dangerous and inhumane,” said Brad Adams, Asia director at Human Rights Watch. “Our fear that Bhasan Char would become a ‘floating detention center’ has now turned into a fear of a submerged one.”

Cyclone Amphan made landfall on the Bangladesh coast on the evening of May 20, 2020, though it shifted course slightly so Bhasan Char is no longer in its direct path. Bangladesh’s Land Ministry has previously reported that Bhasan Char could be submerged by a strong cyclone at high tide. About 300 Bangladesh security officials are also on the island.

Bangladesh rescued two boats of Rohingya refugees in early May after Malaysia, Thailand, Myanmar, and Bangladesh authorities pushed them back to sea for two months. While Bangladesh initially stated that the refugees were being temporarily quarantined on Bhasan Char to prevent a Covid-19 outbreak in the camps, Foreign Minister AK Abdul Momen has since said they would “most likely” be held on the island indefinitely.

Human Rights Watch interviewed 25 Rohingya refugees, including both refugees on the island and their family members in Cox’s Bazar. They said that those on the island are being confined in prison-like conditions without freedom of movement or adequate access to food, water, or medical care. Some alleged beatings by Bangladesh security forces.

One refugee, whose daughters are on Bhasan Char, said he is worried about their safety during the cyclone because they told him that “it feels like a gust of wind could blow the structures over anytime,” and that it feels like “an island jail in the middle of the sea.”

India and Bangladesh are evacuating over two million people from the coasts to take shelter from Cyclone Amphan. However, Bangladesh authorities have failed to evacuate the refugees on Bhasan Char, a 40-square-kilometer island in the Bay of Bengal made of silt that has accumulated in the last two decades. When then-United Nations special rapporteur on Myanmar, Yanghee Lee, visited the island in January 2019, she questioned whether the island was “truly habitable.”

The refugees had all been moved to a four-story shelter on the island ahead of the incoming cyclone, but Bangladesh authorities have yet to provide UN technical experts with sufficient access to the island to determine its habitability and to assess plans for emergency preparedness in the face of Cyclone Amphan.

Although the Bangladesh government has previously promised that no one would be forced to remain on Bhasan Char against their will, officials have apparently told refugees that they will not be transferred to the mainland. One refugee in Cox’s Bazar said that a Navy officer told his sister on the island that they “might be sent to Myanmar but not to the camp [in Cox’s Bazar] again. That’s impossible.” A refugee on Bhasan Char said that military officials told him, “Don’t even think to go back to the camps. Your whole family will be brought over here.”

Refugees on the island said that soldiers threatened and beat up male refugees, including children, while interrogating them about the smugglers who transported them. Women described hearing screams from the interrogation room. One child said that officials held him in the cell and beat him. “At one point they suspected I was one of the [smugglers] and they started beating me,” he said. “I still cannot walk properly and feel the pain of the torture in my body.” Another refugee said that an officer threatened him, saying “Don’t you know how the other men were beaten? Tell us the truth, otherwise you would face the same fate.”

Refugees also described officers punishing them. One Rohingya woman said that on May 17 she witnessed soldiers force two women to stand under the hot sun for over an hour as punishment for using their mobile phones, which are forbidden. Another refugee said that when he went to a shop to buy food, officers from the Coast Guard beat him for leaving the shelter. “There are bruises all over my body from that beating,” he said.

Disaster Minister Enamur Rahman has described Bhasan Char as a “super township” with facilities for food, water, medical care, cyclone centers, and electricity, but refugees reported shortages in drinking water and medical treatment. Children have no access to books or education.

Refugees said they are given two cooked meals a day and are rebuked if they ask for more. One woman said she was scolded when she asked for more nutritious food for her children, ages 5 and 7, by officers who said she had been “spoiled” by international aid agencies. Another said she was told to “be thankful to God and to Bangladesh that you are at least getting some food. You should be kicked out from this country.”

Refugees said that they are facing serious medical problems after being stranded at sea for months, but that there is not adequate medical care on the island. One refugee said: “Some of the women have skin ailments and diarrhea but are without proper treatment. If we were in the camp at least we would be able to go to the health post or MSF [Medecins Sans Frontieres] hospital.” One refugee, whose sister is being held on the island, said that she is not able to obtain proper medication for her diabetes. Instead, refugees said that the doctors are only dispensing paracetamol tablets for pain.

There are concerns that women and girls may have faced sexual or other violence while they were on the boat or since then. One health worker said that “If there was any rape case or other sexual or gender-based violence, they will not be able to access much needed medical treatment or psychosocial counselling.” No protection services or appropriate medical services for sexual violence victims are available on Bhasan Char.

Even prior to the cyclone, Bangladesh authorities should have heeded concerns raised by the UN and nongovernmental organizations, and promptly transferred the Rohingya back to the Cox’s Bazar camps. On May 15, UN Secretary-General Antonio Guterres called on the Bangladesh government to move the refugees to the camps following their two-week quarantine period, which ended on May 16 for the first group and will end on May 21 for the second. The cyclone highlights the urgency of transferring the Rohingya from Bhasan Char, Human Rights Watch said.

“The cyclone marks the beginning of monsoon season, adding further dangers for refugees who spent months on a crowded boat, starving and floating at sea, and now have been detained and beaten on Bhasan Char,” Adams said. “The Bangladesh government should immediately transfer the refugees to the camps where humanitarian agencies can give them the medical and psychosocial care they desperately need.”