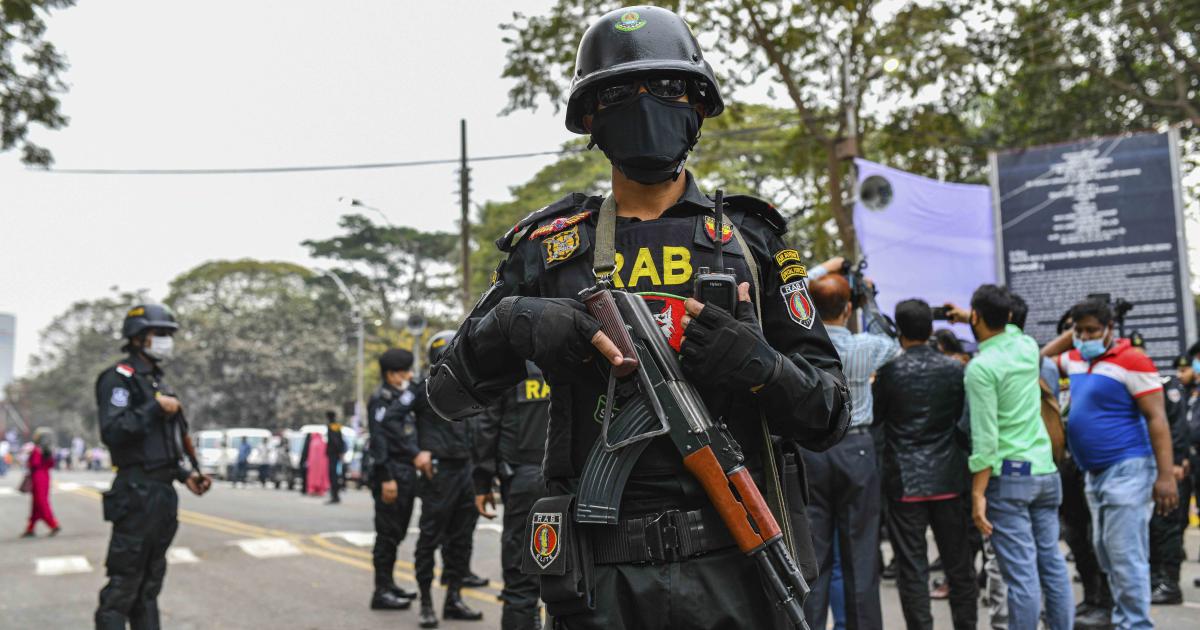 Since the sanctions, credible sources have confirmed that the RAB and National Security Intelligence (NSI) have been making threatening phone calls to victims and human rights defenders, summoning them to their local offices, and visiting their workplaces and homes in the middle of the night.

In one case, the RAB and intelligence agency harassed a relative of a human rights defender from mid-February to early March 2022, accusing them of involvement in “anti-state activities” for supporting families of victims of enforced disappearances. Another human rights defender said that RAB officers visited their home at midnight while their children were asleep to interrogate them about the sources of funding for their work with families of victims of enforced disappearances. RAB officers then visited this activist’s workplace, threatening them by saying that “hiding information will invite more troubles to yourself.”

The government has also targeted human rights organizations. A leaked government circular apparently signed by Prime Minister Sheikh Hasina and Cabinet Secretary Khandker Anwarul Islam on January 25, appears to show that the Finance Ministry and the Prime Minister’s Office were tasked in response to the sanctions with monitoring foreign funding to several human rights organizations.

The government uses draconian laws and the courts to harass human rights defenders for their work. On February 18, Zohurul Haque, a journalist and Patkelghata Press Club president, was arrested under the abusive Digital Security Act (DSA) for allegedly posting statements critical of the government and police on Facebook. On February 27, the Dhaka Cyber Tribunal framed charges against a cartoonist, Ahmed Kabir Kishore, and a journalist living in exile, Tasneem Khalil, in a case filed under the DSA for allegedly “spreading rumors” and partaking in “anti-government activities.”

Adilur Rahman Khan and ASM Nasiruddin Elan, leaders of Bangladeshi human rights organization Odhikar, are facing trial based on trumped up charges at the Cyber Tribunal of Dhaka. In February, the UN special rapporteur on the situation of human rights defenders, Mary Lawlor, expressed her concerns over this case, citing the court’s failure to uphold fair trial guarantees and its lack of transparency.

Odhikar’s application for renewal with the Non-Governmental Organization Affairs Bureau had remained pending since 2014, severely inhibiting its ability to conduct human rights monitoring and reporting. But after years of inaction, in early February, soon after the sanctions were passed, the agency sent Odhikar a letter requesting specific information and documents, including the names and addresses of everyone killed extrajudicially and disappeared between 2009 and 2021.

Bangladesh should immediately cease harassment and reprisals against victims of human rights violations, human rights defenders, and their families, the groups said. Instead, the government should focus its efforts on ensuring full accountability for the serious human rights abuses that persist in the country.

Exhibition of pets prohibited but sales continue: ‘This cruelty must end all together’