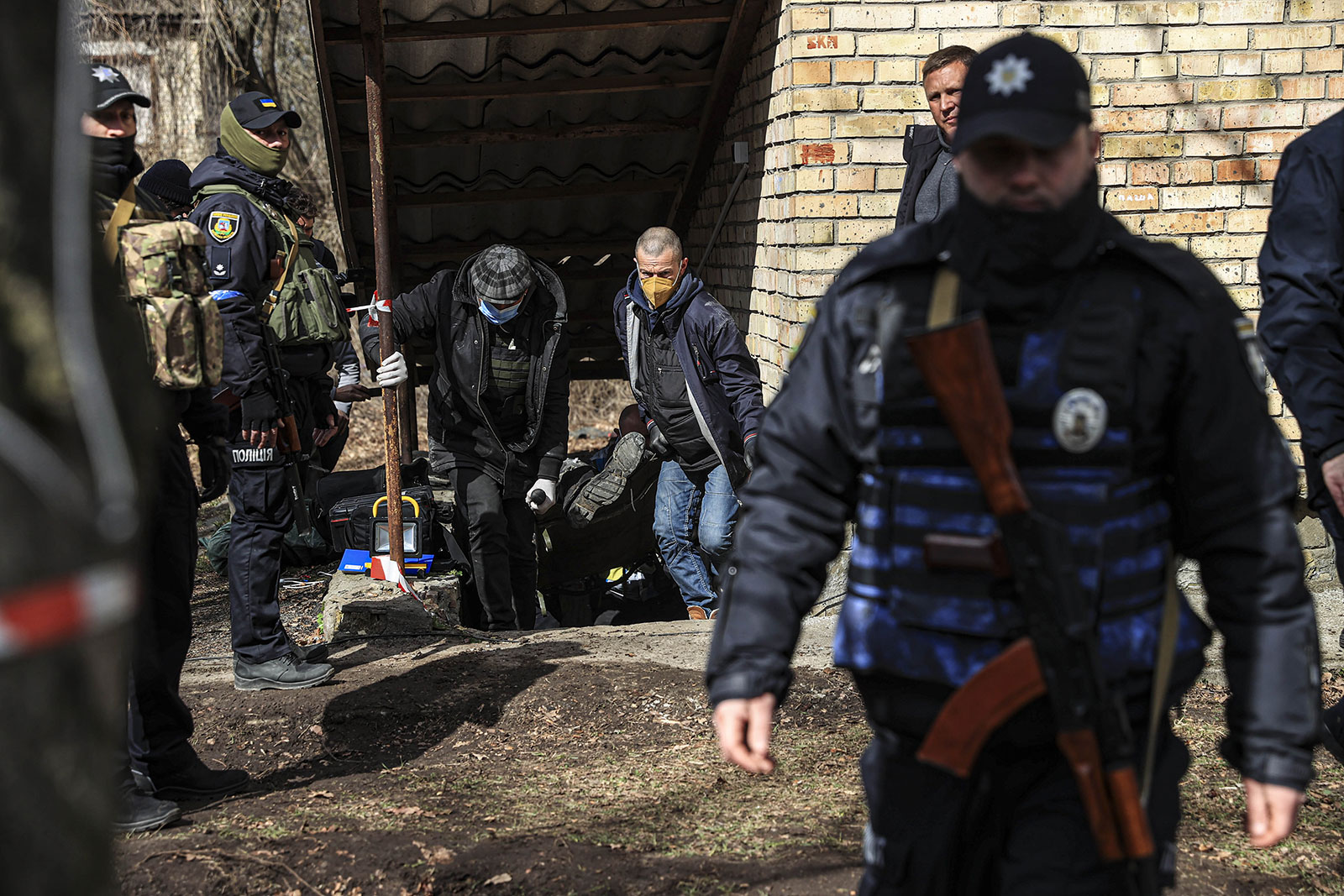 President Joe Biden on Monday said the atrocities allegedly committed by Russian forces in Bucha, Ukraine, are a “war crime” and called for a trial to take place against Russian President Vladimir Putin.

The US President did not, however, label the killings a “genocide” but said he was looking into additional sanctions against Russia.

Biden said the images coming from Bucha warranted calling Putin a “war criminal,” adding, “but we have to gather the information. We have to continue to provide Ukraine with the weapons they need to continue the fight and we have to get all the details so this can be an actual — have a war crime trial.”

White House national security adviser Jake Sullivan said later Monday that the US hasn’t yet seen evidence of “systematic” killings that would warrant designating what’s underway in Ukraine a genocide.

“Based on what we have seen so far — we have seen atrocities. We have seen war crimes. We have not seen a level of systemic deprivation of life of the Ukrainian people to rise to the level of genocide,” Sullivan said during a White House press briefing.

But the images from Bucha, Sullivan said, underscore that “now is not the time for complacency,” stressing the importance of ongoing US support for Ukraine. He said the administration is “working around the clock” to fulfill security assistance requests from Ukraine, detailing the US and allied response so far and hinting at forthcoming “additional military assistance in the coming days.”