Coronavirus: Mayors in Italy hit out over a lack of social distancing after lockdown eased

Italians are gradually returning to their old habits after lockdown was further eased this week. It saw bars, cafes and restaurants reopen for the first time in more than two months. In places like Milan  in Italy's worst-hit region of Lombardy there are now lots of people in the streets. 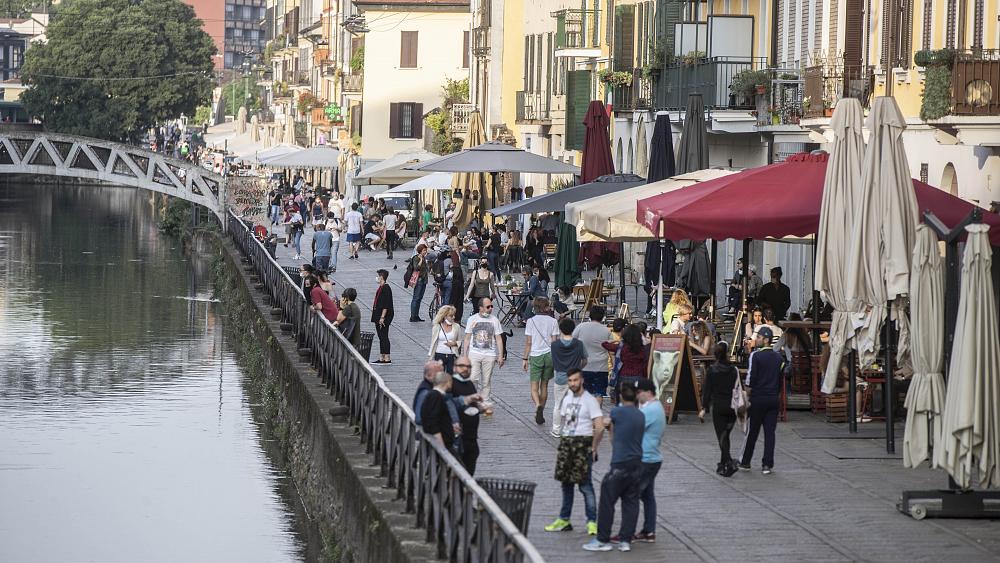 It’s a minority not respecting social distancing or wearing face masks. But, nevertheless, it’s sparked concern over a new spike of coronavirus infections.

Milan’s mayor, Giuseppe Sala, was among the first to complain about the lack of social distancing on May 8 — during the first phase of lockdown being lifted — when he said he was “pissed off” over the “shameful pictures” of mass gatherings in Milan’s party area of Navigli.

On Friday (May 22) he renewed his appeal to respect confinement measures, adding that he had asked local authorities to close businesses that do not comply.

The mayor of Bergamo — one of Italy’s worst-hit towns — expressed the same concerns in a Facebook video on May 17, saying he got “angry” after seeing many people wearing no face protection.

He also stressed that controlling everyone would be impossible “even if we tripled police forces” and appealed for people to take responsibility.

Veneto region’s governor, Luca Zaia, this week warned “there is a real risk that the infections will go up”, threatening to “close all the bars, restaurants and beaches” and “lock-up” the region again.

Rome will deploy from this weekend an additional 1,000 police officers to patrol the city’s night-life hotspots and block mass gatherings.

Checks will also be carried in the local parks and on the beaches near the capital.

In Turin, authorities said their mission is going to be very “hard”. “We’ll have to do two opposite things: preventing mass gatherings and allowing at the same time people to go back to a normal life, which includes social-life too”, adding that their checks will be “balanced” but also “rigorous”.

Turin’s police authorities said they hoped the purpose of the checks will remain “prevention” instead of turning into “repression”.

Italy so far has recorded over 228,000 COVID-19 cases and more than 32,400 related deaths, Europe’s second worst-hit country after the United Kingdom, according to Johns Hopkins University.

The country is planning to reopen its border to tourists on June 3.

Analysis: Can the aviation industry survive the coronavirus crisis?