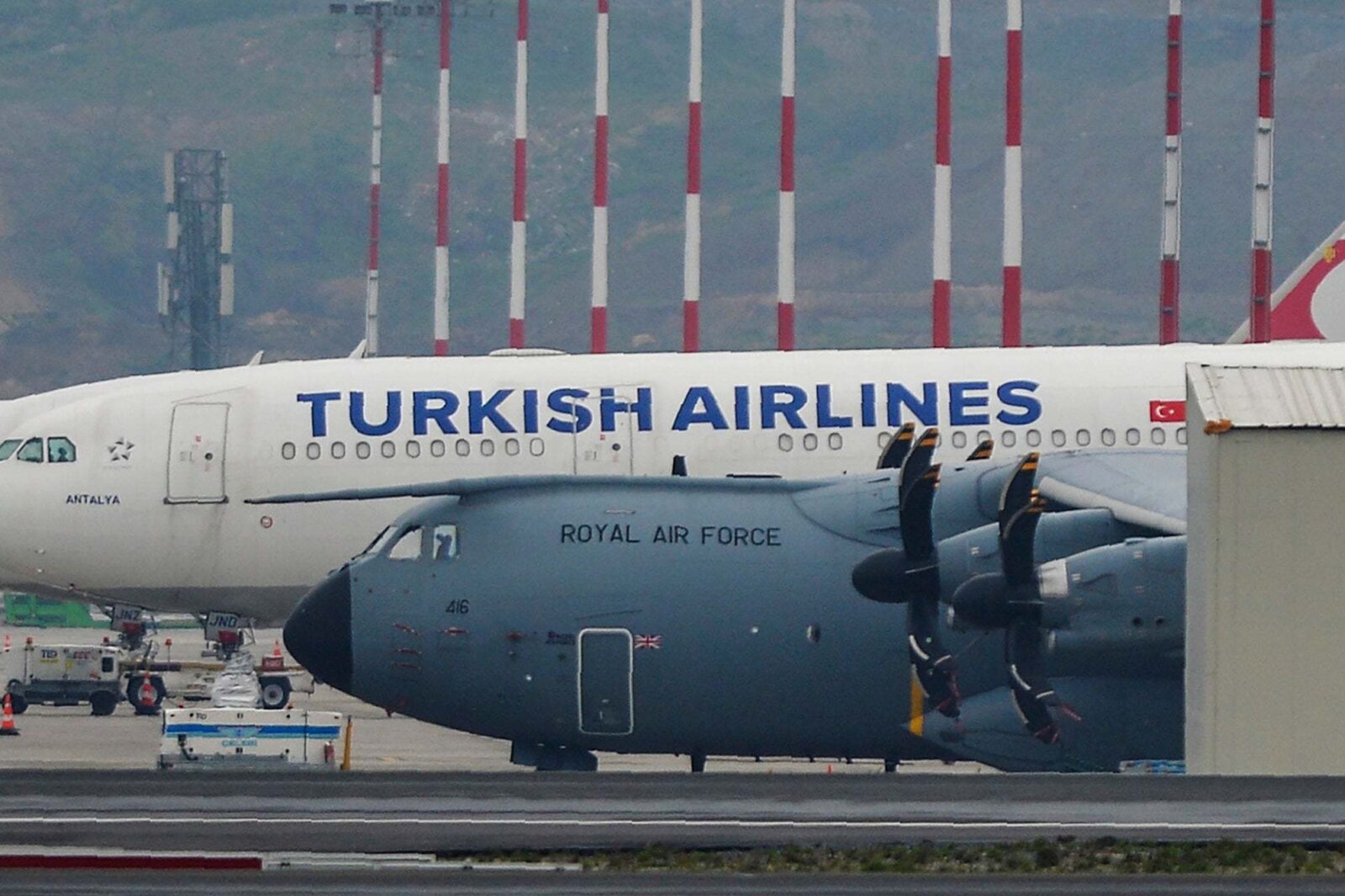 It comes as ministers face escalating pressure over the government’s failure to ensure all staff treating Covid-19 patients and care home workers have the personal protective equipment (PPE) they need.

The delivery from Turkey, which arrived in the UK on Wednesday on an RAF flight after multiple delays, was expected to hold 84 tonnes of equipment, including 400,000 clinical gowns.

According to the Health Service Journal, however, the delivery contained just 32,000 gowns – despite the communities secretary Robert Jenrick promising a “very significant additional shipment” at the No 10 press conference on Sunday.

Separately, the government also said on Wednesday that 140,000 gowns had arrived from Burma. But with around 150,000 needed a day during the coronavirus crisis, demand on resources remains intense.

Originally, the medical supplies had been due to arrive in the UK on Sunday, but a plane was only dispatched from the RAF Oxfordshire base, where two other planes were on stand-by to pick up further equipment from Turkey, late on Monday.

Jenny Harries, the deputy chief medical officer, told ITV a constant review of PPE supplies and management was needed to ensure that high demand was met across the country.

“It is so important our frontline staff have the right PPE,” she said. “One of my personal slight frustrations is there is a lot of information out there which we can perhaps use to support them better.”

It follows frontline workers – including pharmacists – continuing to voice concerns about becoming infected at work through lack of protection and difficulties maintaining social distancing.

According to a survey by the Royal Pharmaceutical Society, over a third (34 per cent) of respondents were still unable to access continuous supplies of PPE and almost 95 per cent said they could not maintain the recommended two-metre distance from colleagues due to the size of their workplace.

News Journos contacted the Department for Health and Social Care for comment.