During an appearance on "NBA Countdown," Pierce told Maria Taylor, Jalen Rose and Jay Williams that LeBron James is not one of the top five players in NBA history. James' status among the all-time greats has become a popular topic of discussion following the conclusion of ESPN's documentary series "The Last Dance," so the network pushing this debate shouldn't come as a surprise. 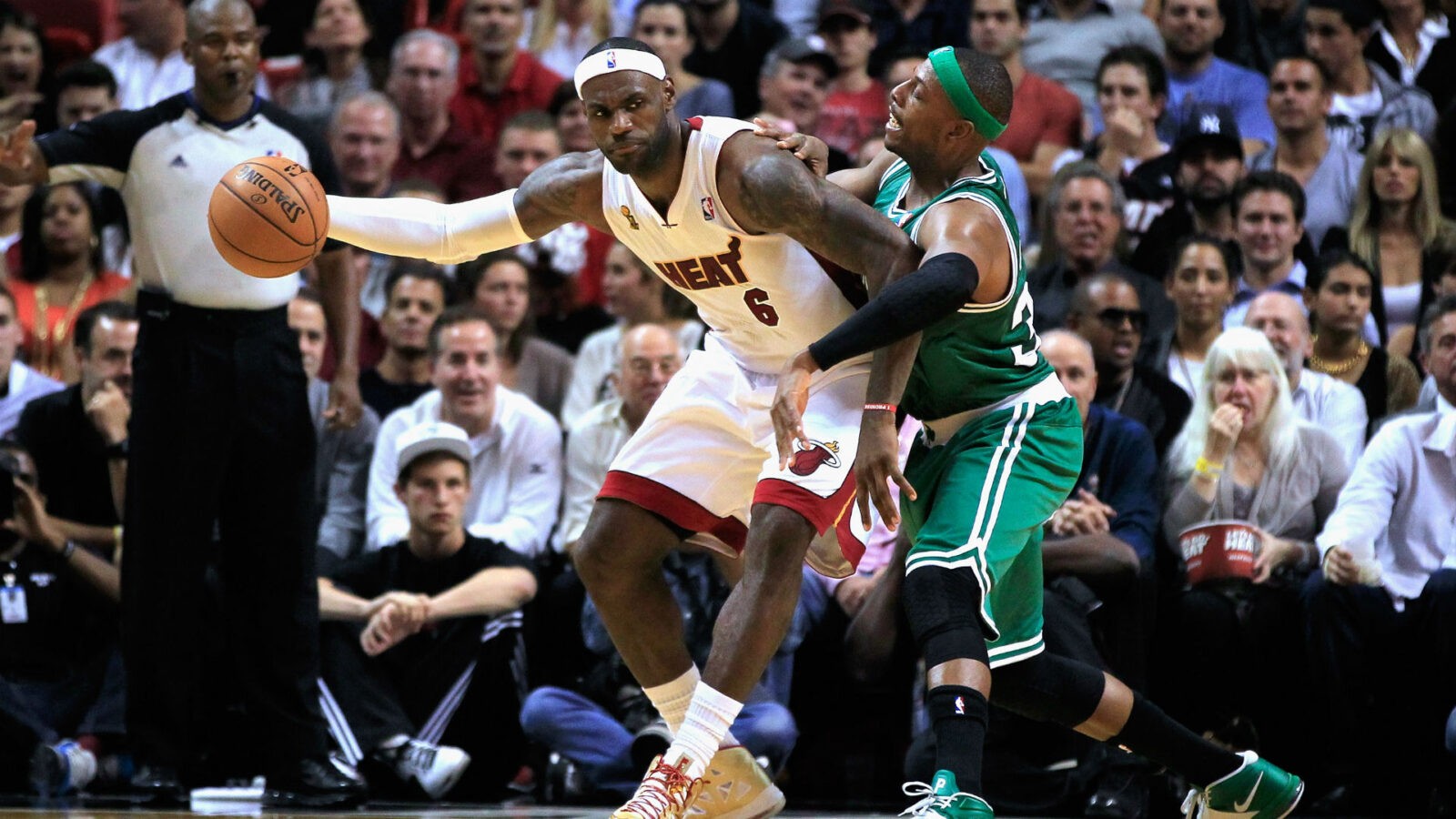 Paul Pierce fired off a take designed to incite anger, so it must be a day that ends in “Y.”

Pierce believes James “put together” his championship teams in Miami and Cleveland, unlike the other legends in his personal top five. His list, in order: Michael Jordan, Kareem Abdul-Jabbar, Bill Russell, Magic Johnson and Kobe Bryant.

“I go back and I ask myself, ‘What has LeBron done to build up any organization from the ground floor?'” Pierce said. “When we talk about these great players, they’re all top-flight players in the top five or top 10. Bill Russell built up the organization in Boston. … Kareem, Magic, Jordan, Tim Duncan, Kobe [Bryant], [Larry] Bird.

“These guys are all top-10 players who either helped build up their organization or continued the tradition.”

ESPN’s expert panel placed James at No. 2 behind only Jordan in its most recent all-time player rankings, but hey, Pierce is a future Hall of Famer entitled to his opinion. Was his history with James a factor in the decision? Possibly, but rankings are subjective exercises. There will never be unanimous approval of any one order.

However, one specific aspect of Pierce’s rankings felt particularly absurd. According to ESPN’s own graphic, Pierce previously had James in the No. 5 slot — just one week ago.

Come on, producers! You can’t give away the game here!

At least make it seem like he actually believes what he is saying. Now we’re going to need disclaimers at the bottom of every show.

So if you’re upset about Pierce’s top five, don’t worry. He’ll probably roll out a new version next week.