The NFL announced Wednesday that it would conditionally reinstate Aldon Smith from indefinite suspension, paving the way for the pass-rushing linebacker to join the Cowboys. 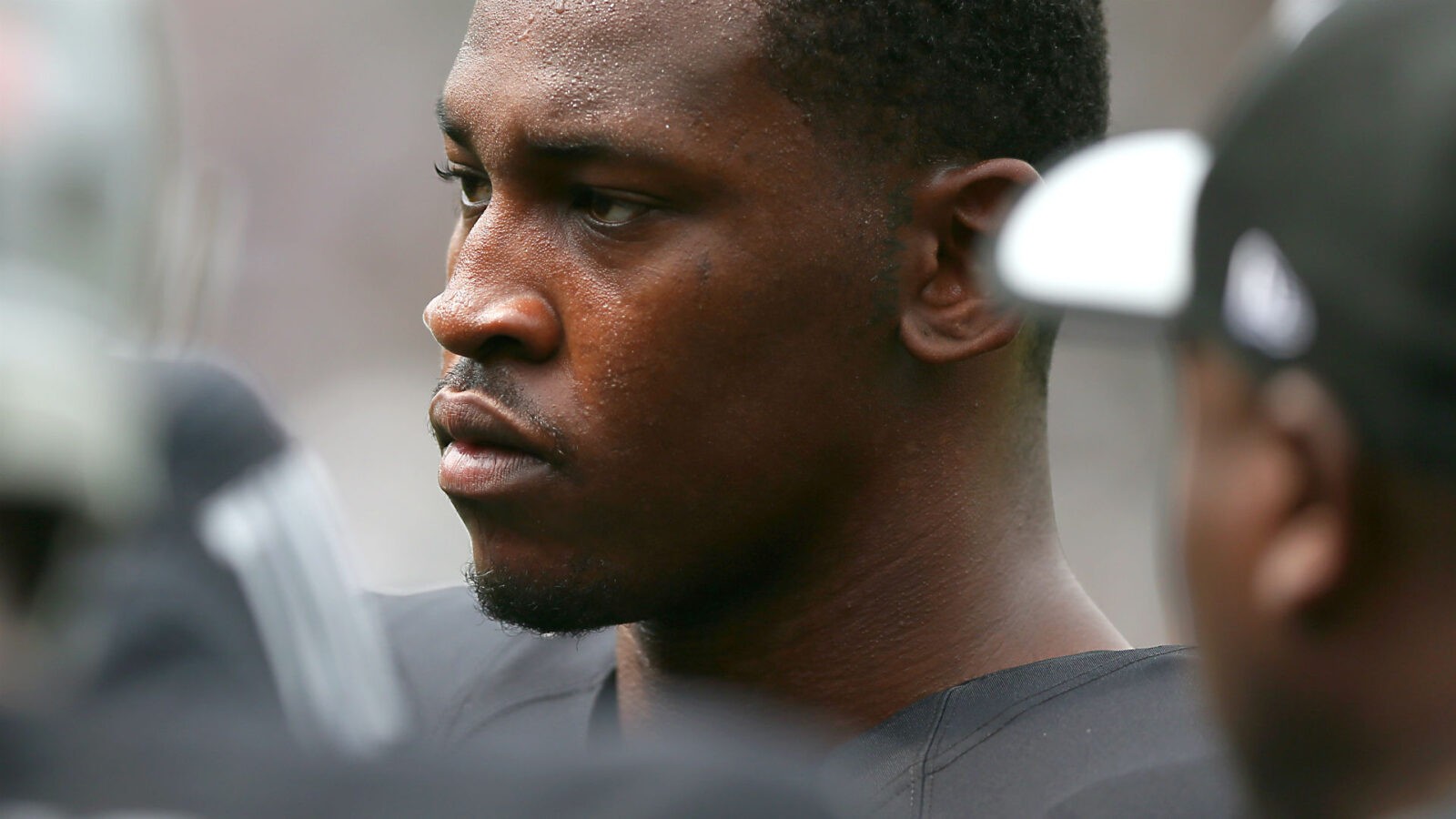 Smith hasn’t played in a game since 2015, when he was a member of the Raiders.

Due to the 30-year-old’s track record of criminal charges and NFL suspensions, Smith’s contract with the Cowboys and re-entrance into the league is contingent on his behavior moving forward.

Here’s what to know about Smith’s past and how it colors his future:

Why was Aldon Smith banned from the NFL?

Smith faced numerous criminal charges while a member of the 49ers and Raiders. He was sentenced to jail time for weapon misdemeanors and a DUI in 2014, and he pleaded no contest to charges of false imprisonment and violating a court order in a 2018 domestic violence case.

He has also acknowledged struggles with substance abuse that have contributed to his legal troubles.

What does conditional reinstatement mean?

When the NFL bans a player indefinitely, the player must apply for reinstatement with commissioner Roger Goodell in order to be allowed back into the league. From there, the player meets with the league and makes a case that he has changed enough to warrant a return.

Josh Gordon and Randy Gregory are two recent examples of indefinite suspensions the NFL has re-examined. Gregory, who is currently under under league discipline, hopes to get another hearing soon.

Smith was denied reinstatement by the NFL in 2016.

The conditional aspect relates to specific rules set by the NFL with regard to the actions that would get the player kicked out of the league again. The exact conditions of Smith’s reinstatement have not yet been reported, but they’re likely structured toward curbing negative behaviors he displayed in his previous NFL stint.

What are the details of Aldon Smith’s contract with the Cowboys?

The Cowboys signed Smith to a one-year contract that could be worth up to $4 million but features an array of requirements he must meet to receive full payment.

He made $90,000 from the team just for being reinstated, and he’ll receive another $350,000 if he remains on the team through the preseason. From there, he’ll make $40,625 each time he’s active for regular-season games and up to $2 million in sack-related incentives.