An employee of the Internet company Facebook walks through the courtyard of the company campus in Menlo Park, California. 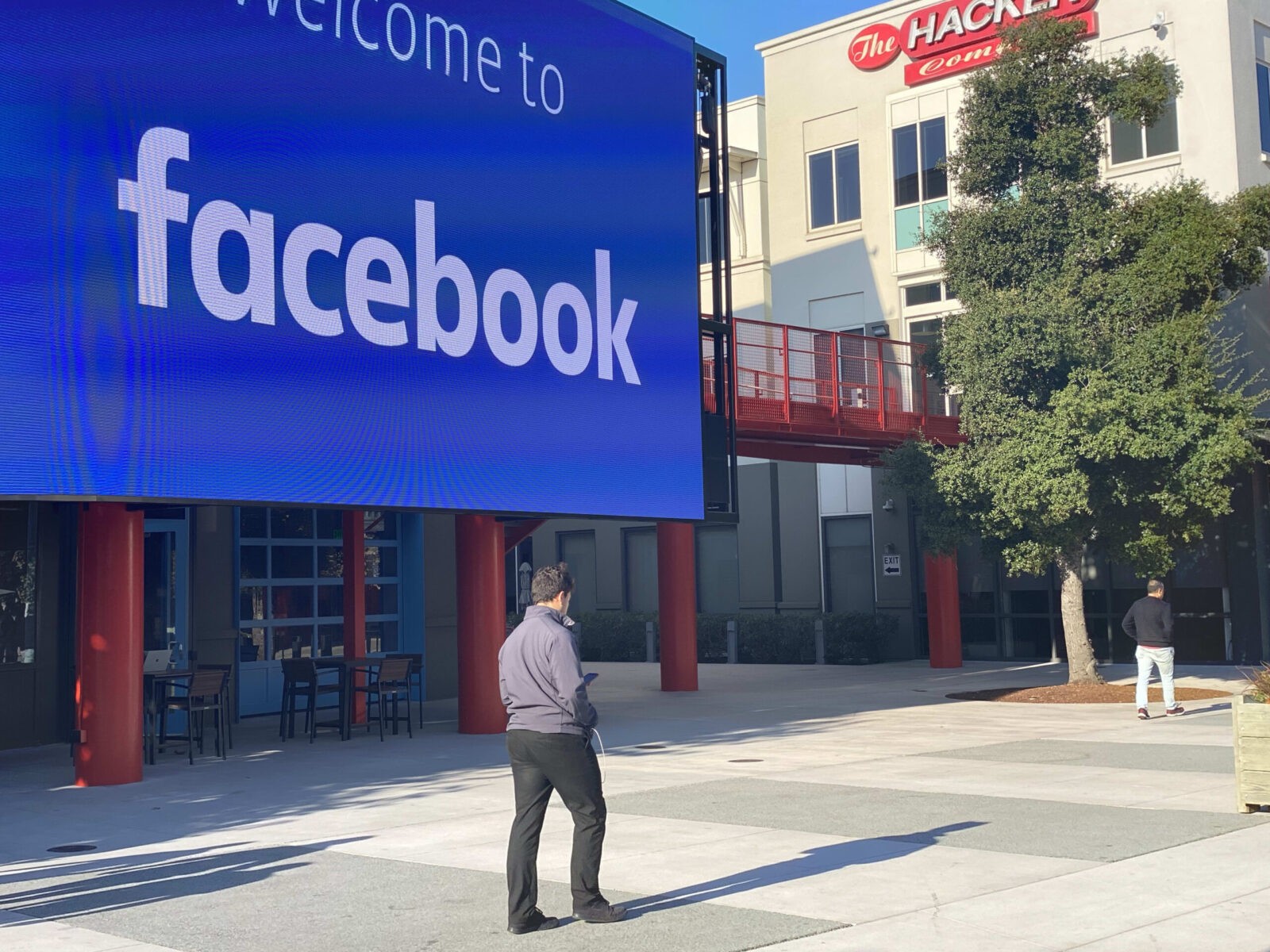 Analog Devices — Shares of the semiconductor stock rose more than 8% following its earnings that beat Wall Street’s expectations. Analog Devices reported earnings per share of $1.08, topping the $1.03 per share forecast by analysts, according to Refinitiv. Revenue, however, fell shorts of estimates.

Western Digital – Shares of the data storage company jumped more than 5% after Cowen reiterated its outperform rating on the stock. The firm said the company looks set to report improving demand fundamentals, as well as higher growth and higher profitability as it shifts the focus of its business. Cowen’s $70 price target on the stock is roughly 59% above where shares currently trade.

MGM Resorts — The casino stock spiked by more than 8% on Wednesday as casinos and hotels around the country continue to announce reopenings. MGM was part of a group of casinos and others that announced last night that they would provide testing for employees in Las Vegas. MGM also announced on Tuesday that it was reopening its casinos in Mississippi over the next two weeks.

Urban Outfitters — Shares of Urban Outfitters tanked nearly 9% after the apparel retailer reported a wider-than-expected quarterly loss. The company said it lost $1.41 per share for its latest quarter, versus the 29 cent loss that Wall Street was expecting, according to Refinitiv. The company expects a 60% decline in same-store sales for the current quarter as the pandemic continues to hammer the industry.

Harley-Davidson — Shares of the motorcycle company rallied 7.7% Wednesday after a Wall Street Journal report said Harley-Davidson is reopening its factories this week at reduced production and a more limited assortment of bikes. The Journal cited Harley’s director of product sales, who reportedly said in a memo that about 70% of dealer will likely not received any more new motorcycles this year.

Target – Shares of the retailer slipped more than 1% following the company’s first quarter results. The big-box retailer reported a 10.8% year-over-year increase in same-store sales – fueled by digital sales more than doubling – and also beat revenue expectations. Profit fell to 56 cents per share compared with $1.53 per share a year earlier, however, and the company also said its coronavirus-related expenses have grown to about $500 million.

United Airlines — Shares of the airline jumped 4.6% as investors bet on the economy reopening. New CEO Scott Kirby said on News Journos’s “Squawk Box” that the company is working with unions in an attempt to avoid staff cuts due to the pandemic. The airlines that took federal support are restricted from laying off employees through September.

Lowe’s — Lowe’s stock rose 0.4% in midday trading after the home-improvement retailer reported that same-store sales popped 11% in its fiscal first quarter. Still, that’s well below where the equity traded earlier in the session, when it rallied nearly 5%. Investor optimism on Lowe’s stock faded after executives cautioned analysts on the earnings call that same-store sales growth is expected to “moderate,” but not turn negative, later in 2020.

Royal Caribbean — The cruise line fell more than 2% following its disappointing quarterly earnings. Royal Caribbean reported a loss of $1.48 per share, more than the loss of 63 cents expected by analysts, according to Refinitiv. The company also said it expects losses in the second quarter and the full year. Revenue topped estimates.

S&P 500 closes at highest since early March as Facebook and Amazon hit records, Dow up 300 points