Federal Reserve officials discussed how they want to reduce their trillions in bond holdings at the March meeting, with a consensus around $95 billion a month, minutes released Wednesday showed. 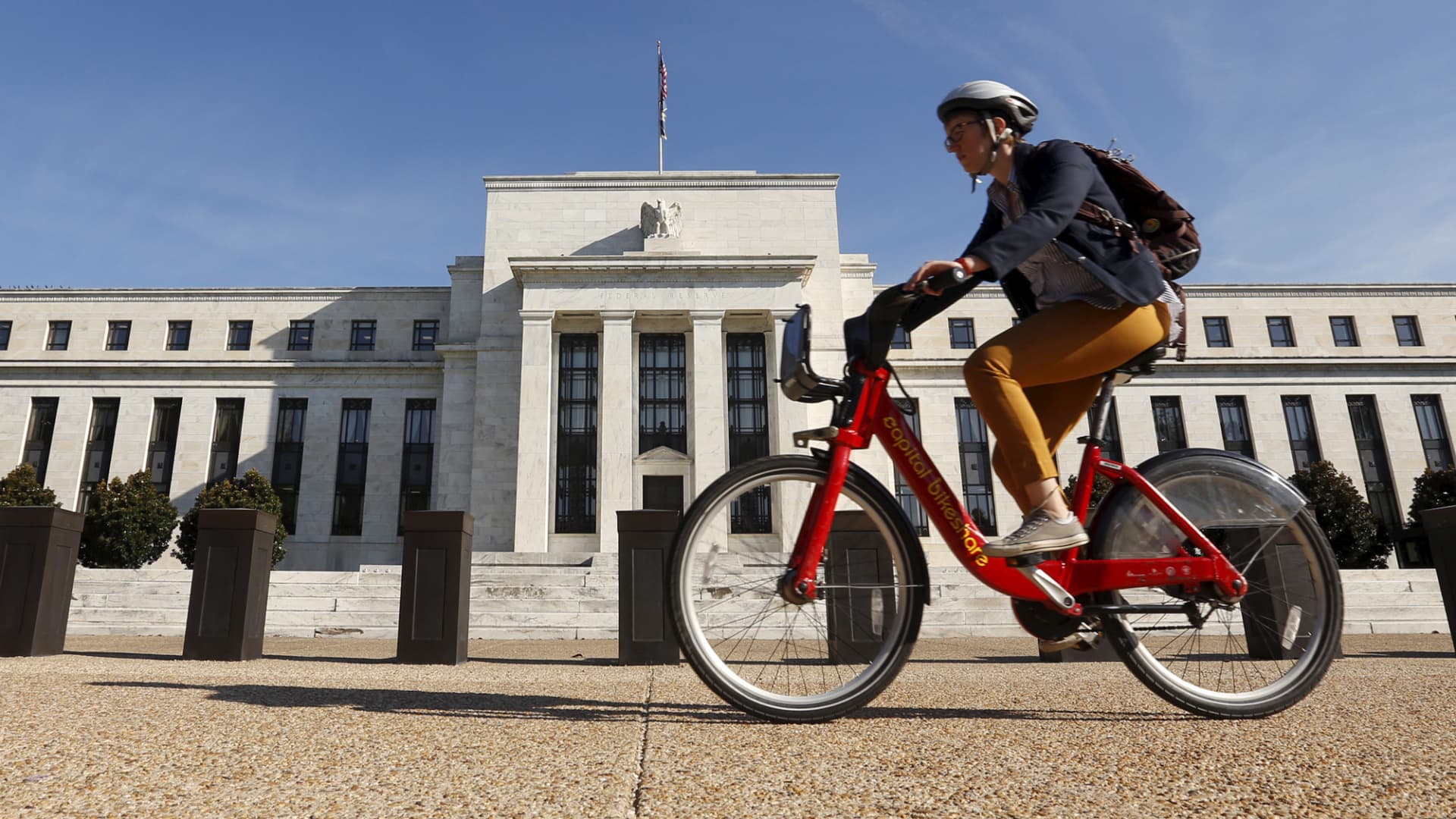 Officials “generally agreed” that a maximum of $60 billion in Treasurys and $35 billion in mortgage-backed securities would be allowed to roll off, phased in over three months and likely starting in May. That total would be about double the rate of the last effort, from 2017-19, and represent part of a historic switch from ultra-easy monetary policy.

In addition to the balance sheet talk, officials also discussed the pace of interest rate hikes ahead, with members leaning toward more aggressive moves.

At the March 15-16 meeting, the Fed approved its first interest rate increase in more than three years. The 25 basis point rise— a quarter percentage point — lifted the benchmark short-term borrowing rate from the near-zero level where it had been since March 2020.

The minutes, though, pointed to potential rate hikes of 50 basis points at upcoming meetings, a level consistent with market pricing for the May vote. In fact, there was considerable sentiment to go higher last month. Uncertainty over the war in Ukraine deterred some officials from going with a 50 basis point move in March.

“Many participants noted that one or more 50 basis point increases in the target range could be appropriate at future meetings, particularly if inflation pressures remained elevated or intensified,” the minutes said.

Stocks fell following the Fed release while government bond yields held higher. However, the market came well off its lows as traders adjusted to the central bank’s new posture.

The minutes were “a warning to anyone who thinks that the Fed is going to be more dovish in their fight against inflation,” said Quincy Krosby, chief equity strategist at LPL Financial. “Their message is, ‘You’re wrong.'”

Indeed, policymakers in recent days have grown increasingly strident in their views about taming inflation.

Governor Lael Brainard said Tuesday that bringing prices down will require a combination of steady hikes plus aggressive balance sheet reduction. Markets expect the Fed to increase rates a total of 250 basis points this year. The minutes noted, that, “All participants indicated their strong commitment and determination to take the measures necessary to restore price stability.”

Krosby said the policymakers’ position thus shouldn’t have come as much of a surprise.

“The Fed orchestrated a concerted effort to warn the market, telling the market in no uncertain terms that this is serious, this is paramount, we are going to fight inflation,” she said. “What they have on their side is a still-healthy jobs market, and that’s important. What you don’t want is the Fed making a policy error.”

The central bank’s relative hawkishness extended to the balance sheet talk. Some members wanted no caps on the amount of the monthly runoff, while others said they were good with “relatively high” limits.

The balance sheet rundown will see the Fed allowing a capped level of proceeds from maturing securities to roll off each month while reinvesting the rest. Holdings of shorter-term Treasury bills would be targeted as they are “highly valued as safe and liquid assets by the private sector.”

While officials did not make any formal votes, the minutes indicated that members agreed the process could start in May.

Whether the runoff actually will hit $95 billion, however, is still in question. MBS demand is muted now with refinancing activity low and mortgage rates rising past 5% for a 30-year loan. Officials acknowledged that passive runoff of mortgages likely may not be sufficient, with outright sales to be considered “after balance sheet runoff was well under way.”

Also at the meeting, Fed officials sharply raised their inflation outlook and lowered their economic growth expectations. Surging inflation is the driving factor behind the central bank tightening.

Markets were looking to the minutes release for details about where monetary policy heads from here. Specifically, Fed Chairman Jerome Powell said at his post-meeting news conference that minutes would provide details on the thinking about balance sheet reduction.

The Fed expanded its holdings to about $9 trillion, or more than double, during monthly bond purchases in the wake of the pandemic crisis. Those purchases ended only a month ago, despite evidence of roaring inflation higher than anything the U.S. had seen since the early 1980s, a surge that then-Fed Chairman Paul Volcker quelled by dragging the economy into a recession.

How Good Is This Ecommerce Platform?