Virgin Orbit held a press briefing on Saturday hosted by CEO Dan Hart and VP of Special Projects Will Pomerantz. The company aims to fly its first ever orbital test launch on Sunday, at roughly 9:30 AM PT (12:30 PM ET), though there’s flexibility for that to move depending on preparations and weather. 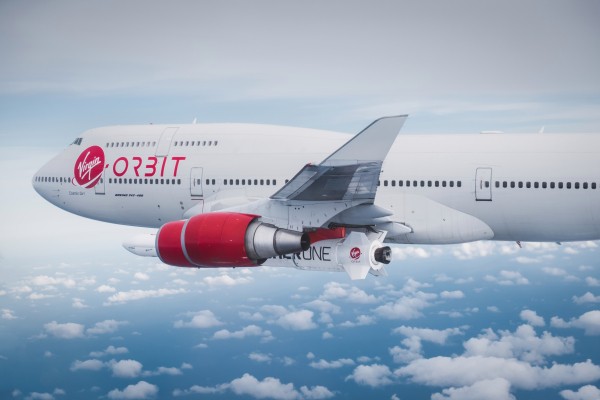 If it succeeds with this test, it’ll join an elite club of private spaceflight companies that have actually made it to orbit – but that’s not the only measure of success for Virgin for tomorrow’s test run.

Hart and Pomerantz took journalists through the flight plan and different scenarios of what could happen, tempering expectations by reminding those on the call that “about half” of a company’s first full flights fail. While Pomerantz pointed out the failure rate, he was also quick to note that he’s extremely proud of the work the Virgin Orbit team has done to date, and has confidence in their skill sand abilities.

“You essentially get to a point where you have looked under every rock and verify that there’s nothing more for you to do to verify that the system is ready,” Pomerantz said. “That’s what we have done. We’ve ygone through an enormous amount of tests, we’ve essentially done everything that we can think of that we should do including fill the rocket up with cryogenics and fuel and pressure and and fly it out to the drop.”

The point Pomerantz makes is one that comes up often in rocket and spaceflight vehicle development – you can test systems individually, run simulations, and prepare as much as you possibly can, but nothing quite compares to actually flying the full system as it’s intended to fly under real-world conditions.

Virgin Orbit expects to begin fueling the rocket very early on Sunday morning, and as mentioned it’s targeting 9:30 AM PT (12:30 PM ET) for the actual launch, though it has a couple of hours of flexibility after that point in case things need to move. From there, the company’s Cosmic Girl launcher, which is modified Boeing 747 aircraft that carries its LauncherOne rocket, will fly for about 45 minutes to an hour to reach the drop point at around 35,000 feet. That’s when the rocket will separate, and ignite its own engine and continue – hopefully all the way to space, though Virgin will be monitoring its performance and conditions and could stop short of actual orbit depending on how the launch is proceeding.

From the drop point, Cosmic Girl will return to its runway at the Mojave Air and Spaceport in California, where it should land roughly 30 minutes after releasing LauncherOne. The whole point of the launch is to gather more data for ensuring that each part of the process works as designed once the launch vehicles graduate to operational status, and Hart explained.

“The purpose of this flight is to incrementally test the rocket and the airplane and the system as we pass through the operation,” Hart said. We will be loading and learning as we go through the day. So we’ll be getting data on our load sequence, our captured carry flight out, and the full flight of the rocket after it drops through first stage flight, separation, second stage flight, and so forth and so on. And we have telemetry stations around the world to capture the data as it comes down. The data, for tomorrow, is the product of that flight.”

The results of this flight will inform Virgin Orbit’s go-forward strategy, which includes hopefully flying one to two more times this year, which Pomerantz pointed out is actually fairly aggressive in terms of goals relative to other new spacecraft developed in past. Then they’ll also look to fly around twice as many times in 2021.

Asked about their market fit, Hart pointed out that he doesn’t believe the small satellite industry is still well-served in terms of a range of flexible offerings, noting that ride share missions often leave spacecraft in less than optimal orbits, where they either just operate in a compromised fashion or have to rely on an in-space bus to carry them the rest of the way. Virgin Orbit aims to be affordable enough that small satellite clients can use it to take them exactly where they need to go. He also added that because of the design of its in-air launcher, it’s flexible in terms of launch sites, which basically means it can take off and fly a mission from wherever a Boeing 747 can operate – which definitely isn’t true of any traditional rocket operator.

As Hart also noted, the number of companies that are actually flying to space and delivering payloads on behalf of customers is still tiny – there are a lot of companies working towards that goal, but few who’ve actually succeeded, even in a test mission. Virgin Orbit could join that elite club tomorrow – provided everything goes well.

Why scientists change their mind and disagree