How Australia could harness its tides for energy

Among those harnessing this tidal potential is Sydney-based Mako Energy. The company makes underwater turbines ranging between two and four meters in diameter. One turbine operating in constantly flowing water can produce enough electricity to power up to 20 homes. 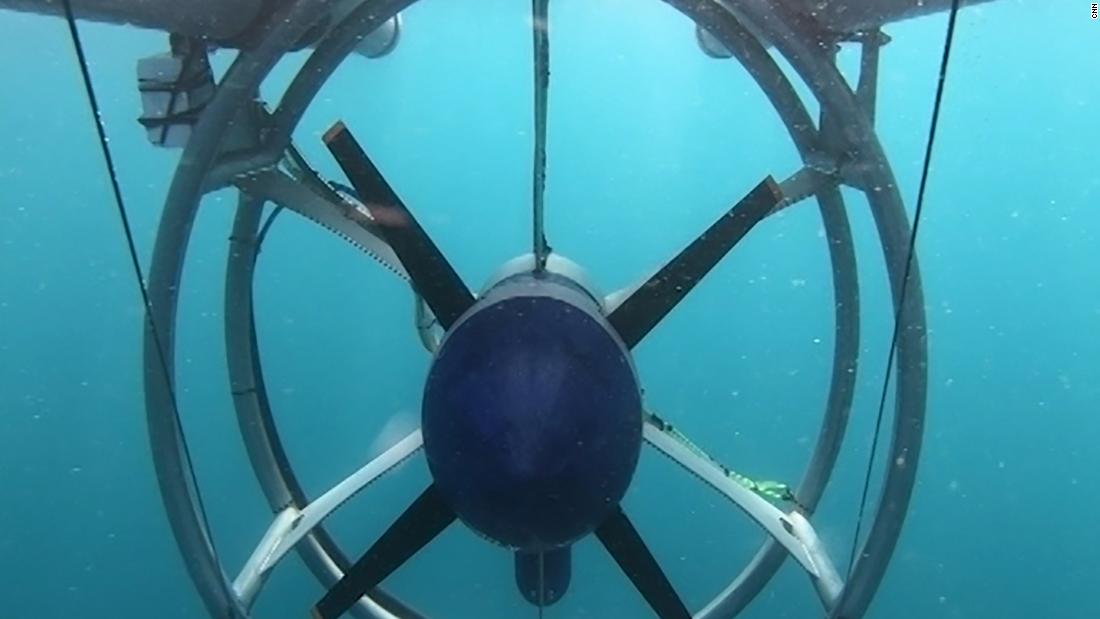 Their design enables them to generate electricity even in slow-flowing water, meaning they could be used in rivers and irrigation canals as well as the ocean.

Although tidal energy is still in its infancy, it could help to reduce Australia’s dependence on fossil fuels.

“The majority of the energy in the national grid is from coal,” explained Jenny Hayward, a research scientist at Australia’s national science agency, CSIRO. “We also have wind and solar PV [photovoltaic].”

Renewable energy accounted for just 6% of Australia’s primary energy consumption and 17% of its electricity generation in the 2017-2018 fiscal year, according to the country’s Department of Environment and Energy. This is partly because Australia has abundant and low-cost coal resources.
But renewables are growing and Australia increased its wind generation by 20% and solar by 23% that year.
The island nation is only beginning to explore tidal power through a number of pilot projects. But this form of energy has one major advantage: its predictability. While the sun may not shine, or the wind may not blow, the sea moves in predictable tidal currents.

So far, Mako’s customers have predominantly been large industrial and government sites, but it wants to make its turbines accessible to energy customers big and small.

“Tidal turbines have been around, but the challenge has been to build them cost effectively,” said Hunt.

Reducing costs means turbines could be accessible to everyone from coal-fired power plants looking to add green energy to their operation, to off-grid coastal communities.

“It’s built at a scale where individuals are easily available to do the maintenance without expert crews,” said Hunt. This means a community, business or household with access to flowing water could generate its own power and service its turbines locally.

“We want to contribute to an energy mix that is less reliant on fossil fuels, by empowering local businesses and communities to generate their own power from a predictable and abundant source that is hiding in plain sight — often flowing directly past communities,” says Hunt.

While the potential of tidal energy might seem as vast as the ocean, there are challenges to overcome. CSIRO notes that “the magnitude of this resource has not been sufficiently quantified.” One 2017 EU report points to a lack of research into the possible effects of tidal installations on marine life, and another considers high construction costs a barrier to the deployment of tidal power worldwide.
Australia’s government is currently investing in various ocean energy projects. It says that this will enable policymakers to better understand how tidal and wave power can contribute to the country’s energy mix.
BusinessHow Australia could harness its tides for energy - CNN
0 6,715
Share

‘I can’t be afraid of the risk to privacy right now’: Coronavirus and tracking app surveillance