The metropolis of Shanghai, where many foreign businesses are located, entered a two-part lockdown this week as municipal authorities sought to control an outbreak in China's worst Covid wave in two years. 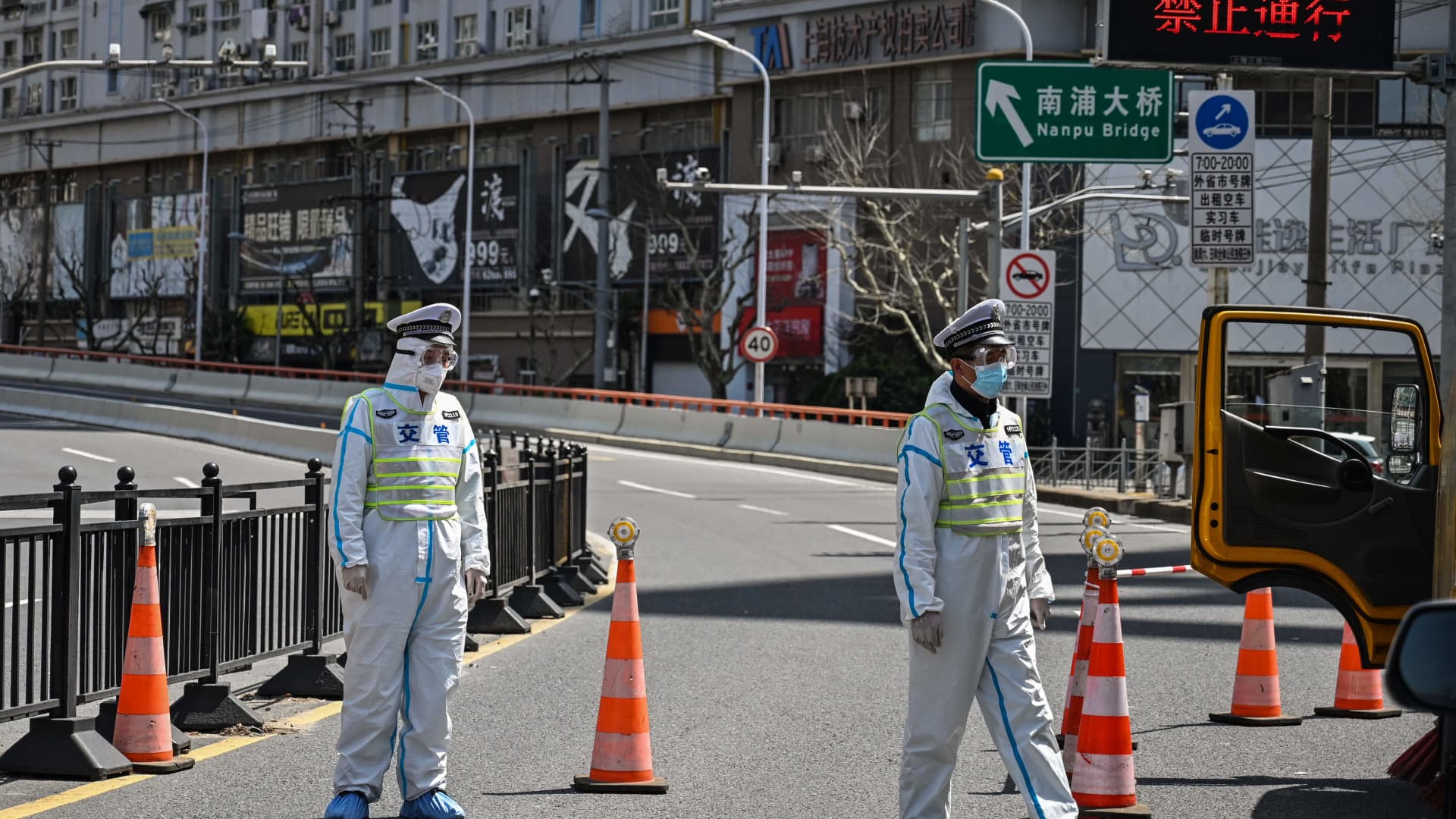 China’s central bank kept a key interest rate unchanged on Friday in a surprise move, despite expectations for more stimulus as Beijing grapples with a Covid surge.

The People’s Bank of China said it was keeping the rate on its one-year medium-term loan unchanged at 2.85%.

The Asian giant is facing its worst Covid outbreak since the start of the pandemic in late 2019, as it locks down key cities like Shanghai.

The mass lockdowns sparked predictions that its GDP growth would fall to below the government’s target of 5.5% for this year, prompting some economists and analysts to expect a rate cut.

“Most analysts, including us, had expected a cut,” he said.

Policy easing “feels like a done deal,” KraneShares Chief Investment Officer Brendan Ahern had said in the note. He cited recent comments from the central bank which said downward pressure on China’s economy had increased, driven by the Covid restrictions.

Premier Li Keqiang was also cited by state media as saying last week that China will boost policy measures to support the economy while looking into new stimulus. Analysts were expecting China’s central bank to lower borrowing costs or pump more cash into the economy to spur growth, according to Reuters.

The central bank Friday also did not release more cash into the system, opting to roll over 150 billion yuan ($23.5 billion) worth of medium-term lending facility loans.

“It underscores the reluctance of the central bank to aggressively ease policy,” said Evans-Pritchard, of the PBOC’s moves Friday. “But we think it will have little choice but to do more before long.”