Across German cities last weekend, thousands of people from many walks of life protested German government measures taken to control the spread of Covid-19. Yet some people used the protests as a pretext for displays of anti-Semitism, or open or thinly veiled support for neo-Nazi ideology. 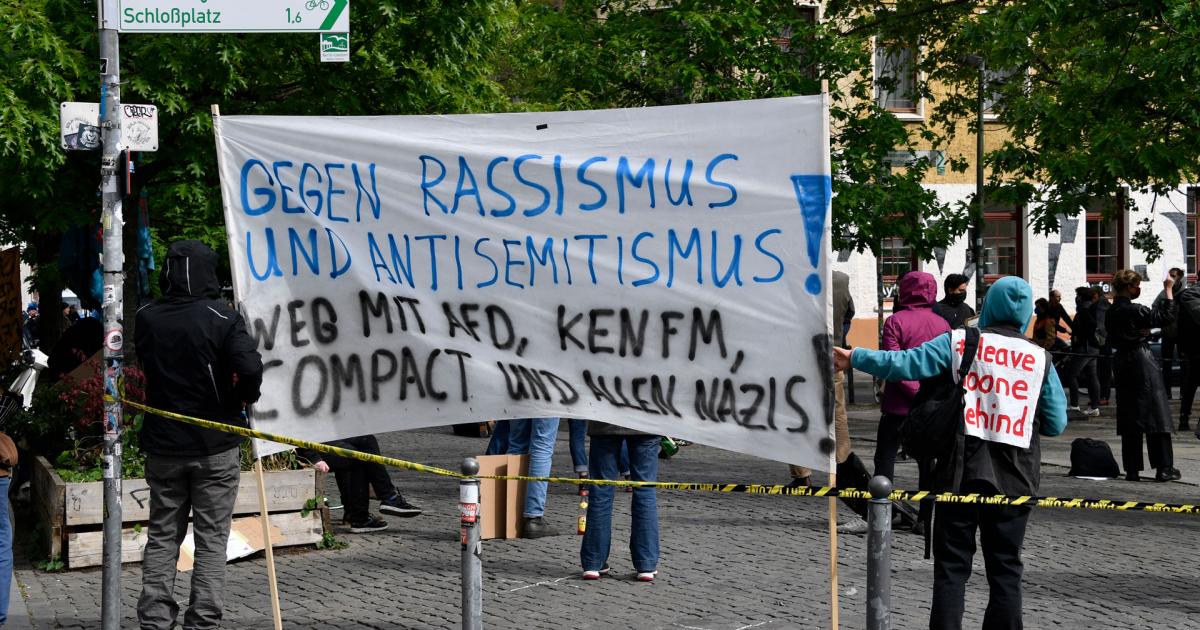 The right to peaceful protest is fundamental, but when demonstrations become a platform for racism, that has to be called out.

Some protesters reportedly wore yellow stars, drawing an inappropriate and offensive comparison between requirements to wear a face mask and the symbol Jewish people were forced to display on their clothing in the Nazi era. There were banners with anti-Semitic conspiracy theories about compulsory vaccinations for Covid-19.

This had also happened in earlier protests against the German government’s Covid-19 containment measures, and groups monitoring anti-Semitism have observed a growth in anti-Jewish sentiments during these demonstrations. Thomas Haldenwang, president of Germany’s domestic intelligence agency BfV said on Sunday: “We see a trend, that extremists, especially right-wing extremists, are exploiting demonstrations”.

Sadly, this is not an isolated trend. In 2019 there were around 2000 attacks on Jewish people or Jewish institutions in Germany, a 13 percent increase on the 2018 figure of 1,799, according to media reports quoting the government’s annual report on politically motived crimes. Among the attacks last year, one that took place at a synagogue in Halle on Yom Kippur, the holiest day in the Jewish calendar, left two people dead.

Germany should reinforce initial steps it has taken, such as expanding the BfV’s capacity in tackling right-wing extremism, to counter intolerance and racism, including anti-Semitism. A time like this, in which far-right anti-Semites can weave their toxic ideology into what should be peaceful protests about public health measures, requires vigilance. Federal intelligence agencies and regional police forces need to be attentive to the far-right hijacking demonstrations.

Thorough and timely investigations of hate crimes, and prosecutions of those responsible, are important, as are education and information campaigns against intolerance. More assistance for survivors of attacks is key too, according to support groups.

Addressing Germany’s Jewish community on the night of the Halle synagogue attack, Chancellor Angela Merkel declared her government would “do everything possible to ensure that you can live in safety.” The Covid-19 crisis is a sad reminder that work is still needed to make this a reality.