The Kyle Busch-Joey Logano fight of 2017 is legendary in part because it's rare for a NASCAR driver to approach another and, without any exchange of words, get right to business. 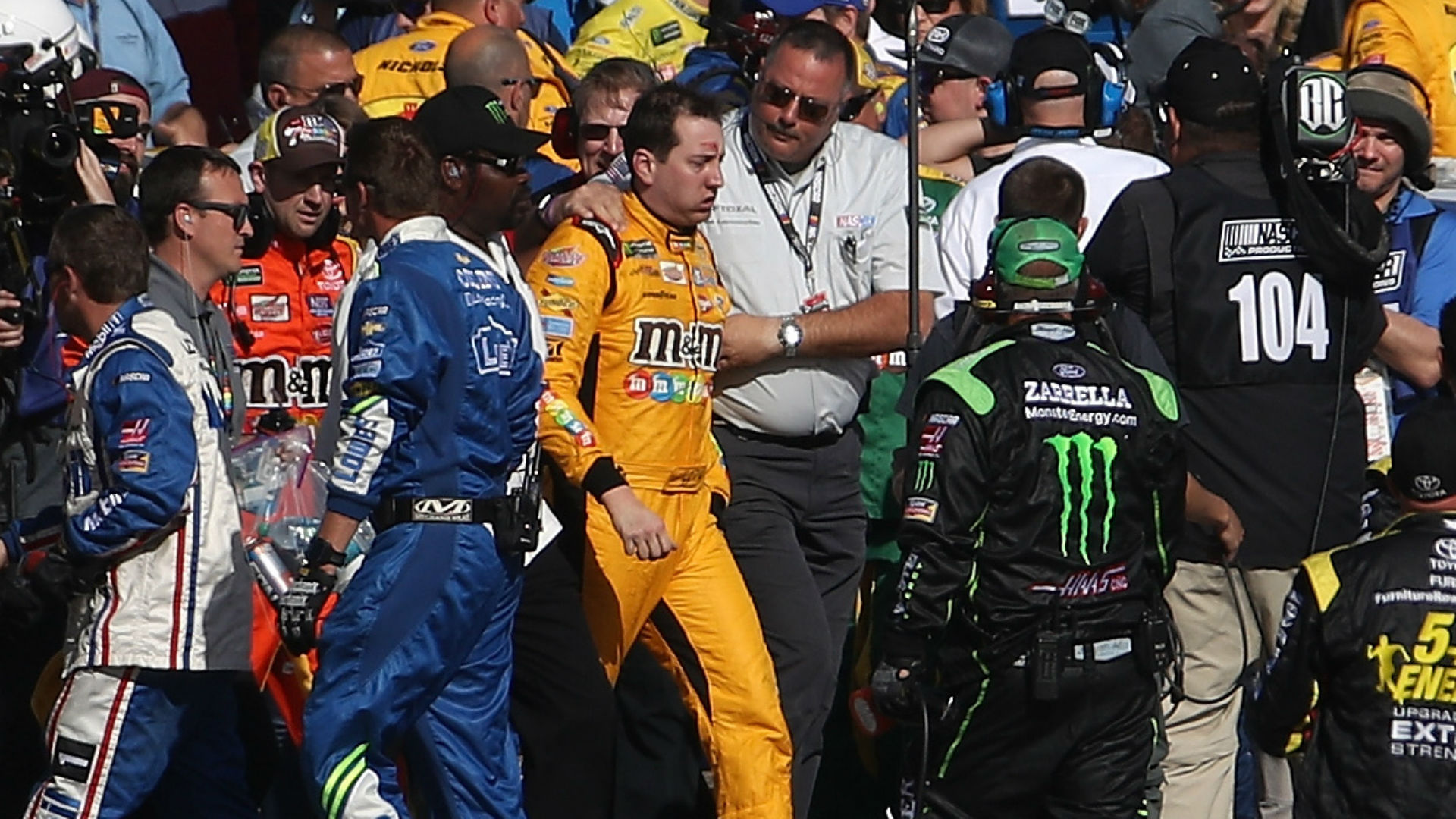 Jeff Gluck, then the operator of JeffGluck.com and now a NASCAR writer for The Athletic, was in the right place at the right time to perfectly capture the brawl.

Martin Truex Jr. cruised to victory in that Cup Series race at Las Vegas Motor Speedway, but a last-lap battle for third in which Logano sent Busch spinning prompted the fight.

“There wasn’t much talking, just a lot of swinging,” Logano told Fox Sports’ Vince Welch when interviewed after the fight.

More than three years later, Gluck got Busch to open up about the fight with Logano and why things escalated so quickly. The question — “So what happened with all that and why did you decide to do that?” — was asked as part of Gluck’s “12 Questions” series with NASCAR drivers.

Below is Busch’s response:

“Well, there’s always been a rivalry of sorts between Team Penske and Joe Gibbs Racing, and much of that has stemmed from Brad (Keselowski) and myself never liking each other or getting along. Joey and I have always had a pretty decent relationship, and I was one of his biggest supporters at JGR. I was one of the guys talking to Joe (Gibbs) and saying, ‘Man, I don’t think he needs to be let go. I think we should keep him. I think we need to keep him a little longer.’ We were always cordial. I wouldn’t call us friends, but I was better teammates with Joey than I probably was with Denny at that time.

“But then he goes over to Penske and gets Brad in his head and starts to become this cocky Brad No. 2. I’m like, ‘Man, I can’t tolerate that.’ For one, you can’t be this happy-go-lucky, laugh-all-the-time, ha-ha whatever to everyone’s face and then on the racetrack put this different act on. Like who you are is who you are; you can’t be two-faced. I hate two-faced.

“So he started doing a little bit of that and it started bugging me and driving me the wrong way. There were some other instances where he and I were kind of rough on the track. We weren’t really disrespectful, but it was starting to get to that point where it was like, ‘All right man, that probably went a little too far.’

“(At Las Vegas), it was four to go or three to go and Brad, lo and behold, was losing a motor or dropped a cylinder or something in the last few laps. Joey and I were going to be racing for third, essentially.

“There was a moment down the backstretch where Joey and I were side-by-side and we were catching Brad. I was just a little bit enough ahead of Joey where I turned down so I didn’t get stuck behind Brad to where Joey would use Brad as a pick to keep the position on me. I was better than Joey; I had caught him from a straightaway back.

“So I turned down on him a little bit and just barely touched him to make a hole, got the hole and turned into (Turn) 3, and then he just flat-out drives off in there. And I knew he wrecked me. Like I knew — I knew — he drove into me and flat-out wiped me out. On purpose.

“I’ve been in trouble enough times over the years (because) after the race is over, you go and beat each other’s car up and all that stuff. I was like, ‘Well, I’m not going to do that. Fine, I’ll do something else this time. Watch this.’ So I just marched my happy ass down there and whacked him across the head.”

Logano’s excuse for the wreck at the time, for what it’s worth, was that he was trying to save his car from wrecking.

“He tried to pin me down into the corner underneath Brad, and we about crashed on entry,” Logano said. “And then I was still trying to gather it up by the center. I was going to spin out, so I’m trying to chase it up, and he was there. Obviously nothing intentional, but obviously he thinks that.”

Based on Busch’s account, though, the fight was the product of some deeply rooted issues rather than one on-track incident.