Life at the Trump Tailgate: Spiked Slurpees, Culture Wars and the Coronavirus Hoax

Deborah Fuqua-Frey, who sits on the board of the Washtenaw County GOP and helped organize the pro-Trump rally here, says the United Auto Workers union “controls the outcome of the 2020 election.” And that terrifies her. “Because nobody knows how to stuff the ballot box like the UAW,” she says. “Trust me, I was a third-generation UAW member, and I know they’re always looking for new ways to cheat. That’s what they’re going to do with the mail system.” 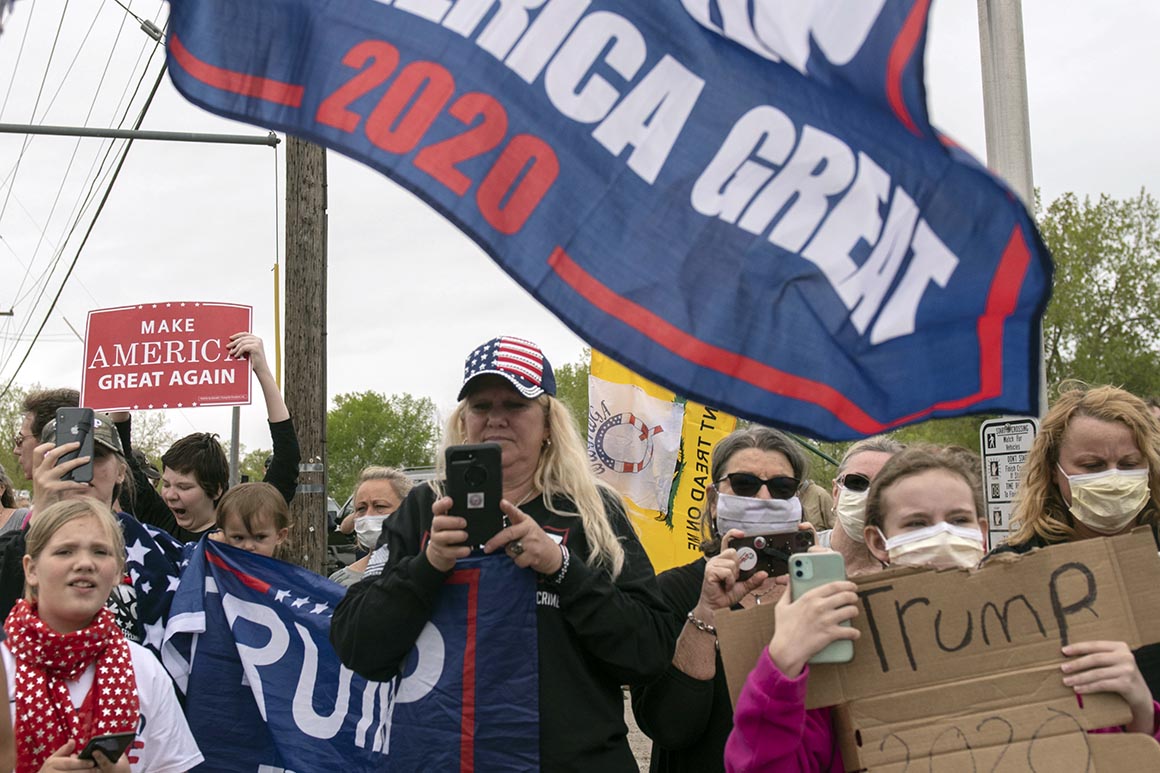 According to Fuqua-Frey, this would represent a sinister final attempt to remove Trump from office, after the failure of the Mueller Report, the Ukraine-inspired impeachment process, and, most recently, the Covid-19 pandemic.

“Isn’t it kind of convenient that as soon as impeachment failed, we’ve suddenly got this virus?” she asks, alternating between puffs on a Winston and her inhaler. “This was domestic political terrorism from the Democratic Party. They’ve got all these numbers inflated, especially the deaths. Nobody can explain why nobody’s dying from other causes anymore. Most of these people who are ‘dying from coronavirus’ aren’t actually dying from coronavirus. It’s domestic political terrorism. But Trump will be fine. His voters know better. We aren’t falling for it.”

And so it went Thursday in Ypsilanti. With the president paying special attention to Michigan at a time of unprecedented turmoil in the state, touring a region rich in symbolic value for his reelection campaign, nearly every conversation with his die-hard supporters detoured into the dark and conspiratorial. Sure, there was talk outside the Ford plant of jobs created and regulations slashed and veterans taken care of. But much of that talk was perfunctory, a sort of rhetorical appetizer before digging into the red-blood entrees the president has chosen to serve up for his base.

Having obsessively covered the Republican Party from the ground-up over the past decade, from the twilight of George W. Bush through the first term of Donald Trump, I thought I’d seen it all, heard it all. But this was new. The warp speed at which alarms about voter fraud—and specifically, voting by mail—were synchronized from the president’s Twitter feed to the lips of his voters guarantees a volatile five months ahead, and a potentially volcanic period thereafter.

“This was the most exciting day of my life. Okay, the second-most exciting day, after the birth of my grandkids,” says Paula Stone, an Ypsilanti resident, after the president’s motorcade passes. Tonight, Stone says, like every other night, she’ll watch Fox News and click around the internet and social media for information about the president. But she’s not particularly interested in the highlights of his speech inside the Ford plant.

“I want to know more about this vote-by-mail fraud,” she says. “I’ve heard some shady shit is going down.”