“Long COVID” federal response ramps up, with an NIH trial of potential treatments starting this fall 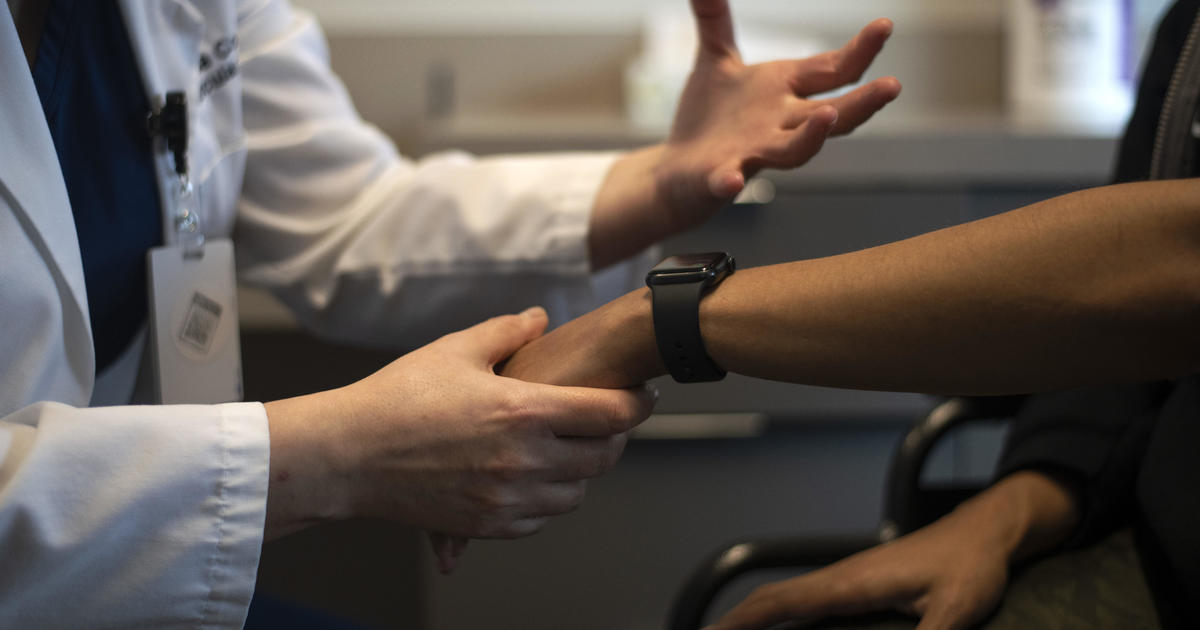 It’s been one of the biggest mysteries of the COVID-19 pandemic: Why do some people experience at-times debilitating symptoms that linger for months after the initial infection came and went? And what can be done to help those suffering from “long COVID”?

The National Institutes of Health is now hoping to launch its first big clinical trials of potential treatments for patients experiencing long-term symptoms from COVID-19 as early as October, according to a top federal official overseeing the plans.

It’s part of the Biden administration’s response to the millions suffering from long COVID, with initiatives expected to ramp up over the coming months.

“We’re hoping October, November, we could start something big. We might start something small sooner, just to do a pilot first. It depends how the tests work,” says Dr. Walter Koroshetz, director of the National Institute for Neurological Disorders and Stroke.

Koroshetz is part of the team that has helmed the NIH’s RECOVER initiative to study the wide constellation of lingering symptoms grouped as “long COVID” or “post-COVID” conditions.

Those symptoms can include fatigue, shortness of breath, cough, “brain fog,” insomnia, diarrhea, or loss of smell.

Apart from the hoped-for trials of treatments for long COVID, RECOVER has already enrolled close to 7,000 volunteers — and conducted 50 autopsies — to build out an understanding of the lingering effects of the disease, Koroshetz told CBS News.

Harder to recruit have been people early on after they test positive, to study how they later recover over time.

“They’re not going into hospitals, which is oftentimes where we have the best ability to enroll, and also, because of home testing, they’re not going to doctors,” said Koroshetz.

Similar to the agency’s “master protocol” studies, which evaluated treatments reducing the risk of hospitalization and death from COVID-19, Koroshetz says the agency has been working for months to spin up sweeping trials for drugs that might be able to address some of the underlying causes for long-term symptoms.

One promising thread in that research is medications that might work for people whose symptoms doctors now suspect are likely caused by the virus persisting in the body, stubbornly infecting patients for months after they first tested positive.

Studying those drugs will first require first tests that can quantify whether the treatments are actually working to clear out simmering SARS-CoV-2 infections. Lingering virus cannot explain every long COVID symptom. Scientists believe the causes range widely, with some patients suffering extended symptoms due to organ damage from the initial infection, or from an  overcharged immune response that persists after the virus seems to have cleared.

“If you just throw something at a group of people with post-COVID, you’d have to be really lucky to see anything because of the heterogeneity of this, and because you don’t know if you don’t know what you’re targeting, you have no way of deciding on a dose or duration,” said Koroshetz.

NIH is also working on a number of other protocols and grants to develop new treatments across the wide spectrum of long COVID symptoms, Koroshetz added. These include therapy for concentration problems and drugs that might manage cardiac issues.

In the meantime, federal researchers say they hope to soon step up research into helping patients manage and treat their long-term symptoms.

The U.S. Department of Veterans Affairs plans to scale up an effort to coordinate their approach to how their doctors are caring for long COVID patients across their system.

Their new Long COVID Clinic Practice Based Research Network plans to start gathering uniform data on their long COVID patients, which the department hopes could help answer key questions around diagnosis and treatment. They also plan to fund several studies of their own, now being proposed this month from doctors across the V.A.’s hospitals, a spokesperson told CBS News.

The V.A. also recently published a guide for doctors caring for patients with long-term symptoms, which it estimates could number between 24,000 and 42,000 veterans.

“At the time of this writing, it is estimated that 4-7% of those diagnosed with COVID-19, or 2% of the U.S. population, will develop Long COVID,” the guide’s authors wrote.

However, the authors acknowledged that estimates of the prevalence of long COVID symptoms continues to vary widely depending on how they are measured around the world.

In the United Kingdom, surveys suggest that around 2.8% of the population — or some 1.8 million people — are currently experiencing symptoms that have lasted more than a month since their infection.

In the U.S., 7.5% of adults surveyed say they have symptoms that have lasted at least three months after they first contracted the virus, according to U.S. Census Bureau data published by the Centers for Disease Control and Prevention in June.

More estimates are expected by next summer from the CDC’s ongoing National Health Interview Survey, which is expected to wrap up collecting its data at the end of this year.

Data from the CDC-backed INSPIRE cohort study suggests that the most commonly reported symptoms a year after surviving an infection are head-related complaints like headache, loss of taste or smell, or runny nose.

The Biden administration has pledged to embark on more research to unlock answers around long COVID, including better surveillance of its prevalence and how to treat it. Officials have called on Congress to fund their “ambitious goals,” including a new permanent office to coordinate different agency efforts.

Congress has already set aside some money aimed at tackling long COVID, including $1.15 billion first appropriated in December 2020 that led to the creation of the RECOVER initiative.

Senator Tim Kaine, who has long been a proponent of funding long COVID efforts, said he was optimistic Capitol Hill might be able to devote more money to the issue – despite other long-stalled COVID-19 requests from the White House.

“In terms of the bipartisan nature of this, in the long COVID space, I feel like I’ve got really good support on both sides of the aisle, in both houses,” the Virginia Democrat told CBS News earlier this month.

Kaine — who has spoken out about suffering from long COVID symptoms himself — was among three Democrats to introduce a bill to fund more long COVID efforts back in March. Kaine also cited the spending bills for next year, released last month by Senate Democrats, which include proposals to fund more research at the CDC and the Agency for Healthcare Research and Quality.

Of course, the spending bills remain far from the president’s desk.

“Democrats know the path to a successful appropriations process, but today they chose to move in a different direction,” Republican Senator Richard Shelby said in a statement late last month, decrying the proposals as “filled with poison pills” and “wasteful, off-budget spending.”

Nevertheless, Kaine said he continues to hear from others who are still suffering from long COVID symptoms like himself. That kinship, he believes, could fuel further support for funding research and treatments.

“I’m not finding it hard to convince my colleagues that this is a priority,” said Kaine.

Health officials are investigating a “fast-moving” E. coli outbreak in Michigan and Ohio, the CDC says

Wendy’s pulls lettuce from some restaurants amid E. coli outbreak that has hospitalized at least 10