The Maldives authorities have not credibly addressed threats to free expression and other rights by religious extremist groups, Human Rights Watch said in a report released today. Despite progress in media freedom under President Ibrahim Mohamed Solih, the government has neglected other essential reforms, leaving the justice system vulnerable to pressure from powerful interest groups, and groups that advocate violence against journalists and critics of the government. 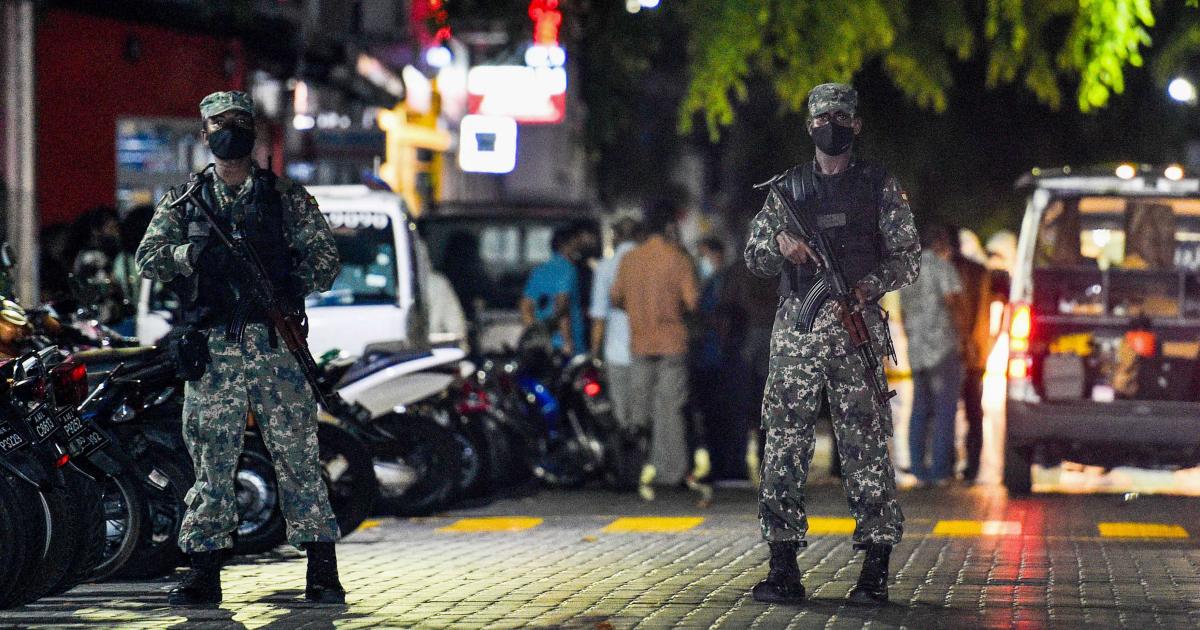 The 56-page report, “‘I Could Have Been Next’: Stymied Reforms in the Maldives,” finds that the Solih administration, more than halfway into its five-year term, has not fulfilled election promises to reform the criminal justice system to address threats to free expression. The government has reduced its repression of free speech and the media, so reporters say they no longer fear state censorship or worry about facing criminal cases or fines for doing their jobs. Yet, the government has often relented to pressure from politicians and powerful religious groups, instead of upholding free speech and association.

“The Maldives government’s failure to adequately investigate and prosecute targeted violence has exposed entrenched impunity and other weaknesses in the criminal justice system,” said Patricia Gossman, associate Asia director at Human Rights Watch. “The Maldives government and its donors should prioritize efforts to reform the judiciary, ensure accountability for serious abuses, and protect the rights of free speech and assembly.”

The report is based on 26 interviews in the Maldives and among Maldivians living outside the country. Human Rights Watch concluded that Maldives’ donors, including the United States, United Kingdom, and European Union, need to support credible steps toward strengthening independent institutions in the Maldives that can protect and promote human rights.

The government has failed to address the grave risks posed by extremist groups that have political protection, Human Rights Watch found. On May 6, 2021, a bomb attack targeted the parliament speaker and former president Mohamed Nasheed, who has been accused by opponents of being an “enemy of Islam.” Nasheed survived with critical injuries. The explosion also injured bystanders and members of his security detail. While the authorities have arrested nine people for the attack, Nasheed has expressed fears that his life is still in danger.

When clerics and social media activists label their critics as anti-Islam and threaten violence, the government has frequently failed to prosecute those who are responsible for attacks. Those targeted include women’s rights activists, defenders of the rights of lesbian, gay, bisexual, and transgender (LGBT) people, journalists, and bloggers.

One activist who faced threats for his social media posts against religious extremism said: “I have become a constant target for religious extremists because I speak out.” He expressed concern that he could easily become the next victim of violence.

The President’s Office, in a written response to Human Rights Watch, acknowledged that people who report threats have felt that their complaints were not being addressed adequately. It said the government is actively working with state institutions to bring reforms.

On his first day in office in November 2018, President Solih established the Commission on Deaths and Disappearances to independently investigate unresolved cases of violence against activists. But, nearly three-and-half years later, it has made little progress amid allegations that politicians have intervened in the justice system to protect those responsible.

The police have buried investigations, prosecutors and courts have failed to indict suspects, and politicians have lent their support to criminal gangs that promote extremist ideology. Only one murder has been successfully prosecuted, amid concerns that those who planned it still evaded justice.

Those targeted include Ismail Hilath Rasheed, a journalist and blogger, who was stabbed in the neck in June 2012 and survived; Dr. Afrasheem Ali, a member of parliament and religious scholar known for his sermons supporting gender equality and other liberal views, who was fatally stabbed in October 2012; Ahmed Rilwan, a journalist, who was abducted and disappeared in 2014 after accusing several politicians of corruption; and a blogger, Yameen Rasheed, who was fatally stabbed in 2017.

The Commission on Deaths and Disappearances told Human Rights Watch, in February 2022, that its goal was to prosecute people at all levels for the offenses and to address systemic issues to ensure non-recurrence of these crimes in the future.

During his election campaign, Solih pledged to abolish laws that curtail citizens’ right of peaceful assembly. However, the government has yet to amend the Freedom of Assembly Act and has instead continued to use it to block protests. The government has also invoked the law to restrict peaceful protests on the pretext of containing the spread of Covid-19. Police have also used unnecessary force against protesters.

Despite some reform efforts, the Maldives Police Service has demonstrated serious gaps in its capacity to conduct credible criminal investigations or follow regulations regarding the use of force. Police corruption remains a hurdle to impartial investigations, with officers susceptible to political pressure.

President Solih has said he is committed to reforming the composition of the Judicial Services Commission, which appoints judges. The Maldives Attorney General’s Office informed Human Rights Watch that new amendments to the Judicial Service Commission Act introduced stringent mechanisms for judges’ disciplinary hearings and anonymous submission of complaints. However, politicization of the commission continues to undermine judicial independence.

“The Maldives has only recently emerged from decades of authoritarian rule, but to build a robust and lasting democracy, the Solih administration should focus on urgent justice system reforms,” Gossman said. “Instead, the government seems to have succumbed to a policy of appeasing religious extremists who oppose basic freedoms.”