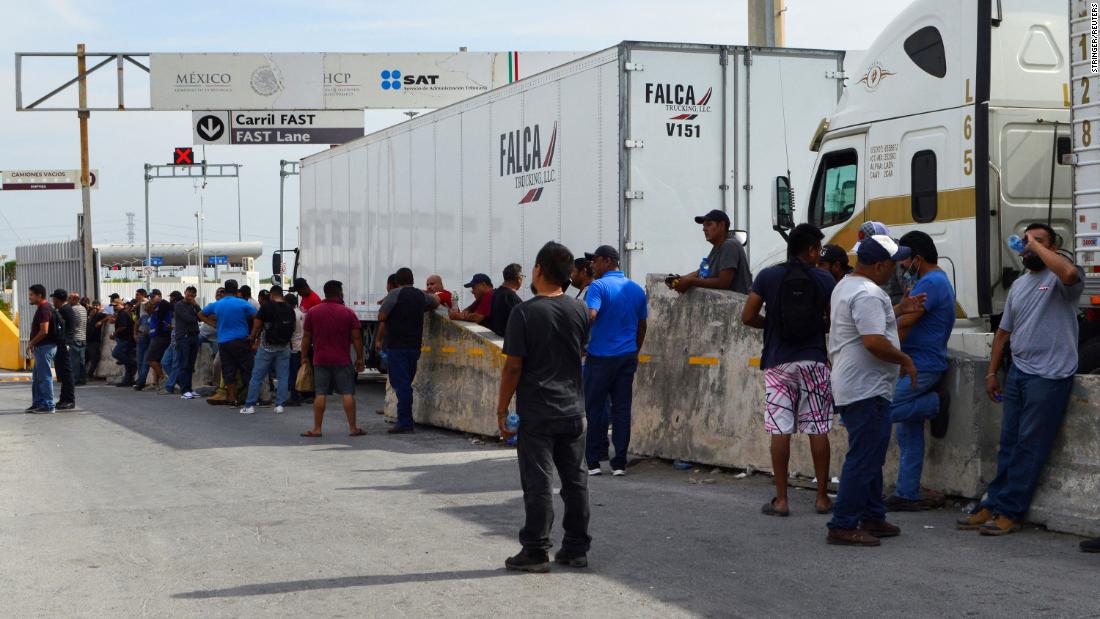 Share
The protest at the Pharr-Reynosa International Bridge follows a move by Texas Gov. Greg Abbott’s office to enhance safety inspections at state border ports in response to Biden administration plans to end pandemic-related restrictions at the border.

New border strategies announced by Abbott’s office are meant to “curtail the flow of drugs, human traffickers, illegal immigrants, weapons and other contraband into Texas” and include “enhanced safety inspections” of commercial vehicles entering the US by ports of entry in Texas.

The Texas Department of Public Safety, or DPS, did not respond when asked by News Journos if any commercial drivers have been charged with human smuggling or drug-related offenses. As of Sunday, the agency had inspected 2,685 commercial vehicles at select entry ports along the Texas-Mexico border and placed 646 of them out of service for “serious safety violations” which include defective brakes, tires and lighting, it said.

Abbott’s office did not immediately respond to News Journos’s request for comment about criticism of the bottleneck at the border and the new policy, which is a reaction to President Joe Biden’s plans to lift at the end of May the Trump-era Title 42 that effectively prevents migrants from seeking asylum in the US.

The border inspections by Texas are seen as redundant by at least two major trade groups that say the new policy is already wreaking havoc on the border.

“Adding an additional Texas DPS inspection once trucks have crossed the border is causing serious delays with no commensurate increase in border safety,” Lance Jungmeyer, Fresh Produce Association of the Americas president, wrote Saturday to Abbott.

“Over $9 billion dollars worth of produce is traded through Texas,” he wrote, adding the newly announced border inspection policy has “severely impacted trade” throughout the state.

The president of the Border Trade Alliance issued a statement Sunday that warned Abbott’s policy could drive up consumer prices. The nonprofit represents a network of over 4.2 million public and private sector representatives impacted by US, Mexico and Canadian trade relations.

“We oppose any state-level action that results in an inspection process that duplicates the inspections already performed by US Customs and Border Protection,” or CBP, Britton Mullen said in her statement.

“While border states like Texas have an important role to play in ensuring truck safety and code compliance, the state should be working in collaboration with CBP, not engaging in a new inspection scheme that will slow the movement of freight, which will only exacerbate the country’s supply chain crisis and put even more upward pressure on consumer prices.”