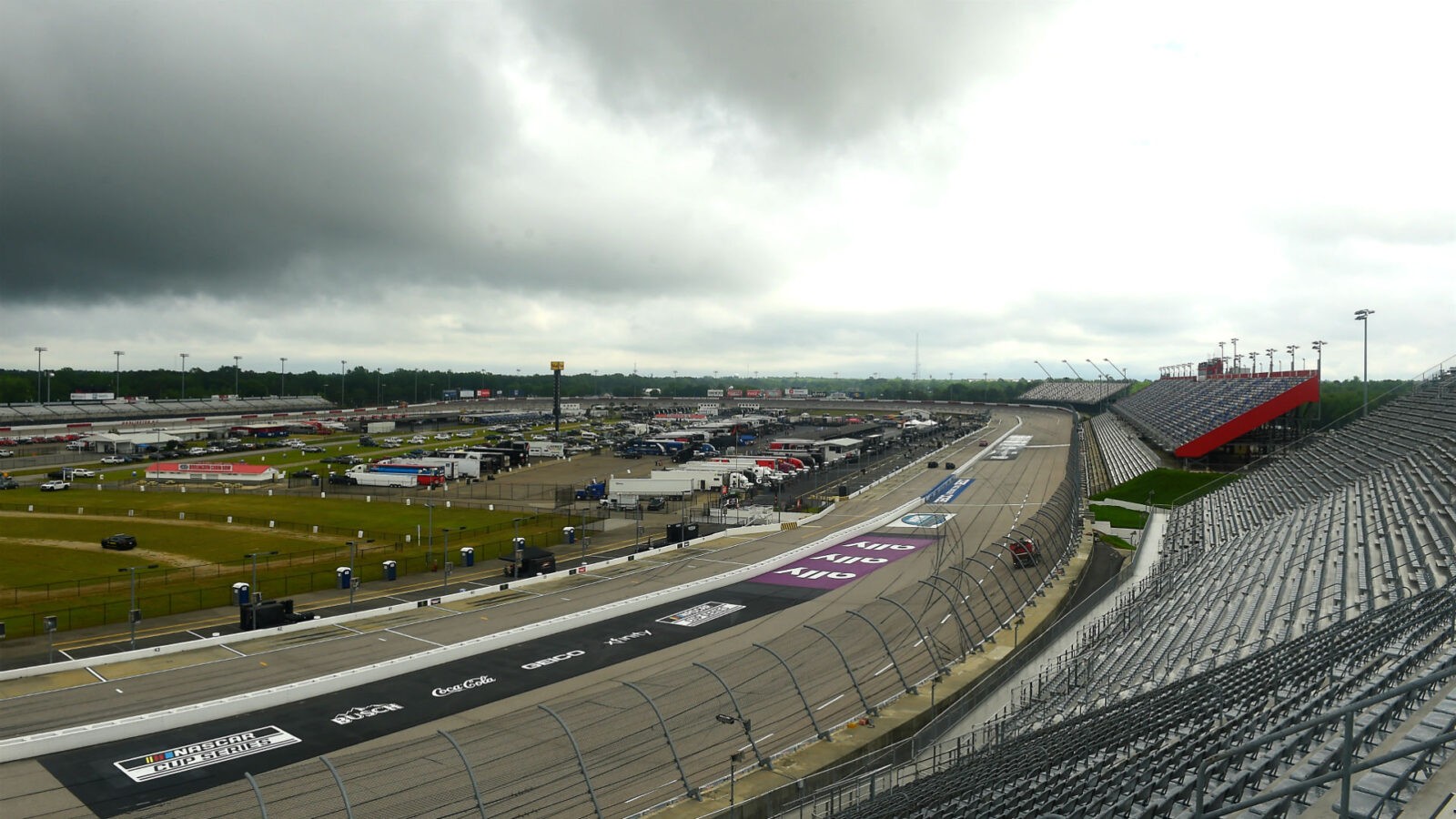 Based on the weather forecast for the Darlington, S.C., area on Wednesday night, the second race in NASCAR’s 2020 reopening plan might not be as successful as the first. That NASCAR already changed the start time for Wednesday night’s Cup Series race tells us all we need to know about how it feels regarding the threat of rain.

Wednesday night’s race at Darlington, the second Cup event in the span of four days at the same track on NASCAR’s modified schedule for 2020, was originally set to run at 7:30 p.m. ET. But because there’s such a high chance of rain in the Darlington area Wednesday night, NASCAR changed the race’s start time to 6 p.m. ET. The race needs to reach only the halfway point (Lap 114) to be considered official.

Below are the details of the weather forecast that promoted NASCAR to change the start time of Wednesday night’s Darlington race.

Once again, the rain has stopped and NASCAR has ordered track drying to begin anew.

They are starting the Air Titans.

MORE: When will fans be able to return to NASCAR races?

According to weather.com, there is a 90 percent chance of precipitation in the Darlington, S.C., area on Wednesday night. Thunderstorms are “likely” with the potential for heavy rainfall. The National Weather Service has a flash flood watch in effect for the Darlington area through Thursday.

A live weather radar for Darlington, S.C., can be found here.

This is why NASCAR already moved the start time for Wednesday night’s race up to 6 p.m. ET after originally scheduling the event for 7:30 p.m. ET.

Some have wondered why NASCAR won’t move the start of Wednesday’s race to an even earlier time. As Fox Sports’ Bob Pockrass explains, the “screening process right now is five hours for officials, road crews and pit crews.” The new 6 p.m. ET start time is as early as NASCAR can start a race that was originally scheduled for 7:30 p.m. ET.

Well aware of the threat of rain in Darlington on Wednesday, NASCAR reportedly has a 7 p.m. ET start time on Thursday in mind in the event it needs to postpone Wednesday night’s race. Of course, the weather forecast in Darlington on Thursday is similarly gloomy, with an 80 percent change of rain during the day and a 50 percent chance of rain at night.

It’s unclear whether NASCAR can try to squeeze in a Darlington Cup race on Friday should it need to do so. The Coca-Cola 600, NASCAR’s longest race, remains scheduled for just a couple days later on Sunday, May 24.

The NASCAR Xfinity race that was scheduled to run Tuesday night at Darlington has been rescheduled to noon ET Thursday due to rain.