NATO Secretary-General Jens Stoltenberg said Friday that the 30-member U.S.-led alliance would "warmly welcome" Finland should the Nordic country apply for membership in light of Russia's war in Ukraine. 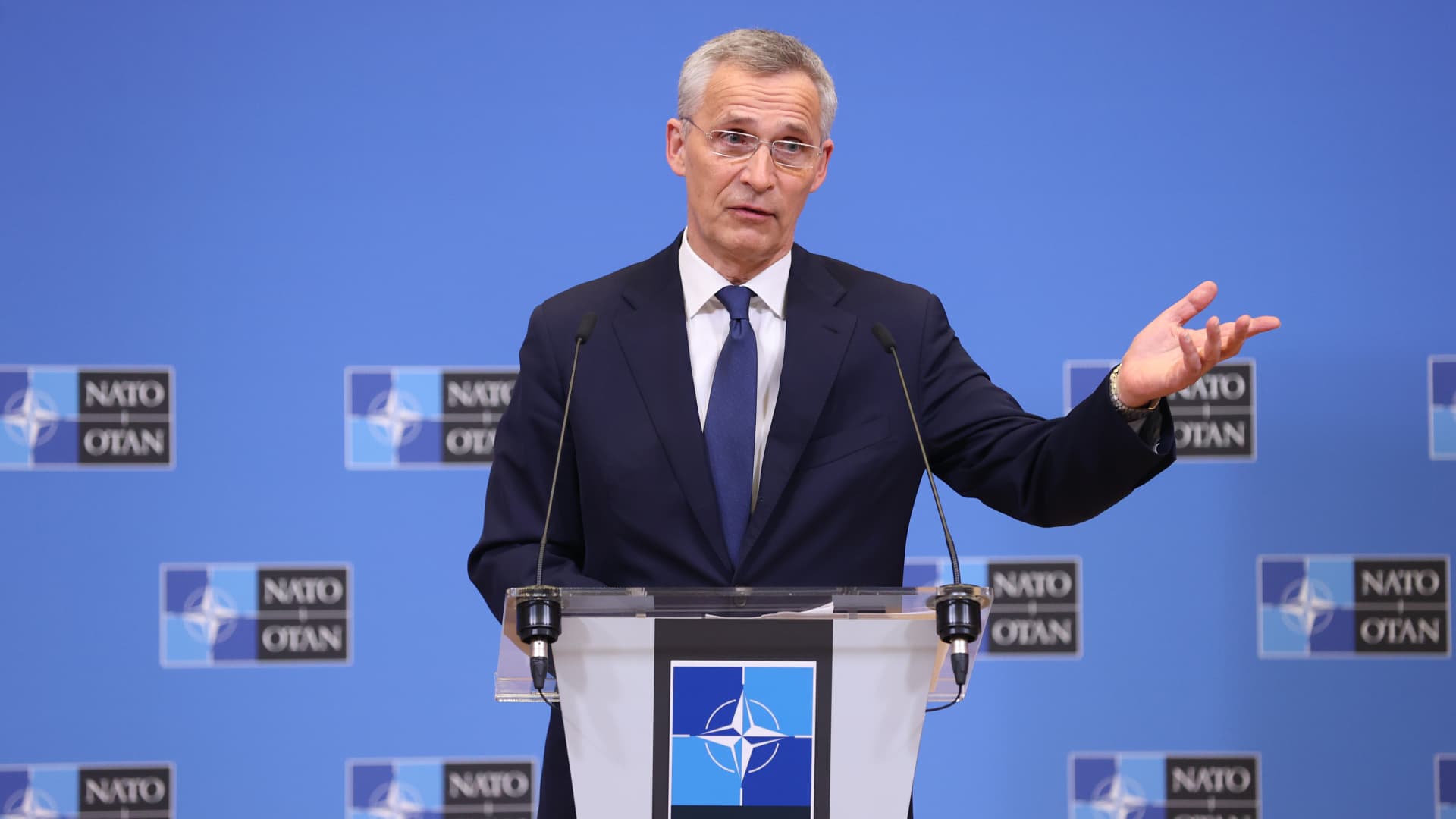 Finland Foreign Minister Pekka Haavisto said Thursday that the country, which shares a 1,300-kilometer border with Russia, would soon clarify the next steps on the possibility that it will apply for NATO membership.

Speaking to News Journos’s Hadley Gamble on Friday, NATO’s Stoltenberg said Finland’s move to consider joining the NATO military alliance was a “direct result” of Russia’s invasion of its neighbor on Feb. 24.

“The message from NATO and from me is that it is for Finland to decide,” Stoltenberg said.

“We will respect the decision regardless of what the conclusion will be, but if Finland decides to apply for membership, I am confident that NATO allies will warmly welcome them — and we can quite quickly make the decision to have them as a member of the allies,” he added.

Sweden has also signaled it’s open to reconsidering its non-alignment policy as the war in Ukraine prompts a sharp upswing in support for NATO membership. A flurry of opinion polls in Sweden published since early March show that nearly half now favor joining NATO.

Stoltenberg’s comments come shortly after a two-day meeting of foreign ministers at NATO’s headquarters in Brussels, Belgium, and as Russia continues redeploying forces to eastern Ukraine.

It is thought the Kremlin is preparing for an offensive in the Donbas region in the coming days.

Ukraine Foreign Minister Dmytro Kuleba on Thursday pressed the military alliance to provide Kyiv with more weapons to defend itself against Russian forces.

Kuleba warned of further atrocities like the civilian killings in Bucha unless Ukraine is quickly supported with more military aid. Ukraine is not a member of NATO, but it has received support from the alliance since Russia’s invasion on Feb. 24 — and many member states have already supplied Kyiv with weapons.

However, there are fears that supplying Ukraine with more weapons, particularly heavier offensive equipment such as tanks and fighter jets, could lead to a direct conflict between Russia and NATO.

Speaking ahead of the ministerial meeting on Thursday, Kuleba said: “My agenda is very simple. It only has three items on it. It’s weapons, weapons, and weapons.” He warned the resistance Ukrainian forces had shown in recent weeks would be accompanied by “enormous sacrifices” in the absence of even greater support from NATO.

NATO’s Stoltenberg on Friday declined to go into the specifics types of weapons that would be provided to Ukraine, citing “operational reasons.” However, he said the alliance would supply Kyiv with a “wide range” of both older and more modern-era weapons.