Governor Cuomo makes an announcement and holds briefing on COVID-19 response at Feinstein Institute for Medical Research. Coronavirus deaths in New York state have fallen below 100, Gov. Andrew Cuomo said on Saturday, marking the lowest daily death toll from the virus since March 24. 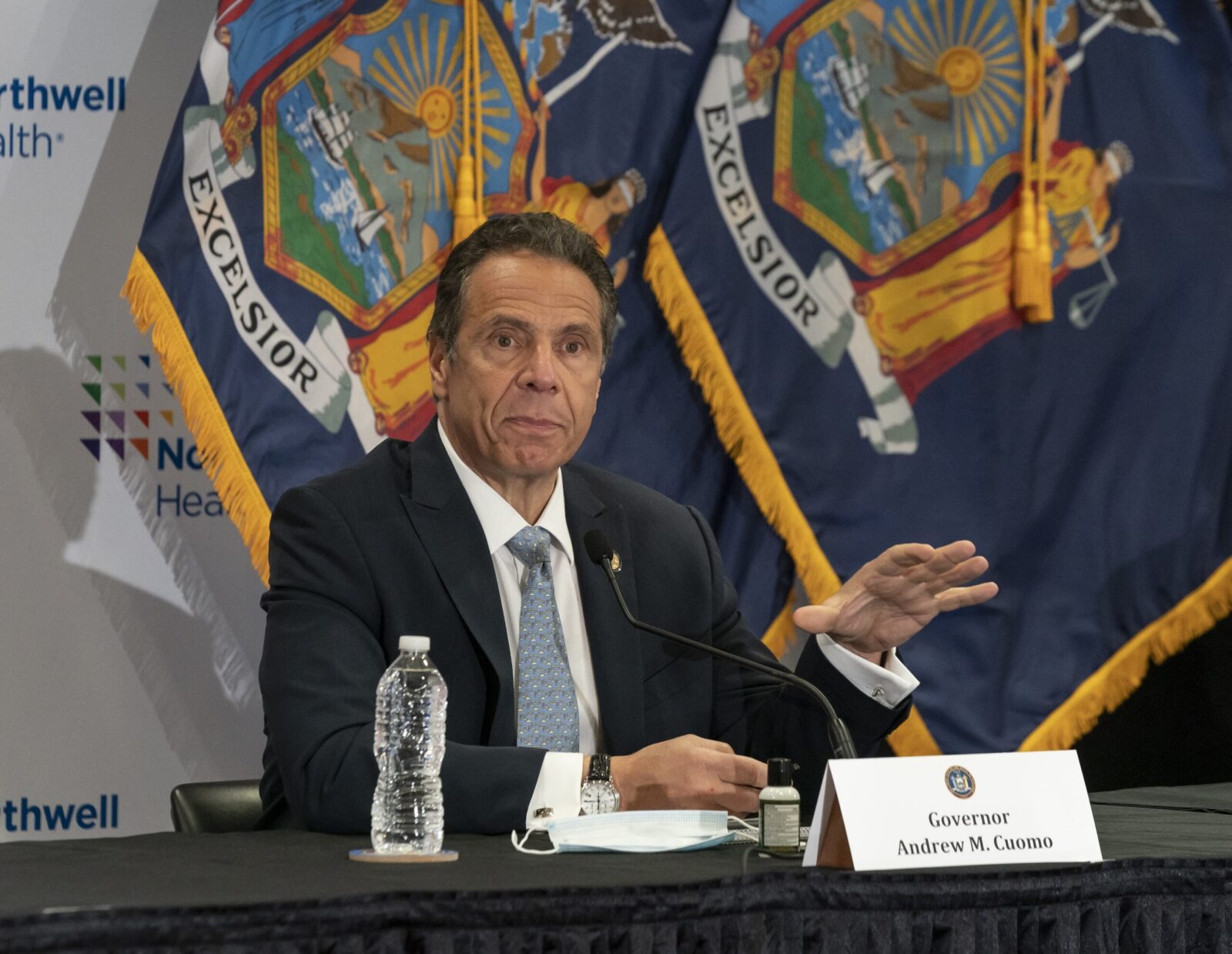 The governor said the 84 new reported deaths was a “tragedy” but that the downward trend in daily deaths was a sign that the state is making significant progress.

“The fact that it is down as low as it is, is really overall good news,” Cuomo said during a press conference at the governor’s mansion in Albany. “In my head, I was always looking to get under 100. For me, it’s just a sign of real progress.”

The state at its peak reported more than 3,100 new cases and close to 800 fatalities a day in late March and early April. It has since experienced a continued decline in hospitalizations, intubations and new cases.

Cuomo said that the mid-Hudson region will reopen starting on Tuesday and Long Island will reopen on Wednesday as part of the state’s Phase 1 plan, in which some nonessential businesses will open under safety protocols directed by the state.

The governor on Friday issued an executive order allowing groups of up to 10 people anywhere in New York, as long as social distancing is maintained. New York City and the surrounding regions have not reached state guidelines that would allow any reopening.

The virus continues to spread across the U.S., with more than 1.6 million cases and at least 96,007 fatalities.

Religious services resume in France as easing of restrictions continues