There were a lot of questions posed to Ohio State athletic director Gene Smith during nearly 50 minutes of interaction via teleconference with media who cover college sports, and the one thing that was obvious throughout was this: He does not have all the answers. No one does. 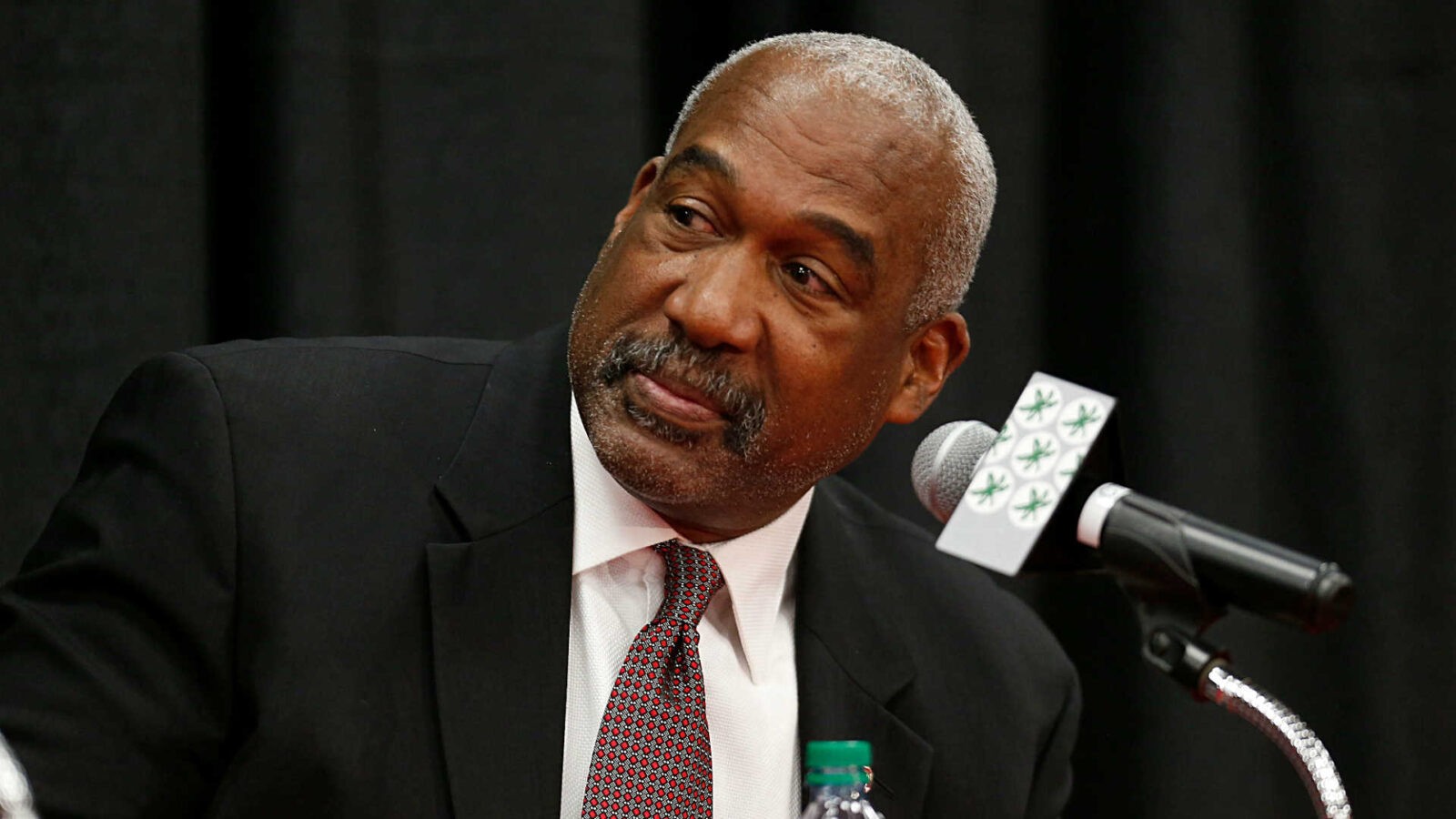 If he tried to assert that he did know, today, exactly what to expect relative to the return of college sports in the 2020-21 academic year, he well might have a different answer by tomorrow.

Smith was able to explain, though, why he believes it to be logical for Buckeyes football players to return to on-campus training June 8, now that the NCAA Division I Council, according to Yahoo! Sports, has voted to allow voluntary activity in that sport and men’s and women’s basketball at the start of next month.

Smith explained that there are many players already present in Columbus, and more are planning to arrive in June as they’d signed housing leases that begin then. He contended that there could be more safety in players training at campus facilities — the Woody Hayes Athletic Center and the Schumaker — than if left to public gyms and the like.

“We’ll have limited access to those facilities,” Smith said. “Student-athletes will have to sign up. They’ll go through protocols — not testing — temperature checks and things of that nature. We’ll have all the hygiene and sanitation requirements. Basically, x-number of players will work out — nine or 10 — and they’ll disappear, and the room is cleaned. Then another nine or 10 will come in, and they’ll work out, and then the room is cleaned.

“We think between the two facilities over a day we can get close to 50 athletes. … And then we have one more step with the institution, where we’re waiting for final approval for access.”

Smith said the Hayes Center is a 15,000-square-foot facility, so keeping athletes from excessive contact as they train would not be problematic.

This is about all the certainty that there is in college athletics at this point. Smith was asked about many possibilities and scenarios, but all that he has at the moment is his confidence that final decisions about such matters as the structure and timing of the 2020 college football season need not be made until early July.

“We need to not rush this,” Smith said. “I know everyone is anxious to do that. But we need to have the opportunity for our medical experts to continue to collect data, to see how our human behavior responds to the reopening environment across the country. We need to take into consideration not just Ohio but all other states.”

— Will some teams commence their seasons if all Big Ten teams are not capable of doing this? “The perfect scenario, obviously, is we have a national solution where there is some consistency,” Smith said. “I believe that it’s best, of course, if we have all 14 teams playing. We have not discussed that as ADs, yet. I personally feel like it could be worked out if someone is disenfranchised, for whatever reason, we should be able to find a way to not penalize all the schools.

“We should have as much flexibility as we can to mitigate the damage to individual schools based upon where they are. … It’s so early. Everything is so speculative right now. There is an attempt to make sure we have a national solution and there is consistency.”

— How would OSU deal with the eventuality of an athlete in training contracting the coronavirus? “We feel pretty confident through our symptoms check and hygiene implementations we should be fine,” Smith said. “Now, obviously, if someone gets sick, we turn to our medical staff. And they’ll give us guidance on what to do next. It may be that they decide that we should shut it down. We have to rely on them.”

— How comfortable is he that football games can safely be played in the fall? “I’m not 100 percent comfortable yet. That’s one of the things with this process, you constantly get educated — around the virus, around the disease … around different tactics you can employ from a safety point of view,” Smith said. “I am hopeful, cautiously optimistic, that I’m going to reach 100 percent comfort level, but I’m not there yet.”

— What is the possibility that athletes might be required to compete while wearing medical face masks? “I think that’s unrealistic,” Smith said. “I think if somebody tells us that has to happen — in my view, based on what I’ve learned, we won’t be playing.”