The cousins, aged 22 and 24, were shot and buried on May 14 in a remote village in Pakistan's North Waziristan province, according to police officer Muhammad Nawaz Khan. 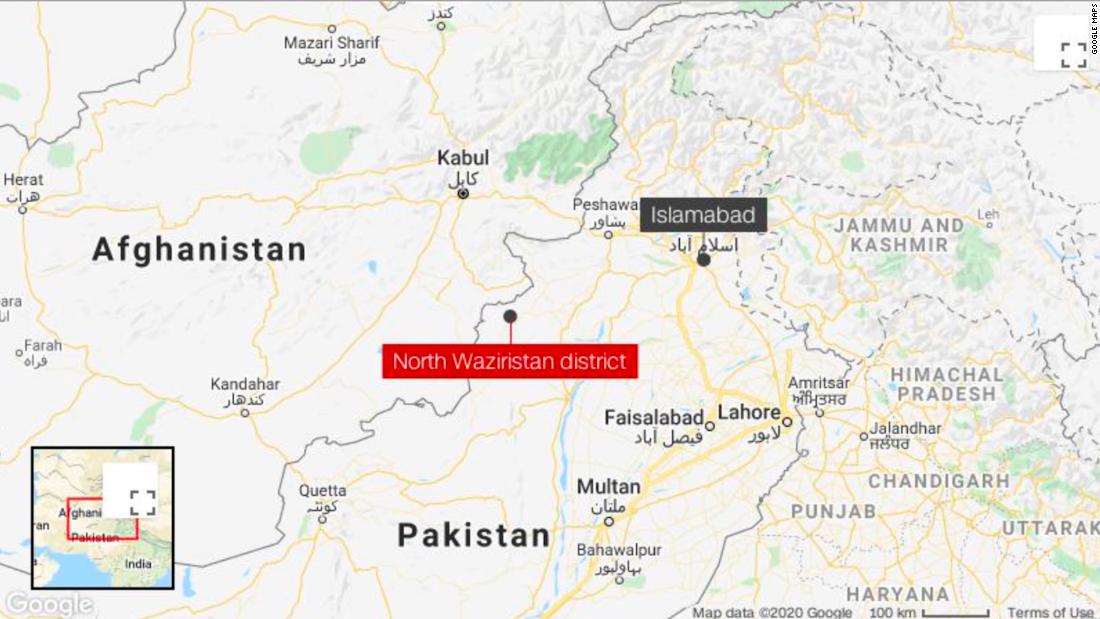 Khan said the father of one of the victims and the other victim’s brother were arrested Sunday and confessed to killing the women.

The leaked mobile phone video, in which the women appeared is a year old, but surfaced on social media this month, sparking the family’s ire and decision to kill the women, said Khan. The footage shows a young man kissing the two women on the lips, while a third woman laughs alongside them.

The third woman’s life is not believed to be in danger, Khan said.

On Monday afternoon local time, police said they had arrested the 28-year-old man in the video on the grounds of vulgarity.

The tribal areas in North and South Waziristan, which borders Afghanistan, are deeply conservative and known for their strict “honor code.” Women are often not allowed out of the house unaccompanied, and a family’s social standing is measured by her obedience to family demands, according to Amnesty International.

In a statement, the Human Rights Commission of Pakistan (HRCP) said that many people who had condemned the Waziristan murders on social media had been “threatened or ridiculed,” and called on the authorities to “make it clear to all that it will not tolerate any support for this heinous practice.”

“The local administration must take all possible steps to ensure the security of the third girl and the man in the video, and to bring the perpetrator to justice,” it said.

There are an estimated 1,000 honor killings each year in Pakistan, according to a 2019 report by Human Rights Watch. But there are no official statistics around them, as they often go unreported or are logged as a suicide or natural death by family members, the report adds.
In October 2016, Pakistan passed a bill that fixed a loophole that allowed killers to escape prosecution if pardoned by the victim’s family. Previously, family members who were complicit in the crime could also forgive those who had committed it.
That new legislation came three months after Qandeel Baloch, a social media star and feminist, was killed by her brother in Punjab province for dishonoring the family.

While honor killings in Pakistan now carry a life sentence, they remain common in Pakistan’s remote tribal areas — and the majority are against women perceived to have brought shame on their families.

The passage of the 2016 bill has not made honor crimes go away in Pakistan, the Human Rights Commission of Pakistan (HRCP) said in a statement on Monday that condemned the latest murders.

“Antiquated — and lethal — notions that ‘honor’ resides in women’s bodies and actions still prevail across Pakistan, and it will take far more than laws to effect a change when perpetrators of ‘honor’ crimes continue to act with impunity,” the HRCP said.

Pakistan is the sixth-most populated country in the world. But it’s one of the world’s worst performers when it comes to gender parity, according to the World Economic Forum’s 2020 gender gap report.
asiaPakistan honor killing: Women murdered after video circulates online - CNN
0 1,994
Share

Google Chrome will now allow users to group their tabs together