Peyton Manning vs. Tom Brady: Who’s the better golfer heading into The Match 2?

One of the best individual rivalries in football history is making its way to the green. 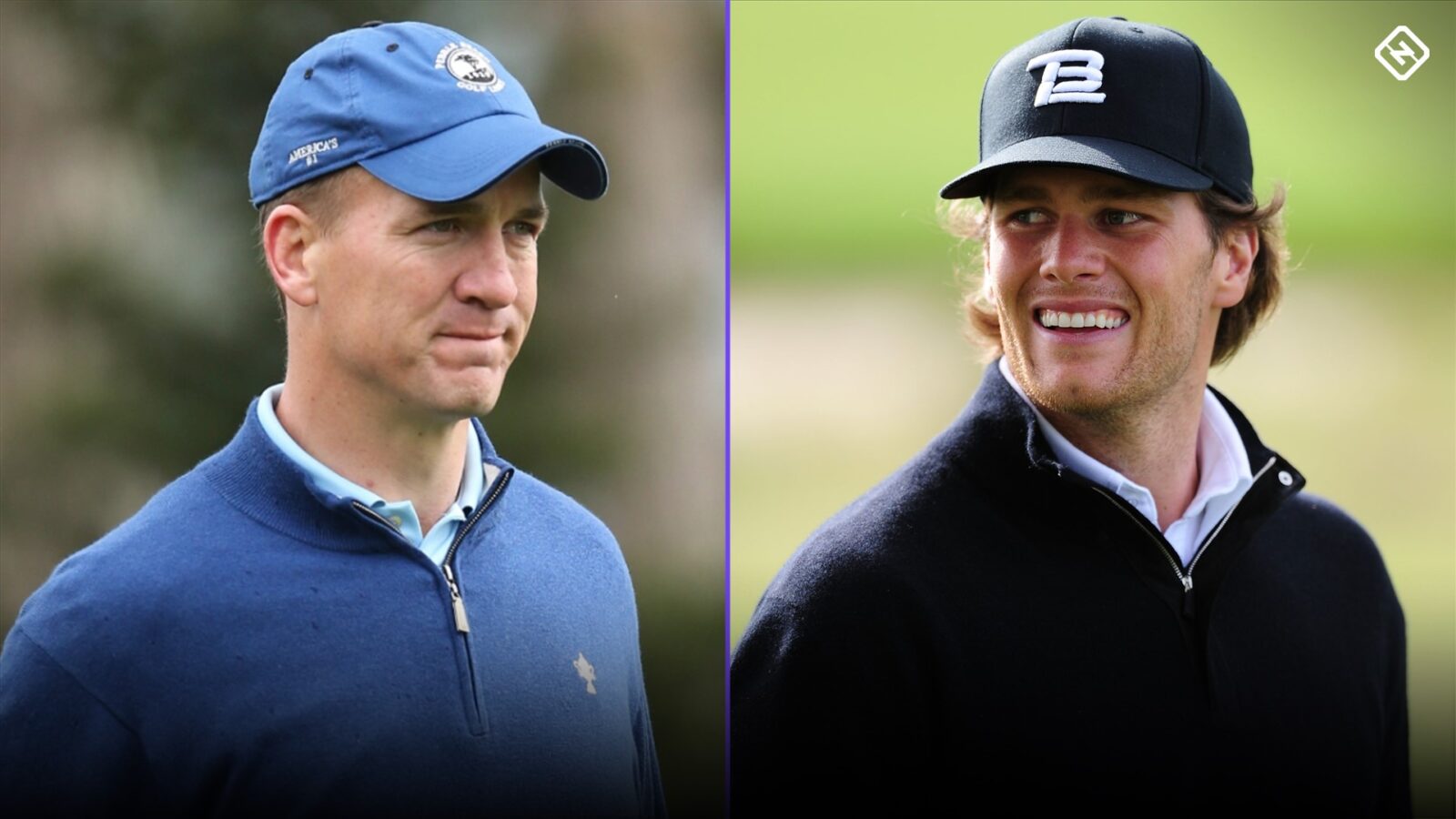 Peyton Manning (and Tiger Woods) vs. Tom Brady (and Phil Mickelson). The dialogue and trash talk between those players will be must-watch television by itself. And on top of that, there’s golf. But who’s going to have bragging rights at the end of “The Match: Champions for Charity?”

The early money is on the pairing of Tiger and Manning. As of Monday, they’re the odds-on favorite to win at -230 — Mickelson and Brady are at +190.

Of course, being favored doesn’t necessarily mean you’re better. Just ask Tiger, who entered the Match in 2018 as a heavy favorite over Mickelson yet lost in extra holes.

Regardless: While it’s likely the professionals will do the heavy lifting in Sunday’s competition, both Manning and Brady will be called on several times over the course of “The Match,” and their play could be the decider in who comes out with a victory.

With that, here’s everything you need to know about Manning vs. Brady on the golf course — their handicaps, history and highlights:

Does Peyton Manning or Tom Brady have the better handicap?

Per Sports Betting Dime, Manning has the better handicap over Brady: 6.4 to 8.1, respectively. What does that mean? For the numerically inclined, it’s a formulaic number that best gauges how well you can play against a person of a different talent level than you. Here’s the formula:

Numbers aside, all you really need to know is that, the lower your handicap, the better golfer you are. In that sense, Manning can be expected to beat Brady by 1 1/2 strokes on Sunday, if we’re going strictly by their handicaps. But it’s also worth mentioning that “The Match” is, well, match play — not stroke play. It doesn’t matter what their aggregate scores at the end of the day are, only which team has won the most holes. How will that affect who has the better day?

Manning and Brady have a lifetime’s worth of highlights between them — in football. But that doesn’t mean they’re awful golfers. The two have made some pretty nice strokes over the years — from off the tee, in their approach and in their short game.

Here’s a look at their career golf highlights, courtesy of the PGA Tour:

Manning has played in several pro-ams over the years, including four with Tiger (2005 Bay Hill Invitational; 2009 Quail Hollow Championship; and the 2018 and ’19 Memorial Tournament Pro-Ams).

In that sense, he may have a slight advantage over Brady since he has already built a camaraderie with Tiger. Speaking of which, the pro was clearly impressed with Manning’s improvement the last time they played in the 2019 Memorial Tournament Pro-AM:

“He’s gotten so much better,” Woods said (via USA TODAY). “When we first played, he was just kind of starting out in the game. But now that he’s retired he can play a lot more golf. That’s been pretty cool for me to be able to play with him throughout the years. To know what he’s gone through and see him get ready for the season and what he’s been able to accomplish after all those surgeries, to walk around greatness like this, it’s always fun.”

That came after Manning sunk an 18-foot birdie on the 18th hole.

Here are some of Manning’s best shots from over the years, including a couple from the 2020 AT&T Pebble Beach Pro-Am:

In fact, Manning has has several notable highlights from the Pebble Beach Pro-Am over the years:

While Brady’s certainly behind Manning in how much golf they’ve played — Manning’s retired, after all — he does have one thing Manning doesn’t: a tournament win.

Brady, like Manning, has also enjoyed playing in several pro-ams over the years:

Michael Jordan on allegations he pushed off for Game 6 winner vs. Jazz: ‘Bulls—’

Who won the NASCAR race yesterday? Full results for Wednesday’s Toyota 500 at Darlington