Many of the deaths came in landslides and floods caused when the storm made landfall on Sunday, battering the eastern and southern coasts of the Philippines with sustained winds of up to 65 kilometers (40 miles) per hour and gusts of up to 80 kph (49 mph). The National Disaster Risk Reduction and Management Council said at least 29 people remain missing and eight others are injured. 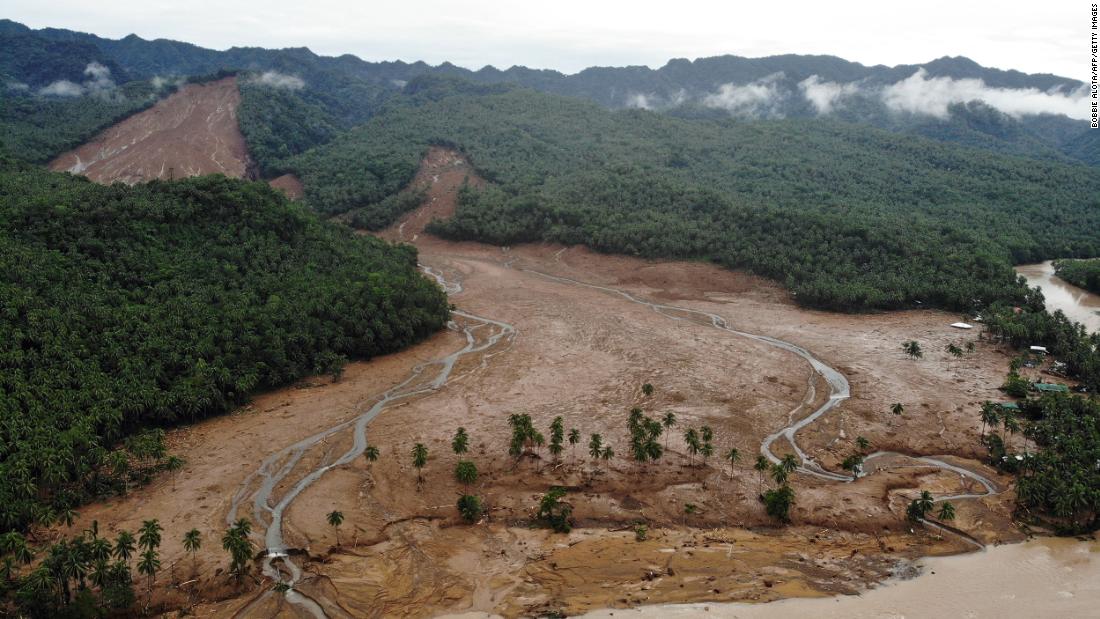 More than 920,000 people have been affected by the storm, over 200,000 people displaced, while more than 35,000 were pre-emptively evacuated, the council said. Some 660 evacuation centers are in operation, it added.

The agricultural damage caused by Megi, known as Agaton in the Philippines, is estimated at more than $8 million (423.8 million Philippine pesos) as of Wednesday — twice the amount reported a day earlier, the Department of Agriculture said.

At least 6,557 farmers and 10,920 hectares of farmland have been affected with commodities including rice, corn and livestock hit by the tropical storm, the department added.

In the eastern province of Leyte, the bodies of 22 people were recovered after being buried under a landslide, Joemen Collado, police chief of Baybay city, told reporters earlier this week. “There were landslides in communities and then some of the victims were swept by floods,” Collado said.

The mayor of Abuyog, in Leyte province, said on Facebook that a landslide had “wiped out” Pilar, a local barangay or neighborhood, in a “catastrophe that broke my heart”.

The landslide had taken place even as pre-emptive evacuation efforts took place, Lemuel Gin K. Traya said in his post.

“We had exerted all means possible to save the people of Barangay Pilar. We were able to rescue and save some wounded children, senior citizens, injured and distressed individuals.

“As of today, the survivors are under medication and are well taken cared of. All evacuees on other hand are safe and under our care.”

Images shared by the local fire bureau on Monday showed rescuers wading through water near partially submerged homes and digging for survivors in a landslide-hit area.

Megi, which was downgraded to a tropical depression on Monday, was the first storm to hit the archipelago this year. The country experiences around 20 such storms annually.