On the eve of Ramadan, 1.8 billion Muslims around the world are preparing for the month-long spiritual contemplation unlike ever before. 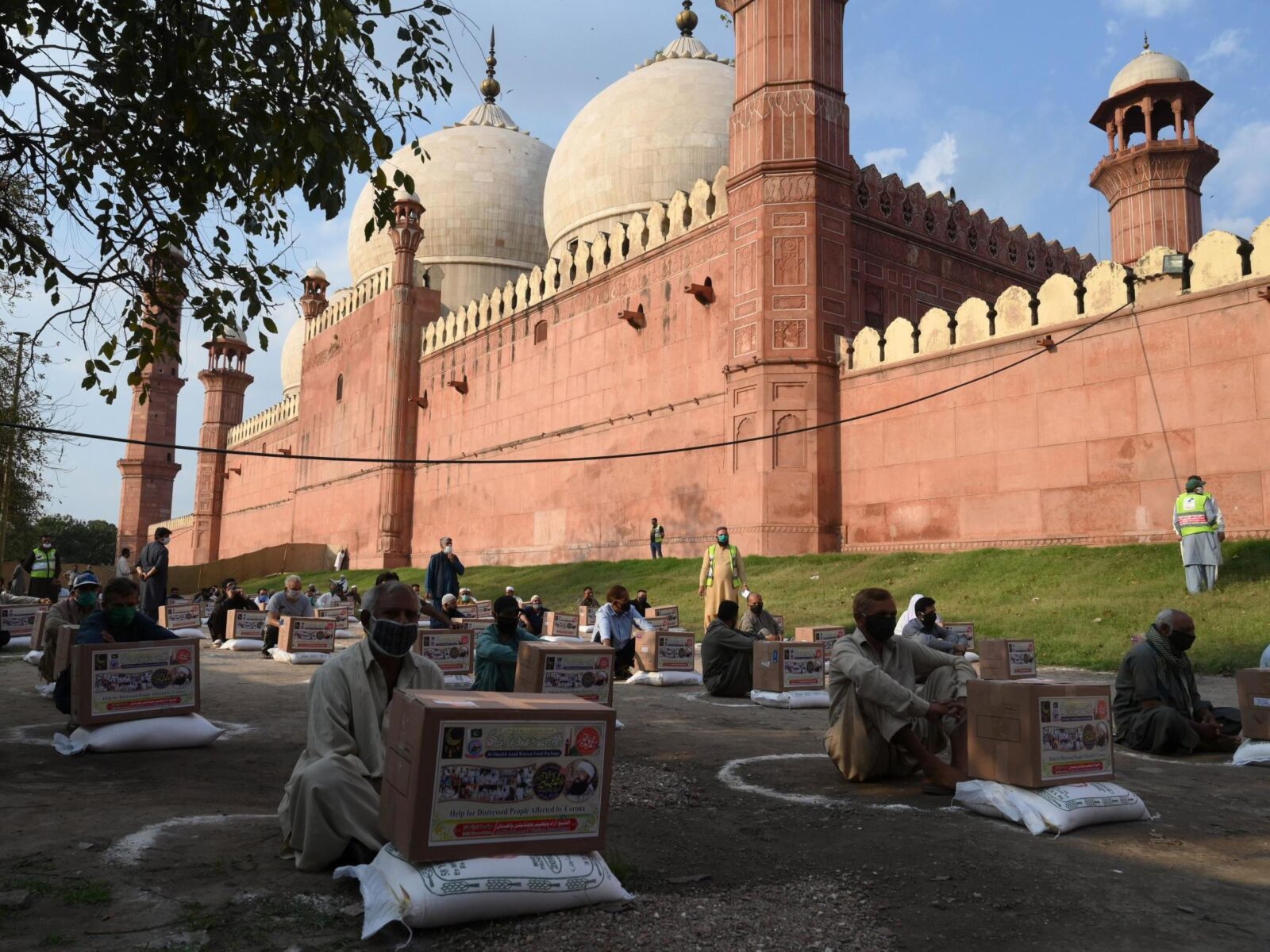 Coronavirus has forced the hands of governments, with traditions that have stood for centuries unable to be observed due to lockdown measures aimed at containing the spread of the pathogen. Emphasising devotion while fasting and developing an affinity with fellow Muslims, this time would usually see gatherings at mosques, homes and out on the streets.

But widespread restrictions have been implemented around the world, including a ban in Turkey on tents designed to offer free fast-breaking iftar dinners and pre-dawn suhoor meals. Citizens there are also forbidden from tipping drummers walking through the streets to wake people for their last meal before dawn, with the country responding after nearly 100,000 cases and 2,259 fatalities as of Wednesday afternoon, according to Johns Hopkins University. Charity tables have also been barred in Egypt, though there have been just 3,490 cases with the death total currently at 264.

Saudi Arabia has suspended visas for Muslims seeking to take pilgrimages to Mecca and Medina, while Iranian President Hassan Rouhani was apologetic after announcing a ban on the country’s usual ceremonies and forbidding the public from attending holy shrines and mosques for two more weeks at least. Pakistan has walked back restrictions on groups of five or less able to attend prayers at mosques though after clashes between worshipers and police.

A sombre mood is likely to overshadow much of the month, though the nature of Islam could help Muslims cope better in these testing circumstances.

“It’s going to be different and difficult in certain circumstances, but Islam is a very flexible religion, it covers for all circumstances, so the usual worship we would do in mosques, we can do them at home, there’s no harm in that given the situation,” Farhad Ahmad, an Imam at Fazl Mosque in London, tells News Journos.

“During Ramadan we increase our worship, doing more goodness towards others, paying more to charity. So in a way, given everybody is now at home already, you’re self-isolating or in quarantine, that is sort of a natural phenomena that usually happens in Ramadan anyway, as people become more devout and less social anyway.

“It’s a bit different to what some people think about Ramadan. Being forced into it is not the ideal situation, Ramadan doesn’t say don’t go to work or see your friends, but at the same time, there’s an emphasis to reflect on life, spend more time worshipping God, so this opportunity has made us more aware that we can do this more comfortably.”

Indeed the practice of itikaf – solitary confinement during the final days of Ramadan in a mosque – means that many Muslims may be accustomed to their current circumstances, even if they are now at home rather than a place of worships. While many mosques are now putting on online exercise classes and lectures to the burden on people during this time.

“Some people are going through a difficult time with anxiety, depression or mental health issues,” Mr Ahmad adds. “But if you’re unwell or ill, Islam says you’re not supposed to fast. There are a lot of challenges, but because Islam is flexible, it allows you to manage in any circumstance.”

Mr Ahmad does concede there is “concern” about Eid-al-Fitr, the festival to mark the end of fasting, which will now be “a completely different experience” given many will be deprived globally from travelling to be with their families.

Indonesian President Joko Widodo has already banned the mudik, the term used for the annual exodus from towns and cities at Eid, claiming ”the relevant preparation needs to be done” in the world’s biggest Muslim-majority country, which has 7,418 cases and 635 fatalities to date.

It is a similar experience back in the UK after the Mosques and Imams National Advisory Board confirmed Islamic buildings will continue to remain closed throughout the entirety of Ramadan, claiming mass gatherings for night prayers would be “extremely irresponsible”.

“It would be deemed extremely irresponsible to congregate for night prayers or hold religious gatherings during this Ramadan in any mosque or houses with people who are not members of the immediate household,” said Qari Asim, a Leeds imam and chair of the board. “During the epidemic, the desire to perform prayers with a congregation in a mosque comes second to saving lives.”

Coronavirus: UK ‘only asked Turkey for protective equipment on Sunday’ after telling doctors it was en route