Putting a stop to war crimes is not in the interest of the United States — at least not if it means going to war with Russia, according to White House Press Secretary Jen Psaki. 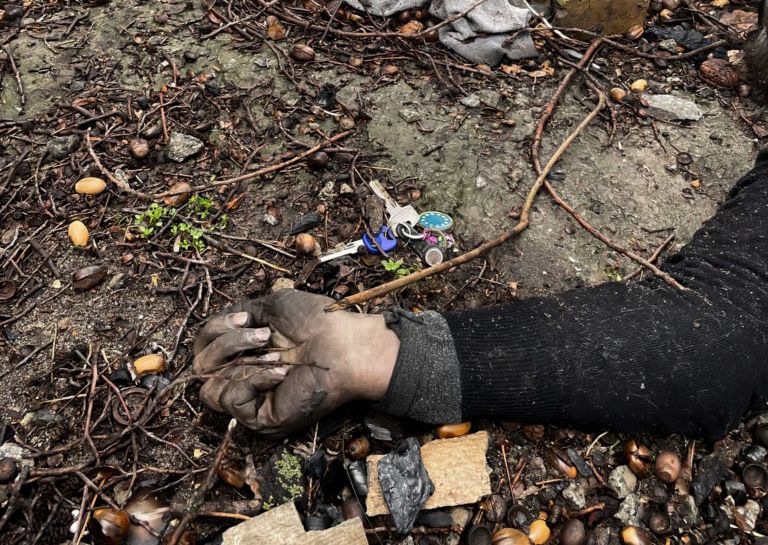 But as Ukrainian President Volodymyr Zelenskyy discovered when he addressed the United Nations Security Council on Tuesday, none of these powerful people have any intention of doing anything to intercede directly in hopes of halting Russian soldiers’ crimes of aggression in Ukraine — even though they all acknowledge that what was discovered in Bucha is hardly the worst of what has happened and is still happening in areas that remain under Russia’s control.

“What we predicted has unfortunately happened,” Psaki said at Tuesday’s White House press conference. “And we’ve only seen, potentially, the tip of the iceberg because of where we have had access to. We have not had access to an expanse of the country where they have likely also committed atrocities.”

But under repeated questioning about whether there was anything Biden — perhaps the only leader on Earth who could muster an international coalition to intervene militarily in Ukraine — could or would do to immediately stop Russia’s war crimes, her answer was: “The president’s objective is, and his responsibility is, to make decisions that are in the interest of the United States and the national security of the United States and the American people, and that is not to go to war with Russia.”

Never again is happening again — documented nearly in real time by cell phone cameras, with the graphic images shared within moments around the world and first-person accounts published even with the dirt filling mass graves still freshly turned. But even in Europe, where the EU was built on the ashes of World War II as a self-proclaimed peace project, leaders are unable or unwilling to do anything but clamor for “accountability” — literally demanding prosecution while the armed killers are still on the loose, hunting more victims.

The futility of it all was starkly framed at the U.N. on Tuesday when Zelenskyy gave a speech recounting some of the butchery in Bucha, and even showed diplomats a video so they could see some of the evidence for themselves.

Zelenskyy described how Russian soldiers had tortured his citizens.

“I am addressing you on behalf of the people who honor the memory of the deceased every day,” Zelenskyy said. “The memory of the killed civilians. Who were shot in the back of the head or in the eye after being tortured. Who were shot just on the streets. Who were thrown into the well, so that they die there in suffering. Who were killed in apartments, houses, blown up by grenades. Who were crushed by tanks in civilian cars in the middle of the road. For fun. Whose limbs were cut off, whose throat was cut. Who were raped and killed in front of their own children.”

He said that special targets were made of those people who refused to renounce their allegiance to Ukraine, who refused to tell the Russian invaders, who came to murder, pillage and steal on Ukrainian soil, that they were the ones rightly in charge.

“Their tongues were torn out only because they did not hear from them what they wanted to hear,” Zelenskyy said.

In Brussels, NATO Secretary-General Jens Stoltenberg called the atrocities in Bucha and other towns on the outskirts of Kyiv “unbearable brutality that Europe has not witnessed in many decades” and warned that Russia was shifting its focus to eastern Ukraine.

The eastern Donbas region, at war already for more than eight years, is now bracing for what the Ukrainian journalist Nataliya Gumenyuk called a “colossal assault.”

Gumenyuk, who has been documenting the awful toll of the war all across her country, is now bracing herself for even more unspeakable horrors.

“After the Bucha massacre, it feels like we have to change the way we treat this war,” Gumenyuk wrote in the Guardian. “Before, we tried to figure out Russia’s military strategy, to be better prepared. But a case of rape in a village near Kharkiv, the mines in a botanic garden in Trostyanets, and shooting men with tied hands in peaceful suburbs of Kyiv — these actions do not make any sense, aside from a desire to punish Ukrainians.”

At the U.N., Russian Ambassador Vassily Nebenzia, who finally this week admitted that his country had started a “war” in Ukraine rather than a “special military operation,” flatly denied that Russian forces had committed war crimes. Barely looking up as he read from a prepared statement, Nebenzia told Zelenskyy: “We place on your conscience the ungrounded accusations against the Russian military.”

In a disjointed speech, Nebenzia railed against mythical Ukrainian Nazis, but he did not deny that the Russian soldiers he claimed were wrongly accused had in fact invaded and occupied Ukrainian territory. It was unclear if Nebenzia actually expected anyone to believe his charge of “criminally staged events” in which Ukrainian citizens “were killed by their own radicals” rather than by the Russian troops that invaded and occupied Bucha for weeks.

For the diplomats seated around the wooden, horseshoe-shaped conference table — and especially for the leaders of Western powers that created the international security architecture that has failed to protect Ukraine — Zelenskyy had a series of uncomfortable questions.

“How is this different from what the Daesh terrorists were doing in the occupied territory,” the Ukrainian president asked — “except that it is done by a permanent member of the United Nations Security Council.”

If the Ukrainian president had any hope that his words would stir the U.S. or its EU allies to take action, the Biden administration quickly extinguished it — given the president’s continuing fear that entering an armed conflict with Russia would risk a nuclear war.

At the White House, Psaki acknowledged Zelenskyy’s “frustration, which we share, that Russia is a permanent member of the U.N. Security Council.” But, she quickly added: “We don’t see that changing.”

As for the atrocities in Bucha, Psaki said the U.S. would be supplying additional military aid to help the Ukrainians continue defending their country on their own, with details to come later.

After the Security Council meeting on Tuesday, Ukraine’s ambassador to the U.N., Sergiy Kyslytsya, said that the West needed to face the reality of its powerlessness. “The current security architecture as it stands is not capable to guarantee and provide security,” Kyslytsya told reporters. “That is a matter of fact and you cannot deny it.”