Southwest, Delta and United Airlines all said Tuesday they are pulling back on the deep cuts in their current schedules because of improved bookings. 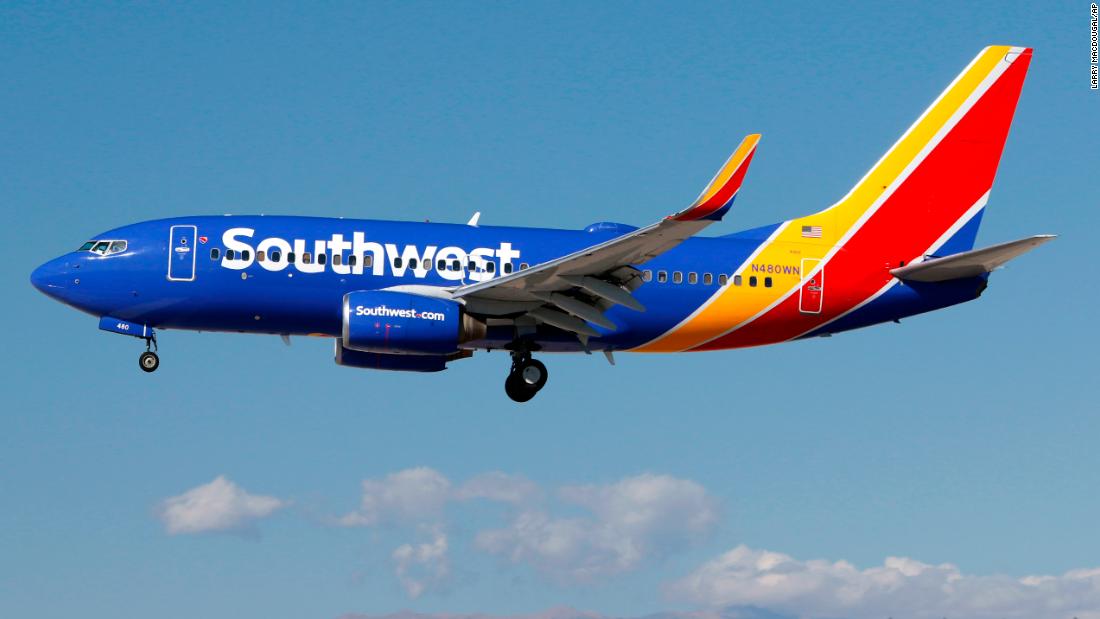 Share
It’s only a modest improvement, but any good news is welcome in the airline industry, which needed a $25 billion bailout to keep operating. After weeks of essentially zero demand for US air travel, even a small improvement in passenger demand, bookings, and trip cancellations is a step in the right direction.
Southwest (LUV) said the number of flight bookings outpaced cancellations in May. There were far more cancellations than bookimgs for most of March and April. The carrier hasn’t changed its guidance for how many flights it expects to have this month, as Southwest still forecasts that its schedule will reduced by 60% to 70% from last year’s schedule for the May. But it raised its forecast for June: It said it now expects to have only a 45% to 55% reduction in capacity in the month compared to a year ago.

The picture at Southwest still isn’t rosy. It said it expects its revenue to drop to between 85% to 90% in May compared to a year ago. The airline predicts it will sell only 25% to 30% of seats on its greatly reduced schedule of flights this month.

As bad as that is, it’s an improvement from its earlier forecast of a 90% to 95% drop in revenue, when Southwest expected to sell just 5% to 10% of its flights. And the carrier expects June revenue to be down 80% to 85%, selling about 30% to 45% of seats. It cautioned that the environment remains uncertain.

Southwest (LUV), the nation’s fourth largest airline behind American (AAL), Delta (DAL) and United, said its final numbers for April show a revenue drop of 90% to 95%, and that it sold only 8% of its seats.

Delta also reported that its bookings have improved, with new ones outpacing passenger cancellations on “some days” so far in May, said CFO Paul Jacobson in an presentation to investors Tuesday.

“We have seen a little bit of a bounce off the bottom. My caution is not to draw too many conclusions. But there are reasons to be encouraged,” he said. Delta is being careful to make sure the improved bookings turn into actual tickets, he added, and that they are not canceled as passengers’ dates of travel gets closer.

Delta has added about 100 flights a day to its schedule through June, Jacobson said. That allows Delta to leave 50% of first class seats and 40% of economy seats open on flights, to allow for social distancing between passengers.

Although the overall percentage of seats filled is only a faction of those limits, the higher demand on some routes requires more flights to avoid going those caps, he said.

“Credibility matters. We’ve got to keep those promises [on social distancing],” Jacobson said. “People have to get comfortable. What we’re trying to do is remove as much uncertainty as we can. All of this is to raise the [passengers’] level of confidence.”

United (UAL)also said customer cancellation rates fell, and it expects demand for both domestic flights and certain international destinations to improve for the remainder of the second quarter of 2020. United expects its scheduled capacity for July 2020 to be down about 75% compared to a year ago. But that’s an improvement from the 90% reduction in its May and June schedules.

Still, United warned that it “plans to continue to proactively evaluate and cancel flights on a rolling 60-day basis until it sees signs of a recovery in demand.”

US airlines reported losses of more than $2 billion in the first three months of the year, and that occurred even though the industry didn’t see the fall off in traffic until early March. Much larger losses are forecast for the second quarter.

But as more of the nation reopens for business, the number of passengers passing through TSA checkpoints at US airports is also showing signs of improvements. The traffic Monday at 9.3% of the traffic during the third Monday of May last year. That’s far better than the low point of 3.6% of year-earlier traffic through the checkpoints on April 16.

Southwest CEO Gary Kelly has repeatedly said that he expected air travel would start to come back when the country started to reopen. But he said he didn’t know how much, and how fast, such a return in demand would take place.
JetBlue Airways (JBLU) also told investors on a recent call that it believes the low point in air travel demand was reached in mid-April, although its executives also warned the recovery would be slow.
BusinessSouthwest reports bookings are improving - CNN
0 1,298
Share