S&P 500 closes at highest since early March as Facebook and Amazon hit records, Dow up 300 points 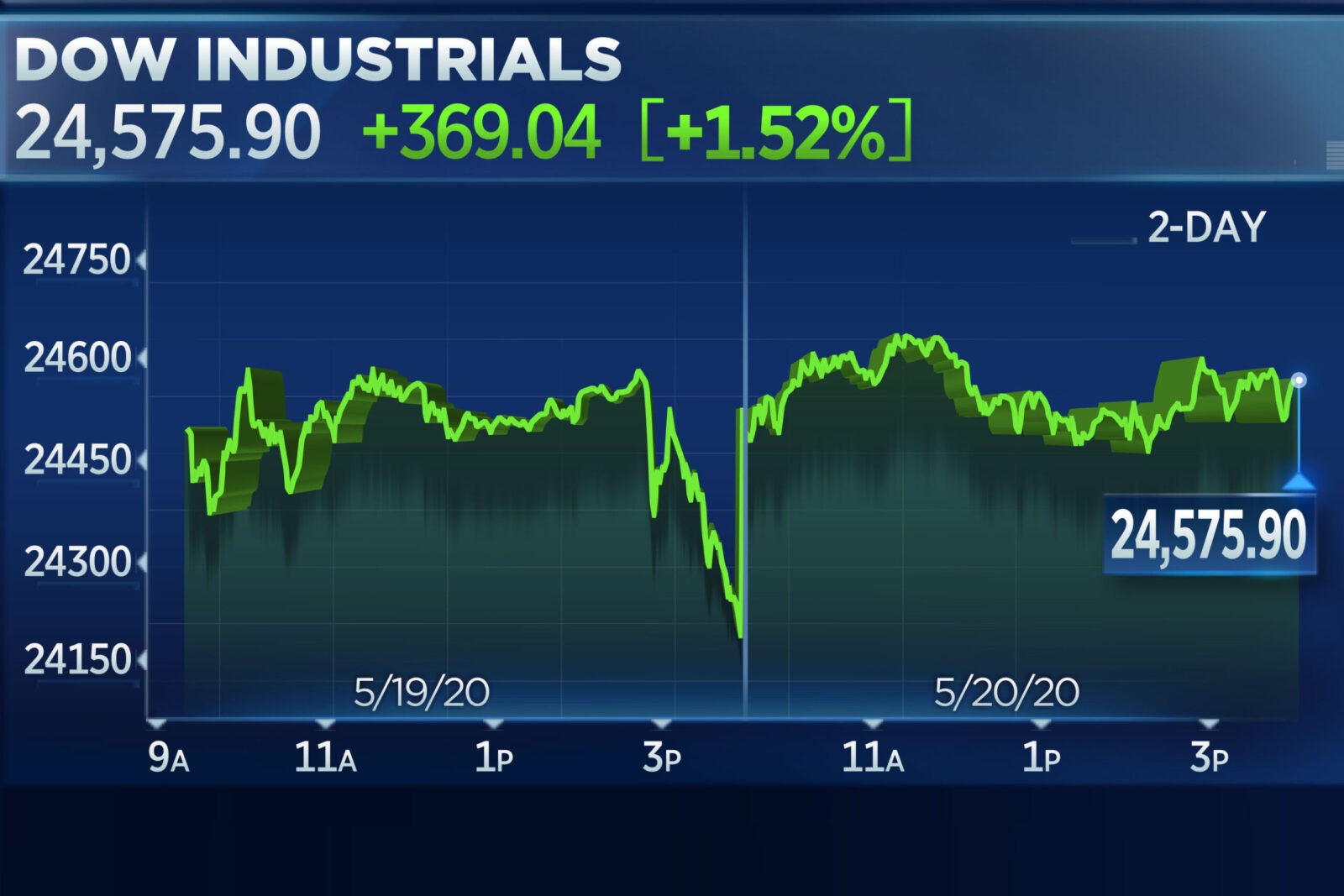 Wednesday’s advance put the major averages up more than 3% for the week. It also put the Nasdaq up 4.5% for 2020, adding to the index’s lead over the Dow and S&P 500 year to date. The tech-heavy index closed Wednesday’s session less than 5% from its February record.

Connecticut began allowing consumers to dine in at restaurants with outdoor seating on Wednesday, and some shops also began reopening. That move came a day after New York Gov. Andrew Cuomo said the outbreak is back down to where it started.

“The next three to six weeks are likely to be important for the financial markets as a majority of states are in the process of reopening their economies to varying degrees,” said Scott Wren, senior global market strategist at Wells Fargo Investment Institute, in a note. Stocks have already “priced in some degree of reopening success.”

However, “we continue to believe that consumer spending may be slower to come back than the market appears to currently expect,” Wren added.

Shares of MGM Resorts, United Airlines and Live Nation Entertainment all rose more than 5%. Those companies have all taken a beating this year amid the global economic shutdown.

The major averages briefly fell off their session highs Wednesday after the Senate passed a bill that would increase oversight of Chinese companies. The bill would also ban some Chinese companies from listing on U.S. exchanges. U.S.-listed shares of Alibaba, Baidu and JD.com all fell from their highs amid the news.

The bill was passed after President Donald Trump had tweeted earlier in the day: “Some wacko in China just released a statement blaming everybody other than China for the Virus which has now killed hundreds of thousands of people. Please explain to this dope that it was the ‘incompetence of China’, and nothing else, that did this mass Worldwide killing!”

Wall Street was coming off sharp losses, with the Dow dropping nearly 400 points in the previous session. That decline came a day after the Dow and S&P 500 logged their best one-day performances since early April.

“The overall stock market gave back only a small part of its monster gain from [Monday] which really was encouraging being bolstered most of the day by the prospect of a period ahead of ‘better news,'” said Jim Paulsen, chief investment strategist at the Leuthold Group. “With re-openings now the vogue … it seems almost assured that fundamental economic and earnings reports are headed for a period of improvement.”

“Coupled with a virus headed into its weak summer season and vaccine trials in full go, perhaps the stock market could be supported by something other than liquidity injections and fiscal juice,” added Paulsen.