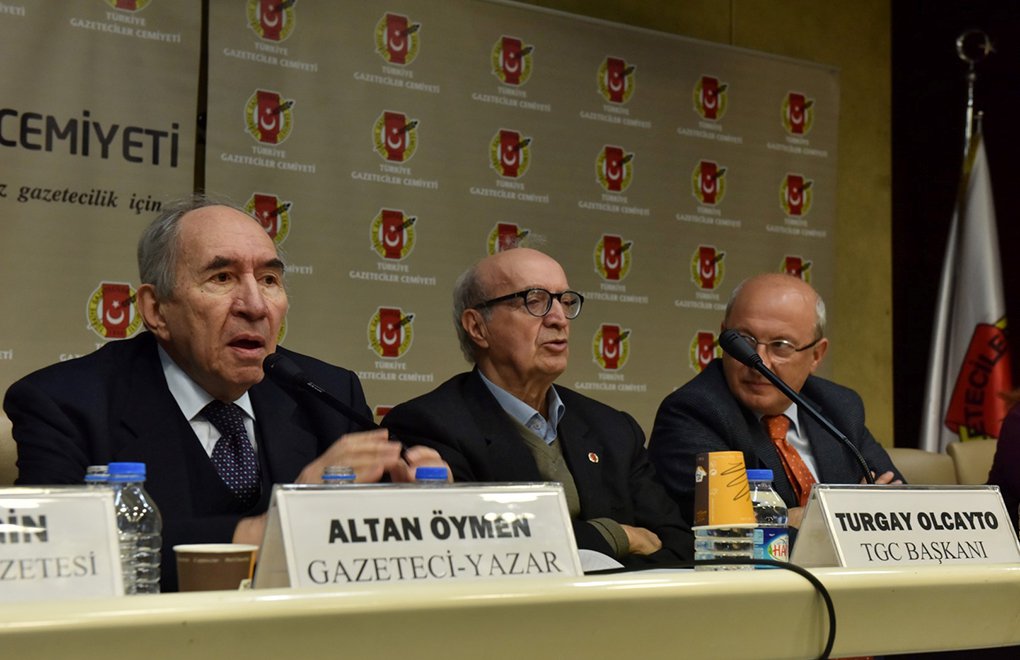 Turkey’s public media authorities are interfering with the freedom of the press, according to the Turkish Journalists’ Association (TGC), which has released a written statement regarding the fines recently imposed on daily Cumhuriyet and Halk TV over news reports and programs.

The Press Advertisement Institution (BIK) cut the public ads of Cumhuriyet for 35 days because of its news reports regarding Istanbul Metropolitan Municipality’s demolition of the constructions built by Presidential Communications Director Fahrettin Altun in an estate with a view to Bosphorus.

The Radio and Television Supreme Council (RTUK) imposed a total of 129,000 lira (~19,000 USD) of fine on Halk TV over five different programs on the channel.

“Freedom of the press includes the freedom to receive or exchange news or ideas without the interference of public authorities. The public has the right to access accurate, reliable information on every issue, which contributes to the environment of debate in a democratic society,” the association stated.

“RTÜK and BİK, which are public institutions, interfere with the freedom of the press with the penalties of suspension of broadcast, monetary fines and public ad cuts they impose. Increasing broadcast suspensions, cuts of official ads and monetary fines against critical media outlets have become a routine practice.

“The people’s right to receive news has been interfered with by heavy penalties. Considering RTUK’s decisions, it is extreme and unlawful that it is content with issuing warnings to pro-government media outlets that call for violence while it imposes the highest monetary fines and numerous broadcast suspension verdicts on critical media outlets.

“The decisions cannot be against the requirements of the democratic social order and the principles of proportionality. The standard of a democracy should be interpreted with a modern and libertarian approach. Neutrality requires this. There is an ongoing approach with penalties of broadcast suspension, public ad cuts and monetary fines that would cause critical outlets to be economically weakened and shut down.

“We persistently say that once again: journalism is not a crime. Journalism is a respectable, honorable profession that serves the right of the public to receive information and not to the [political] power. In order for democracy to grow in Turkey, we must be a society where news freely circulates.

The news for the growth of democracy in Turkey must be able to circulate freely in society. In the light of these facts, we invite RTUK and BIK once again to act impartially in their decisions, to respect the Constitution and freedom of expression of thought and the press.”