The purpose is to raise $10 million or more for COVID-19 relief efforts, and provide entertainment with four of the biggest stars from the PGA Tour and NFL. 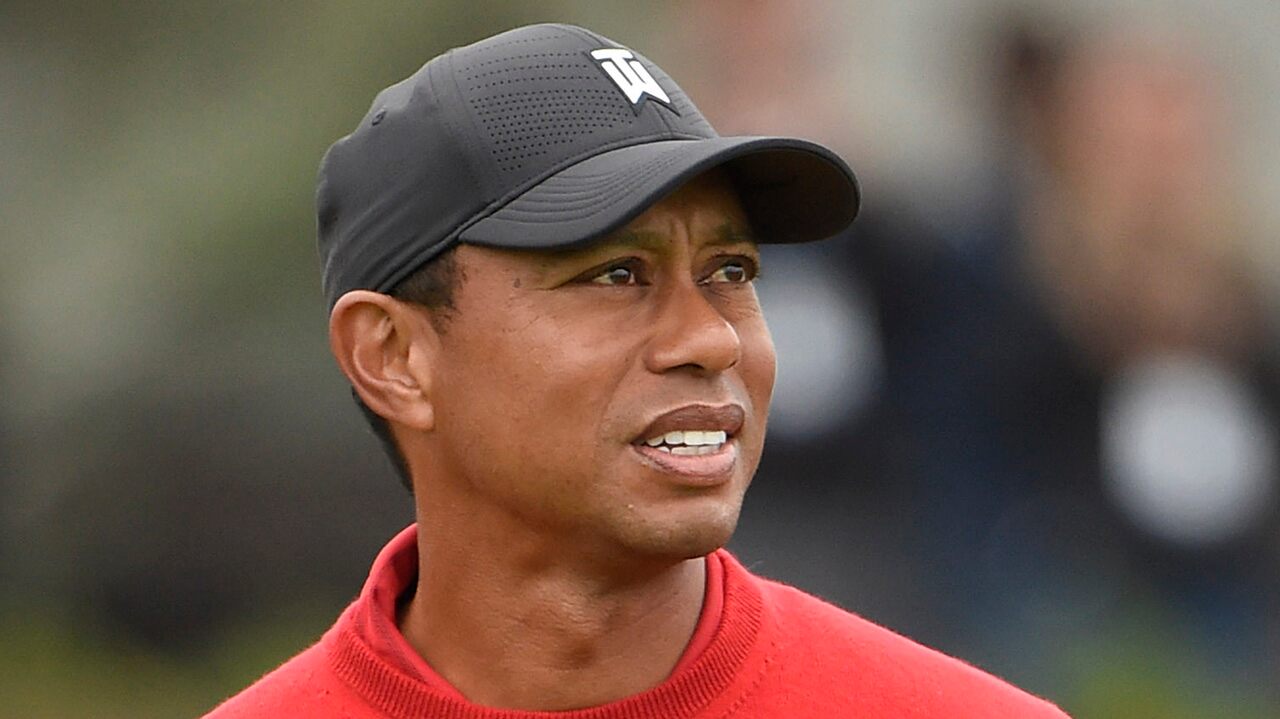 Another appeal to the Sunday made-for-TV exhibition, “The Match: Champions for Charity,” is a chance to see Tiger Woods swing a golf club for the first time in 98 days.

Live golf is on television for the second straight Sunday, this one with the game’s biggest headliner.

CAPITAL ONE’S THE MATCH: WHAT TO KNOW ABOUT THE GOLF EVENT

Woods was last seen on television Feb. 16 at the Genesis Invitational, where he moved cautiously in California’s chilly late winter weather and posted weekend rounds of 76-77 to finish last among the 68 players who made the cut at Riviera.

He skipped a World Golf Championship in Mexico City, and said his surgically repaired back wasn’t quite ready in sitting out the opening three weeks of the Florida swing. And then the pandemic took over, and there has been no place to play.

Tiger Woods watches his tee shot on the first hole of the South Course at Torrey Pines Golf Course during the final round of the Farmers Insurance Open golf tournament Sunday Jan. 26, 2020, in San Diego. (Associated Press)

This is a reasonable start. Woods and retired NFL quarterback Peyton Manning will face Phil Mickelson and Tom Brady, who won six Super Bowls with the New England Patriots and signed this year with Tampa Bay.

The match will be at Medalist Golf Club in Hobe Sound, Florida. It is Woods’ home course and about 20 minutes from Seminole, where last week Rory McIlroy, Dustin Johnson, Rickie Fowler and Matthew Wolff ushered golf’s return to live television.

What to make of Woods?

His only interviews were with GolfTV, the Discovery-owned channel with whom Woods has a financial deal, and a playful Zoom call with the other match participants hosted by Ernie Johnson of Turner Sports, which is televising the match.

He described his health in the April 9 interview with GolfTV as “night and day.”

“I feel a lot better than I did then,” Woods said. “I’ve been able to turn a negative into a positive and been able to train a lot and get my body to where I think it should be.”

Mickelson has missed the cut in four of his five tournaments this year — the exception was third place at Pebble Beach, where he started the final round one shot behind Nick Taylor and closed with a 75.

Just like last week, rust is to be expected for players who haven’t competed in two months — three, in the case of Woods.

Manning, meanwhile, is retired and is a golf junkie. Brady remains employed, and this week got in some informal work with his new teammates in Tampa Bay.

No fans will be allowed, just like last week at Seminole. One difference is the players will be in their own carts, whereas the four PGA Tour players last week carried their bags.

But this is as much about entertainment as competition.

It’s the second edition of a match between Woods and Mickelson, the dominant players of their generation and rivals by name, but not necessarily by record. Woods has 82 career victories to 44 for Mickelson, leads 15-5 in major championships and 11-0 in winning PGA Tour player of the year.

Mickelson won their first made-for-TV match over Thanksgiving weekend in 2018, a pay-per-view event that ran into technical problems and was free for all. Lefty won in a playoff under the lights for $9 million in a winner-take-all match.

He also has a 5-3-1 advantage over Woods in the nine times they have played in the final round on the PGA Tour, most recently in the AT&T Pebble Beach Pro-Am in 2012 when Mickelson shot 64 to a 75 for Woods.

Woods, however, captured the streak that mattered, holding off Mickelson in the final group at the Masters in 2001 to hold all four professional majors at the same time.

The banter was lacking in Las Vegas, and perhaps having Manning and Brady will change the dynamics. The broadcast includes Charles Barkley providing commentary and Justin Thomas, whom Woods has embraced, on the course as a reporter in his television debut.

After this exhibition, golf has two weeks before the PGA Tour is set to return at Colonial in Fort Worth, Texas. Mickelson plans to play. Woods has not said when he will return.