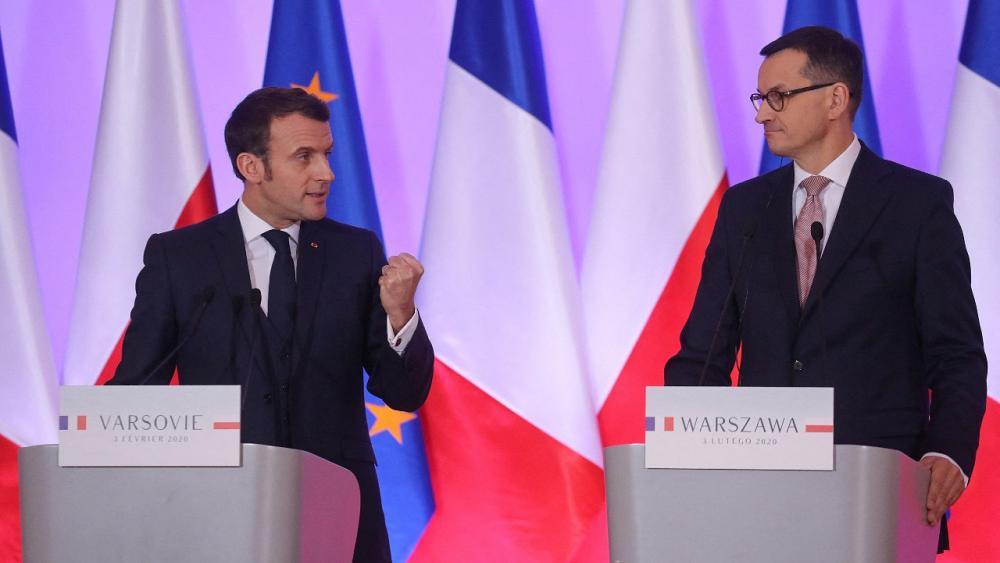 On Monday, Morawiecki ridiculed the French leader’s several hours of phone calls with the Russian leader, saying that they achieved nothing.

“President Macron, how many times have you negotiated with Putin? What have you achieved?” the Polish premier said earlier this week. “Would you negotiate with Hitler, with Stalin, with Pol Pot?”

“These remarks are both unfounded and scandalous, but they do not surprise me,” the French president said on Wednesday.

Macron told TF1 broadcaster’s evening news that he takes full responsibility for speaking to Putin “in the name of France to avoid the war and to build a new architecture for peace in Europe several years ago”.

According to the Elysée Palace, the French president has spoken to Putin at least 16 times since the start of the year. In February, before the war started, Macron visited Moscow to meet his Russian counterpart in a failed attempt to dissuade Putin from invading Ukraine.

Macron, who is standing for re-election in France in polls that begin on Sunday, said Morawiecki was backed by “a far-right party” and accused him of interference in the French political campaign.

The Polish leader, he said, had received his rival Marine Le Pen “several times” and “supports” the French far-right candidate in the election.

There’ve been concerns that the comments by Morawiecki, who also accused certain European leaders of “procrastination” and “wooden language”, might destabilise EU unity as Europe tries to stand up to Putin’s aggression in Ukraine.

Latest opinion polls suggest the gap has closed between “Rassemblement National” (“National Rally”) leader and the current French president, who leads by only a handful of percentage points just days before the first round of voting.

Le Pen told French television on Wednesday that the French ambassador to Russia should be recalled as a sign of firmness towards Moscow, under scrutiny amid growing evidence of massacres committed by Russian soldiers against Ukrainian civilians.

She has been accused of taking a pro-Putin stance before the war. Le Pen made a high-profile visit to meet the Russian leader in Moscow in 2017 and her party continues to reimburse a €9 million loan to a Russian creditor.

Macron has been portraying himself up as a bulwark against the far right, and more particularly Marine Le Pen. But the far-right leader has made headway by campaigning in particular on spending power, which French voters have told pollsters is their priority issue in the election.

The “narrowing in the polls is worrying,” a close friend of the president was quoted by AFP as saying. “We have closed our eyes too much to Marine Le Pen. Is it too late? Maybe, but I don’t think so.”

Nuclear, oil and wind: How the UK plans to tackle the energy crisis