The damaged starboard engine of United Airlines flight 328, a Boeing 777-200, is seen following a Feb. 20 engine failure incident, in a hangar at Denver International Airport in Denver, Colorado, U.S. February 22, 2021. 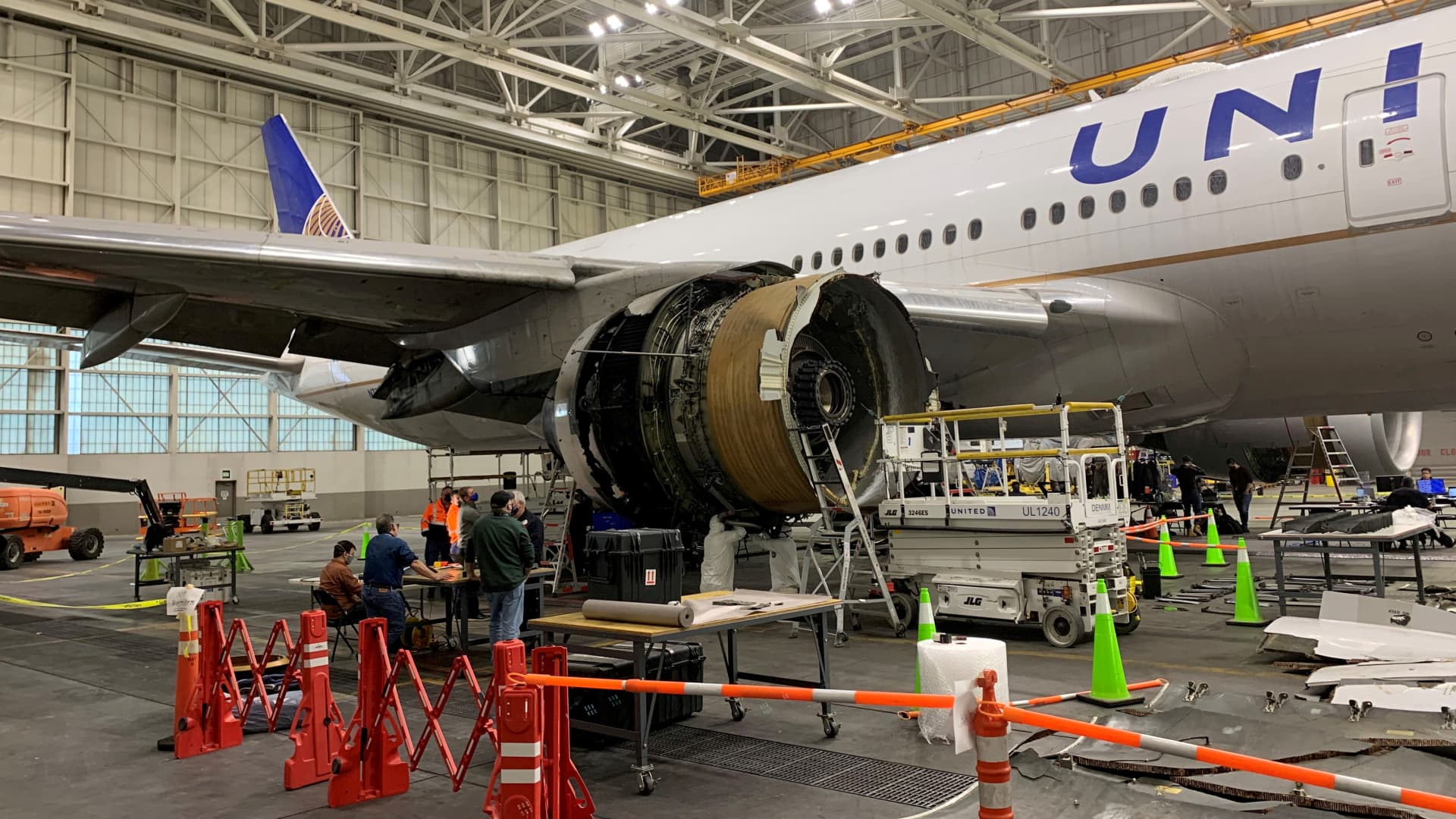 United Airlines doesn’t expect to fly dozens of Boeing 777 jets, grounded more than a year ago after one suffered an engine failure, until at least mid-May. The airline had most recently planned for at least some of the planes to return to service this month.

The further delay in the planes’ return is a challenge for United as it seeks to fly as many travelers as possible during what airline executives expect to be a bustling spring travel season, including a resurgence international travel. The jets are among the largest in United’s fleet.

“Due to the delay in the return of our PW777 aircraft to active service, the May flight schedule is being reconfigured to account for the lack of these aircraft,” United said in a note sent to pilots on Friday and viewed by CNBC.

In February 2021, one of United’s 777-200s bound for Honolulu from Denver suffered an engine failure, dropping debris in a residential area before returning to Denver’s main airport. No injuries were reported.

United has 52 Boeing 777s powered by Pratt & Whitney 4000 engines. They are “being removed from the schedule through May 12 and removed from international/Hawaii routes through May 25,” United said in the note.

“We continue to work conscientiously with Boeing, Pratt & Whitney and the FAA to safely return these aircraft to service soon, and our current plan will allow them to return in the second half of May,” United said in a statement.

How Intel Makes Semiconductors in a Global Shortage