Warren is trying to demonstrate her value to a future Biden administration and interest in the job without too explicitly campaigning for it, which could backfire. The Progressive Change Campaign Committee, a top Warren booster, has been muted on the idea of her being chosen as vice president, instead trying to draw attention to her legislative and policy work surrounding the coronavirus. 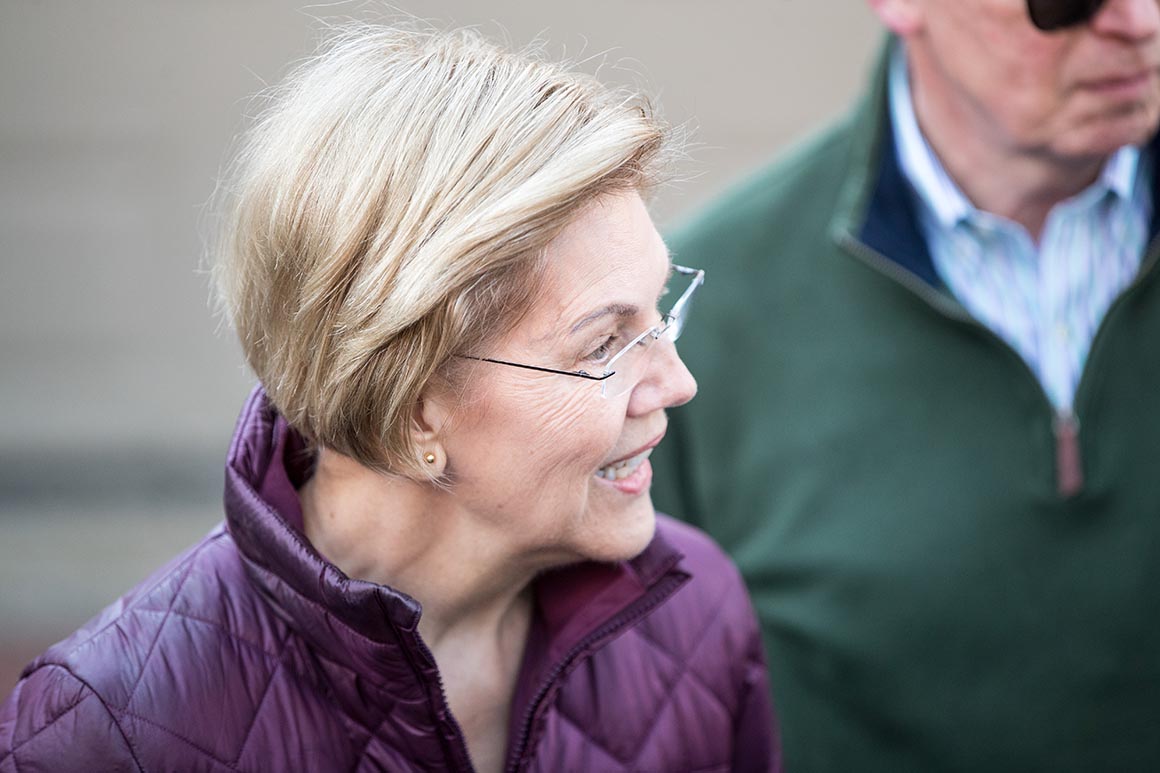 Her supporters argue her experience setting up the Consumer Financial Protection Bureau and playing a key role on Hillary Clinton’s transition team give her unique expertise in executive branch bureaucracy that could be a useful tag-team with Biden.

“Elizabeth has a big edge” on matters of governing, said Rich Cordray, the first head of the CFPB. “The challenges of governing now seem just as large as 2009 when Joe Biden entered the administration with President Obama.”

Warren’s governing-centric pitch is an implicit acknowledgement that the political case for choosing her is murkier than for other VP prospects. Her support for many left-wing policies and past claims of Native American ancestry, which she has since apologized for, could be distractions. Some Biden donors have already expressed their opposition to her in favor of other candidates.

Several of those potential choices have been brandishing their governing chops, too. Whitmer is working to navigate one of the largest COVID-19 outbreaks in the country. Klobuchar is pushing a vote-by-mail proposal for the fall election. Harris recently introduced legislation with Bernie Sanders to give Americans $2,000 a month until the crisis abates, and another with Rep. Ayanna Pressley focused on minority and women-owned small businesses.

Alternatively, some Democrats such as Sara Nelson, president of the flight attendants union, have argued that the politics for Warren are actually good. They say she is best positioned to help rally former Sanders supporters who might stay home. Pollster Stan Greenberg gave a presentation to Biden’s inner circle that argued just that, The New York Times reported. (Greenberg did not respond to requests for comment). Some public polls have shown Democrats are more enthusiastic about Warren than her competitors.

Still, Warren’s governing-partner pitch is complicated by her differences on policy with Biden over the years, particularly on domestic economic issues. Her willingness to bash fellow Democrats made some Obama administration officials feel that she was self-servingly sanctimonious.

Warren’s answer on Medicare for All this week, however, is a possible sign of her willingness to align herself with Biden’s positions. Biden has shown a similar flexibility by embracing Warren’s bankruptcy reforms, the subject of many of their clashes in the early 2000s. Biden and his campaign have also shown a new openness to big, progressive proposals to revive the economy.

Warren said on Tuesday that she, too, thinks that voters are more receptive to robust policies than they were during the Democratic primary.

“I think the political moment has changed,” she said, pointing to the debate over what constitutes an essential worker during the pandemic. “Turns out it’s not an investment banker. … It’s people who get out there who put their own health at risk in order to keep life going in this country.”

People close to Biden say that politics and governing will both be factors in his VP decision but that the media coverage over-analyzes how a pick might affect the outcome in one swing state or another, as opposed to his own priorities.

Your guide to the permanent campaign — weekday mornings, in your inbox.

“This is a guy who has been preparing to be president nearly his entire adult life and knows the job of VP better than anyone who’s made this decision in a generation or maybe ever,” said one Democrat close to the Biden team. “And if you are primarily focused on mobilizing voters in November and not about governing, then you are fundamentally misreading the audience of one that you need to convince.”

Gene Sperling, the director of the National Economic Council in the Obama and Clinton administrations who has worked closely with Biden and many of the potential vice presidential picks including Warren, made a similar point.

“While people are always gaming out all the angles on who they think can best help the candidate win, I find they tend to underestimate the degree that someone who has been in the White House for eight years and held the job [himself] is going to be thinking about” the decision, he said in an interview.

Biden has drawn attention to several of the candidates — and his own campaign — through joint appearances with them. But the public events haven’t shed much light on what he or his closest advisers are thinking.

Many political scientists also say the data doesn’t show the vice presidential pick affects the outcome of the race much, anyway. Biden himself even made that argument during the 2008 general election, telling supporters in Ohio that “no one decides who they’re going to vote for based on the vice president.”

“I mean that literally,” he added.

There’s some reason to think it will be a more important consideration for voters this time, however, given Biden’s advanced age — he would take office at age 78 — and the strong possibility he would serve only a single term.

Taking no chances, Warren has been trying to showcase her potential political upside. She deployed her robust email list to raise money for Biden after she formally endorsed him. “I never had as many [contributors] until she endorsed me,” Biden said in a joint donor call with Warren that the campaign posted online Sunday.

Warren’s been plugging Biden’s website in media appearances. And in case her enthusiasm for a Biden presidency wasn’t apparent, her team produced a video lauding Biden’s implementation of the 2009 stimulus package.

“President Trump doesn’t value transparency and accountability,” Warren concluded in the recording. “But a President Biden will.”

Life at the Trump Tailgate: Spiked Slurpees, Culture Wars and the Coronavirus Hoax

Once Again, Democrats Are Caught In the Trump Trap