Turkey has announced it will ease lockdown measures next week that were imposed across much of the country amid signs of success in its efforts to contain the coronavirus. 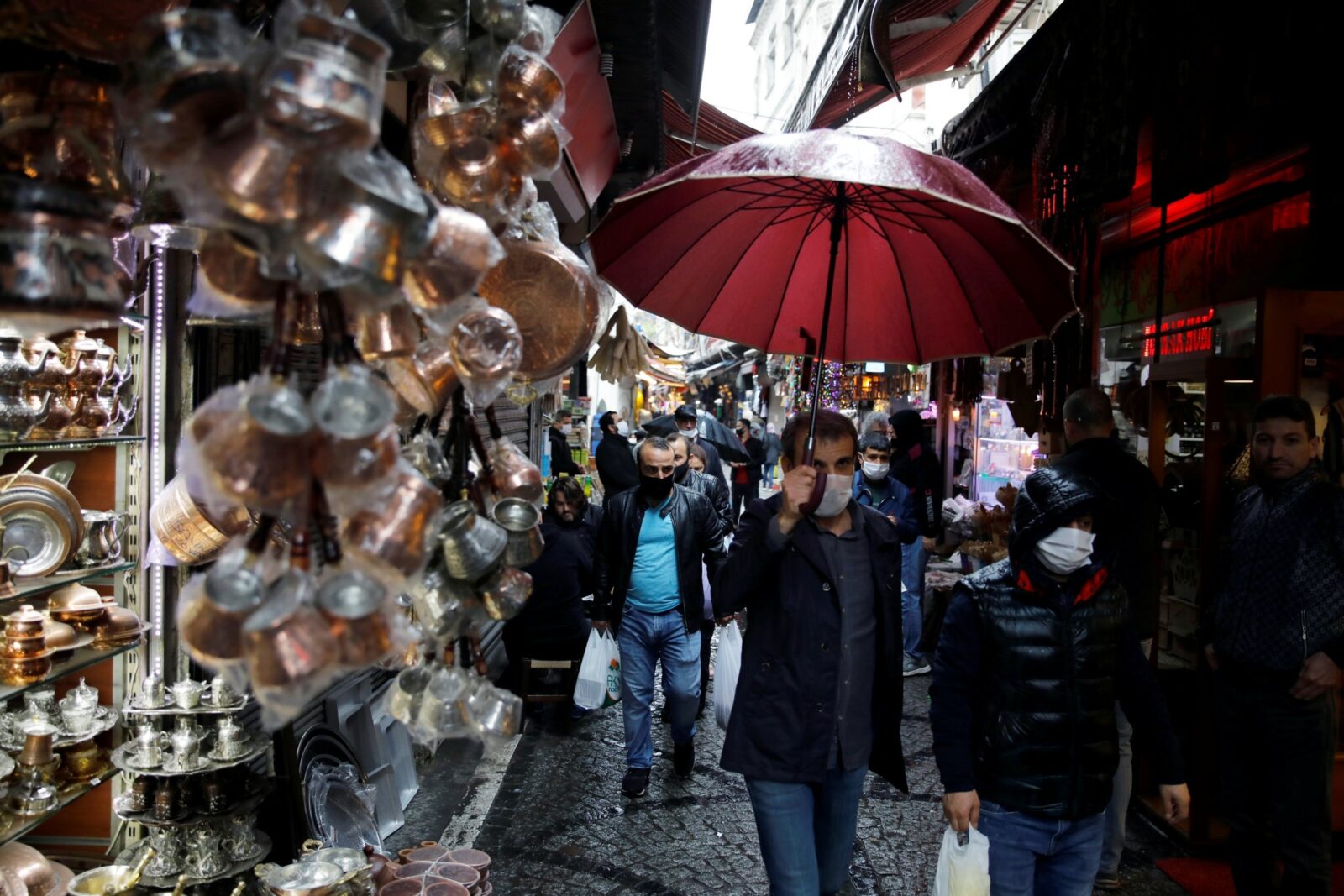 The move comes despite worries from doctors that the pandemic is still killing too many people and that easing restrictions could backfire.

Starting next week, the youth and elderly will be allowed to leave their homes for short walks in different four-hour slots, and shopping malls, clothing stores and hairdressers will be allowed to reopen, Turkey’s president Recep Tayyip Erdogan announced in a televised speech on Monday.

In addition, Turkey is lifting domestic travel restrictions on seven provinces that are tourism destinations, including the seaside cities of Antalya and Bodrum. Mr Erdogan also announced that authorities would allow the sale of facial masks, banned to prevent profiteering.

The lockdown on other major cities, including Istanbul, Ankara, and Izmir will continue, and Mr Erdogan warned that if social distancing and hygiene rules were not maintained, including the wearing of masks in businesses and offices, the government could reverse course and reimpose stringent rules.

Turkey has imposed draconian restrictions on public life, shutting most businesses and barring anyone under 20 or over 65 from the streets. Weekends have been even more severe, with all but essential medical and security workers confined to their homes in 31 provinces.

The removal of the restrictions comes as the country has seen the daily death toll from Covid-19 plummet from a peak of 127 on 19 April to less than 65 over the last two days. But the Istanbul Chamber of Medicine, a doctors’ association, has warned against easing measures too soon. Turkey has the eighth most coronavirus cases and 12th highest number of fatalities in the world despite possibly undercounting infections.

At least 3,461 people have died of coronavirus in Turkey and more than 127,000 have tested positive. The chamber said that the number of deaths in Istanbul province, the region of the country hardest hit by coronavirus, was between 3 and 35 per cent higher this year than previous years, suggesting a possible undercounting of cases.

“Despite the decrease in the number of patients applied to hospitals and the inpatients in the eighth week of the pandemic compared to previous weeks, the danger remains serious in Istanbul,” said a statement by the chamber. “The discussion about the relaxation of measures should be evaluated in the light of this fact and that the cost of an early and wrong decision will be heavy.”

The staggered approach to removing restrictions resembles the strategy employed by other nations, including France and neighboring Iran, which are lifting lockdowns in various regions according to colour codes corresponding to the severity of the pandemic.

Turkey’s economy was already in dire straits before the pandemic struck, with inflation rising, the currency losing value, and a $437bn mountain of foreign debt bearing down on the country.

Mr Erdogan has been eager to get the wheels of the economy spinning, and the government has permitted some construction, manufacturing and mining to continue even as much of the country was shut down to prevent the spread of the virus.